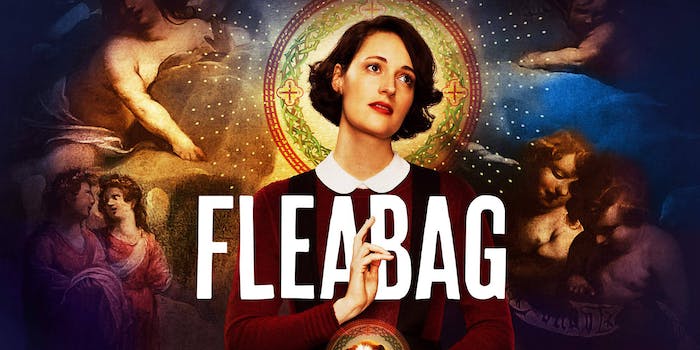 Looking for the best shows on Amazon Prime Video? We have some recommendations.

Amazon’s critically-aclaimed Undone stars Rosa Salazar (Alita: Battle Angel) as Alma, a 20-something who lives with her boyfriend (Siddharth Dhananjay), works at a daycare center, and drinks her problems away with her sister (Angelique Cabral). She’s restless, bored, and unsure of her future. When she sees what appears to be her deceased father (Bob Odenkirk) on the side of the road, she’s involved in a car accident. After waking from a coma, she can see and communicate with him, and her sense of time and space has been altered.

Jacob Tremblay stars as the titular Pete the Cat, who has fun with his pals rocking out in their band, losing their marbles, climbing Cat Meowtain, solving the amazing mystery of what goes honk in the night. Whether it’s Grumpy learning he’s gonna have a baby brother, Pete having a bad day, or Callie losing her voice—your favorite blue cat and his friends know they can tackle whatever comes their way, as long as they’re together.

One of the most acclaimed and influential TV comedies of all time, all 11 seasons of The Carol Burnett Show is available on Amazon Prime, including episodes not available for decades. The 25-time Emmy-winning show features Tim Conway, Harvey Korman, Vicki Lawrence, and Lyle Waggoner—not to mention, guests ranging from Lucille Ball and Cher to Bob Newhart and Don Rickles.

Years before the controversy that got her booted from the revival series, Roseanne Barr created this beloved sitcom about the Conners, a working-class family living in the fictional town of Lanford, Illinois. Alongside Barr, who starred as the titular matriarch, Roseanne featured the talents of John Goodman as Dan Conner and Laurie Metcalf as her sister Jackie. The series originally ran for nine seasons from 1988 to 1997, all of which are currently streaming on Amazon Prime.

This long-running “odd couple” British series stars David Mitchell and Robert Webb as Mark Corrigan and Jeremy “Jez” Usborne, respectively, two very different, dysfunctional friends who share a flat in Croydon, London. While Mark is a socially awkward loan manager with a cynical outlook on life, Jeremy is an irresponsible, juvenile slacker and talentless, unemployed musician who lives in Mark’s spare room. The series was co-created and written by Jesse Armstrong, making it required viewing for fans of HBO’s hit series Succession.

Ben Edlund’s beloved cult creation The Tick has already birthed a cartoon and a short-lived Fox sitcom, but the latest iteration from Amazon feels very different. The goofball antics of earlier versions are still on display, and The Tick’s mix of childlike enthusiasm and good-natured dimwittedness is front and center, but this version of the story is shaded by Arthur’s past traumas and the ongoing neuroses they spawned. It’s the most mature and nuanced riff on The Tick’s world we’ve seen yet—even though it’s still silly and fun as hell.

This Amazon/Channel 4 co-production is a critical darling that still feels like a hidden secret among American viewers. Starring Rob Delaney and Sharon Horgan as a couple whose one-night-stand turns into a pregnancy, and eventually, a marriage and family, Catastrophe is often painfully awkward and remarkably sweet within the same episode. It also features the guest star of all guest stars, the late, great Carrie Fisher, playing Rob’s mother Mia.

In the New York comedy scene of the early ‘60s, Miriam ‘Midge’ Maisel (Rachel Brosnahan) is your typical Upper West Side housewife. She has two kids, a husband who’s a junior executive and amateur comedian, and parents who live in the same apartment building as her. Everything changes when Midge finds out that her husband, Joel (Michael Zegen), has been stealing his jokes from established comics and has been cheating on her with his secretary. In one instant, her whole life falls apart. But when she shows up to the Gaslight Cafe where Joel sometimes performs later that night and gets onstage herself, she discovers something marvelous—that she’s the real comedian in her family.

Bosch isn’t groundbreaking television by any means, but it does what it does very, very well. Titus Welliver stars as Harry Bosch, a taciturn L.A. police detective with a dark past. Based on Michael Connelly’s best-selling novels, each season of Bosch adapts or pulls in elements from several of those books. The result is twisty, complex storytelling where—in classic detective story tradition—seemingly unrelated narratives snake around each other, eventually colliding in various clever ways. Welliver is reserved but charismatic in the lead, the sort of guy you’d want having your back during a descent into the neon-streaked darkness of L.A.’s underbelly.

Sam Esmail’s first major project since the success of Mr. Robot, Homecoming stars America’s sweetheart Julia Roberts and America’s soon-to-be sweetheart, Stephan James. The show, based on Eli Horowitz and Micah Bloomberg’s podcast of the same name, follows the Homecoming facility designed to acclimate soldiers to civilian life. Roberts stars as Heidi Bergman, a primary caseworker at the facility who develops a special bond with a veteran named Walter Cruz (James). The second season, which was released in May 2020, was directed by Kyle Patrick Alvarez and stars Janelle Monáe, Chris Cooper, and Joan Cusack with Stephan James and Hong Chau returning from the first season.

Amazon Prime joined forces with horror powerhouse Jordan Peele for Hunters, a fresh take on the subgenre that features teen heroes mobilizing to hunt Nazis. Inspired by real Nazi-hunting stories, Hunters is set in 1977 New York where it follows 19-year-old Jonah Heidelbaum (Logan Lerman), an adorkable geek who, despite his distance from the religious aspects of his Jewish heritage, is forced to confront virulent anti-Semitism on a daily basis. When Jonah’s grandmother is ruthlessly murdered, he is unceremoniously thrust into a world of intrigue, vigilantism, and—yes—hunting Nazis who intend to found a Fourth Reich in America.

Fleabag paints a funny and quietly devastating portrait of women and the choices they face. This seems to be Waller-Bridge’s personal brand. Since creating Fleabag, which is based on her brilliant one-woman play, creator Phoebe Waller-Bridge has gone on to develop another popular series that features complex women characters: BBC America’s Killing Eve. She’s also been tapped as a writer for the latest James Bond film, No Time to Die. We’re clearly going to see a lot more of Waller-Bridge’s work in the future. Yet, it’s Fleabag and the show’s main character that jumpstarted her career.

If superheroes are going to dominate the monoculture, then we at least deserve satire that’s as creative and interesting as The Boys. The new Amazon Prime Video series is the result of a partnership between comedy veterans Seth Rogen and Evan Goldberg and Supernatural creator Eric Kripke. The combination of Rogen and Goldberg’s comedic chops and Kripke’s genre expertise has yielded one of the most biting superhero parodies to date.

The Modern Love anthology series is predictably sentimental, offering snippets of different love stories in each of its eight episodes. Some of these episodes feel like half-formed romantic comedies, while others show more potential. The series is both helped and limited by the Times columns from which it pulls its stories. The columns provide structure and characters, yet the show tweaks all of the original stories—and tacks a Hollywood ending onto some of them.

Tales from the Loop

Inspired by Simon Stålenhag’s whimsical paintings of rural landscapes populated by retrofuturistic machines, Tales from the Loop is an atmospheric blend of sci-fi and subdued human drama. Falling somewhere between serialized TV and anthology shows like Amazing Stories, it takes place in a small town above “The Loop,” an underground particle collider that causes bizarre phenomena to emerge nearby.

Good Omens is a welcome addition to a genre that often takes itself too seriously. The six-episode series is based on Terry Pratchett and Neil Gaiman’s 1990 novel of the same name, but you don’t need to read the book to understand the plot of the show. Led by a stellar cast and imbued with playful touches, the series is a delightful comedy about the end of the world. Big-budget fantasy series are not always suitable for children, but it seems like Gaiman wanted Good Omens to appeal to a wide variety of ages.

Amazon gets its own Black Mirror in this sci-fi anthology. Philip K. Dick was always good at predictive text—not necessarily about tech we would be using in the future, but the ideologies and power structures that might come. Dick’s sci-fi short stories from the ‘50s provide the source material for Philip K. Dick’s Electric Dreams, which pulls from the author’s early works. A collaboration with Amazon Studios and Channel 4, where Electric Dreams partially premiered in 2016, this 10-episode series is a bit uneven, but more than 50 years later, some of his worlds still mirror our own.