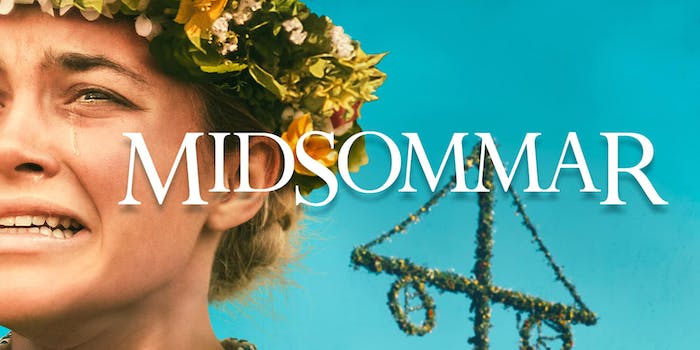 Here are the best horror movies on Amazon Prime

Whether you're looking for modern masterpieces or classic scary stories, Amazon Prime has the right horror flick for you.

Amazon Prime has a truly impressive array of titles, from comedies to sci-fi and more. But when it comes to horror, no one bests Amazon Prime’s lineup of scary movies. It’s as varied as it is impressive, so you’re sure to find an option that suits your spooky needs.

Whether you’re looking to revisit the classics or catch up on A24’s latest chilling masterpieces, this list is for you. Here, in no particular order, are the best horror movies on Amazon Prime right now.

The 7 best horror movies to watch on Amazon Prime

Hereditary, one of the most popular horror films of the last decade, is not for the faint of heart. Drawing inspiration from a number of horror subgenres, this Ari Aster film uses weighty dread, fever dream-esque fantastical elements, and just the right amount of jump scares to get under the skin of even veteran horror enthusiasts. This movie also uses several kinds of allegory to explore the nuances of familial strain and generational trauma. It does this through a lens of mental illness that is often, well, hereditary. This critically acclaimed masterpiece is by far one of the best horror movies on Amazon Prime.

The Daily Dot’s Audra Schroeder wrote in her review of the film adaptation Annihilation, “We still get to explore Area X, a quarantined area of a land besieged by mysterious environmental changes. That’s about where the similarities to the book end. The film uses [Jeff] VanderMeer’s spectral setting to get in its characters’ heads. Natalie Portman plays Lena, a biologist and former soldier who is grieving the loss of her husband, Kane (Oscar Isaac). He was sent into Area X on a secret mission and feared dead, but suddenly returns home—altered. … Lena’s mission [at Area X] is one of truth and redemption, but Portman plays her with appropriate detachment.”

Even if you’ve never watched a single horror movie in your life, you’ve probably heard of Friday the 13th, a clear choice for the best scary movies on Amazon Prime. This classic slasher from the ’80s centers on a group of teen camp counselors that a mysterious serial killer targets. As the murderer closes in on them, the ghost of the summer camp’s grisly tragedy from long ago confronts them.

In Gavia Baker-Whitelaw’s review of The Lighthouse for the Daily Dot, she wrote, “Writer/director Robert Eggers made his name with The Witch in 2015, a 17th-century horror story that used natural light and carefully researched Puritan dialogue to create an immersive historical setting. The Lighthouse is even more ambitious in its attention to detail. Filming in black and white (and in the square-ish 1.19:1 aspect ratio that died out in the 1930s), cinematographer Jarin Blaschke used vintage lenses and filters to create a quality of light that simply isn’t seen in modern cinema. It’s perfect for the sooty murk of the cottage where Thomas Wake ([Willem] Dafoe) and Ephraim Winslow ([Robert] Pattinson) are stuck for the duration of the film.

“… Ephraim is a new apprentice while Thomas is a curmudgeonly old sea dog, speaking like a cross between Captain Ahab and Long John Silver. … When a storm prevents the two men from ending their four-week stint on the island, their tense partnership descends into a bitter (and often comically petty) feud.”

The Cabin in the Woods lives at the perfect intersection of horror and self-aware comedy. It displays the comedic writing chops of Joss Whedon and Drew Goddard (who collaborated on Buffy the Vampire Slayer and Angel). This film breaks apart the horror genre, poking fun at its tropes while maintaining its status as a horror film. The stacked cast of Chris Hemsworth, Anna Hutchison, Richard Jenkins, and Bradley Whitford delivers a delightful cocktail of a film. It’s a fun but spooky romp.

Another horror classic, Child’s Play marked the birth of everyone’s favorite haunted (and homicidal) doll, Chucky. The film follows the story of a young boy whose widowed mother gave him the doll as a gift. Unfortunately, there’s a spooky twist: Chucky is possessed by the soul of a serial killer. This paranormal birthday present incites a series of sinister events that have gone down in the annals of horror history. It’s another must-pick for the best scary movies on Amazon Prime.

As Baker-Whitelaw previously wrote about Midsommar, “Ari Aster’s follow-up to Hereditary was gloriously imaginative and shockingly fun, pushing boundaries beyond what we saw in his more traditional debut film. Along with being a hypnotically stressful viewing experience, Midsommar gives us a lot to chew on. On the surface, it’s a story about a depressed young woman named Dani (Florence Pugh) going on vacation with her shitty boyfriend and his friends, visiting a cult-like Scandinavian village where things soon go in the direction of The Wicker Man. Going a little deeper, you’ll find a wealth of research into classic folk-horror, including the film’s brilliant original score by the Haxan Cloak, its gorgeously creepy production design, and subtle references to the fascist history of Northern European neo-mysticism.”