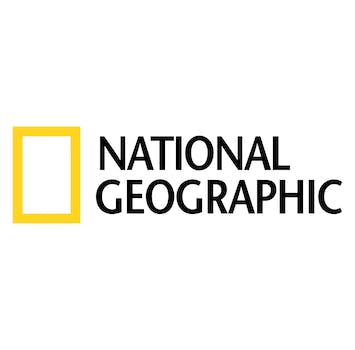 How to stream National Geographic

Explore history and nature's wonders without the hassle of cable.

In a sea of channels that have transitioned to reality television, National Geographic is an oasis for those still wanting panoramic shots of the world’s most epic vistas and intimate corners. That said, cable companies are keeping you tied down to your modest patch of dirt—and doing it at an expensive rate. If you’re ready to cut the cord and ditch your cable company for a cheaper streaming service, we’ve got you covered. Here’s everything you need to know to watch a National Geographic live stream.

The world-class magazine has existed since 1888, but the National Geographic channel was launched back in 2001. On the NatGeo channel, you’ll find factual documentaries focusing on nature, science, history, and culture, plus some pseudo-scientific offerings. The channel’s sister network, Nat Geo Wild, offers a ton of animal-themed content. Popular National Geographic shows include StarTalk with Neil DeGrasse Tyson, Inside North Korea, the Genius series, and the Mars series.

What is National Geographic?

National Geographic is an educational publication in circulation since 1888. The channel launched in 2001 as a joint venture of National Geographic Television and Film and Fox Cable Networks. It now falls under the umbrella of Disney, and many of its content can be found on Disney+.

How to stream National Geographic

National Geographic is available on a few of the major live TV streaming services. When trying to decide which one is best for you, you’ll want to weigh the cost, the other channels you’ll receive, and the compatible devices for streaming.

Hulu Live TV sets you up with local channels and has a broad spectrum of entertainment and sports channels to review, including the full suite of ESPN channels, Cartoon Network, FX, HGTV, and even deep cuts like National Geographic where you can stream Brain Games and The Story of Us.

If you’re looking for a streamlined, cost-effective streaming package that offers National Geographic, check out Sling TV. It offers two basic cable packages, Sling Orange and Sling Blue, each of which costs $30 per month. There’s also the third option of getting Sling Orange + Blue for just $45 per month. You’ll get more Sling TV channels by choosing Sling Blue, with its 40 channels including sports favorites like FS1 and NBCSN and cable mainstays like Food Network and Discovery Channel. But Sling Orange brings must-haves Disney Channel and ESPN as part of its package. To gain access to National Geographic you’ll either need Sling Blue or Sling Orange + Blue. Sling also has a number of add-ons, including robust international packages organized by languages all over the globe.

If you’re already looking to AT&T for your wireless needs, you might consider AT&T TV Now to cover streaming for you. AT&T TV Now channels start with Plus and Max, which even include HBO. Then, AT&T plans expand from there, approaching cable selection and pricing with AT&T TV Now’s biggest packages. AT&T streaming also comes with Cloud DVR, letting you record up to 20 hours of TV per month. If you’re looking to stream National Geographic, get the AT&T TV Now Plus tier.

Vidgo offers a package for under $40 a month that pulls together more than 60 English-language channels into its National English Package. Vidgo channels include ABC, Fox, the ESPN family of channels (including ESPN Deportes), and it’s one of the few streaming services that carries BeIN Sports. But it’s like Fubo in that, even though it started out for streaming sports, it carries a lot more now. You might be surprised to know that Vidgo’s an option to stream National Geographic—and then you chat about it online via Vidgo’s Social TV platform.

You can watch a National Geographic live stream or on-demand content from the comfort of a desktop PC, laptop, or the Nat Geo TV app, which is available on iOS, Android, Apple TV, Roku, and Amazon Fire. Simply go to nationalgeographic.com/tv/, and click “Live TV & Schedule.” Hover over the free preview timer, and you’ll see a prompt to sign in. Then find your streaming service provider, and log in using the credentials from that subscription. If you’re subscribed to one of the streaming services listed above, you’re all set.

It’s the same trick for the app, and you’ll find the app recommends content suited to your tastes over time.