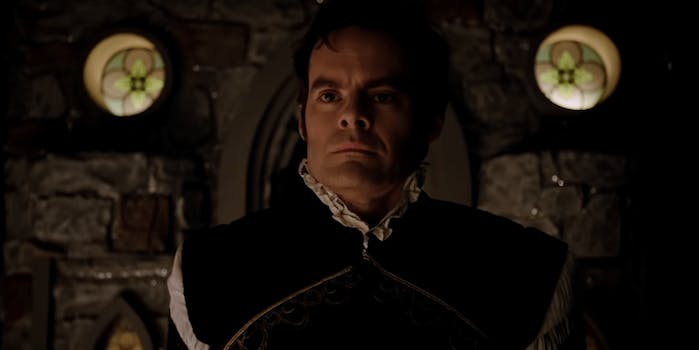 What’s the difference between HBO and HBO Max?

Cord-cutting seems to be the wave of the future, empowering viewers to watch their favorite programming how they want to without a massive cable package. No cable channel has anticipated the future of cord-cutters like HBO, first with its password-sharing friendly HBO GO, and then with the first standalone streaming option from a premium cable channel, HBO NOW. With the brand’s latest expansion HBO Max, things are changing yet again. Thankfully, these latest changes simplify things dramatically.

Previously HBO GO and HBO NOW was essentially the same service, you just paid for them different ways. If you paid for HBO through your cable company you used HBO GO for streaming HBO. Users who paid HBO directly used HBO NOW. It was a simple system.

Then HBO launched HBO Max, its long-gestating Netflix killer. HBO Max offers the same content as HBO, with the bonus content from the Warner Media library, like TMC movies, Friends, Big Bang Theory, Studio Ghibli films, and the Looney Tunes. While this has been a boon for fans of streaming content, it yet again means HBO’s apps are changing.

HBO NOW and HBO GO will soon be retired, leaving only HBO and HBO Max in their wake. The company released the following statement announcing the changes in June of 2020.

Now that HBO Max has launched and is widely distributed, we can implement some significant changes to our app offering in the U.S. As part of that plan, we will be sunsetting our HBO GO service in the U.S. We intend to remove the HBO GO app from primary platforms as of July 31, 2020. Most customers who have traditionally used HBO GO to stream HBO programming are now able to do so via HBO Max, which offers access to all of HBO together with so much more.

Additionally, the HBO NOW app and desktop experience will be rebranded to HBO. Existing HBO NOW subscribers will have access to HBO through the rebranded HBO app on platforms where it remains available and through play.hbo.com. HBO Max provides not only the robust offering of HBO but also a vast WarnerMedia library and acquired content and originals through a modern product.

Whether you buy directly through HBO, through a 3rd party like Hulu, or via your cable company HBO and HBO Max cost $15. Users who buy HBO directly through HBO or through a supported 3rd party automatically get access to HBO Max and it’s extra content. Users with an unsupported device or who buy through a cable company that doesn’t offer HBO Max support will still be able to access HBO content through the new HBO app on July 31st.

HBO vs HBO Max: What devices does it support?

At one point Roku and Amazon Fire devices didn’t support HBO Max. Thankfully after a months long cold war these titans of media have made friends and can play nice. Whether you use HBO or HBO Max, your device can support either option.

HBO vs HBO Max: Which one is better?

In a battle between these two services, HBO Max is the clear winner simply because of its existence. By its very nature HBO Max is a better service, offering everything HBO does along with thousands of extra titles from the WarnerMedia library. When you consider the services cost exactly the same, its impossible to say you shouldn’t do your best to get access to HBO Max if you can.

How to stream HBO