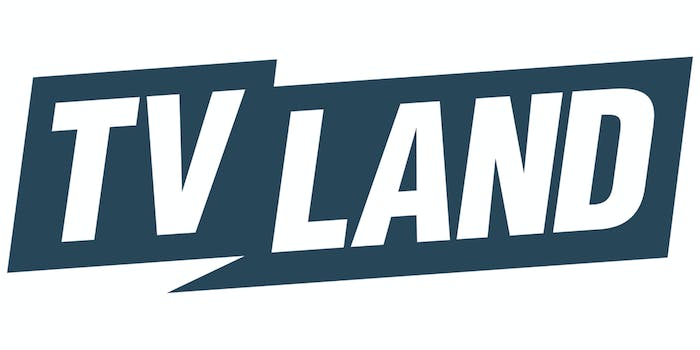 How to watch TV Land online for free

Here's everything you need to know to watch your favorite sitcoms.

For many, TV Land is the place to watch beloved classic TV shows like The Brady Bunch, All in the Family, Alf, or maybe The Dick Van Dyke Show. These days, TV Land offers more sitcoms from the modern era and a few selections from the ’80s, but it hasn’t lost nostalgic charm. Thankfully, the channel has kept up with the times when it comes to finding a live stream of classic old shows. So if you’re looking to ditch expensive cable plans, here’s everything you need to know to watch a TV Land live stream for free.

Where to stream TV Land

What is TV Land?

Founded in 1996, the channel immediately banked on nostalgia for sitcoms from the 1950s and onward. In addition to the shows mentioned above, some popular options included The Andy Griffith Show, Bonanza, and The Cosby Show. These days, you’ll find the channel serving up Everybody Loves Raymond, Hot in Cleveland, M*A*S*H, The Golden Girls, The Goldbergs, Lopez, Two and a Half Men, and more.

You won’t find a TV Land live stream available on every live TV streaming service—notably, Hulu Live TV, FuboTV, and YouTube TV are all missing the channel. But you still have a few options for getting TV Land, including two platforms that come with a free seven-day trial.

Philo is a budget-minded streaming service, and depending on what channels you want, it might be right for you. The 59 Philo channels lean decidedly toward entertainment; the Philo channel list includes AMC, Discovery, IFC, Lifetime, and the Paramount Network, all for $20 a month. If you’re a fan of legacy TV, you’re in luck: You can find it on Philo. Philo also comes with free cloud DVR, but shows recorded are deleted after 30 days, so binge responsibly.

If you’re looking for a streamlined, cost-effective streaming package, check out Sling TV. It offers two basic cable packages, Sling Orange and Sling Blue, each of which costs $30 per month. There’s also the third option of getting Sling Orange + Blue for just $45 per month. You’ll get more Sling TV channels by choosing Sling Blue, with its 40 channels including sports favorites like FS1 and NBCSN and cable mainstays like Food Network and Discovery Channel. But Sling Orange brings must-haves Disney Channel and ESPN as part of its package. To gain access to TV Land, you’ll either need Sling Orange, Sling Blue, or Sling Orange + Blue and the Comedy Extra channel suite. Sling also has a number of add-ons, including robust international packages organized by languages all over the globe.

If you’re already looking to AT&T for your wireless needs, you might consider AT&T TV Now to cover streaming TV Land for you. AT&T TV Now channels start with Plus and Max, which even include HBO. Then, AT&T plans expand from there, approaching cable selection and pricing with AT&T TV Now’s biggest packages. AT&T streaming also comes with Cloud DVR, letting you record up to 20 hours of TV per month. If you’re looking for TV Land, get in at the AT&T TV Now Max tier to stream it.