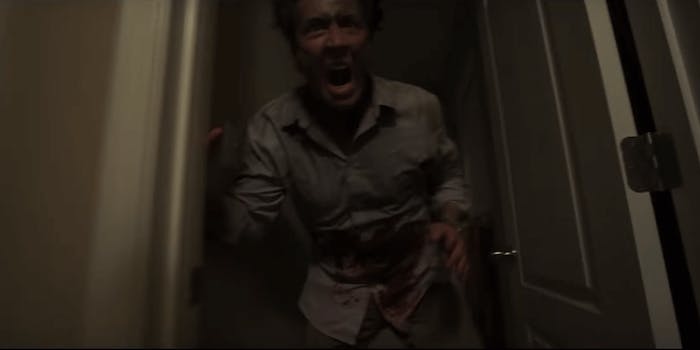 The best thrillers on Hulu

The best thrillers on Hulu are just a click away.

The best thriller movies on Hulu

This 2013 indie is something of a sleeper hit, combining found footage with artful thriller. Six astronauts are sent to explore Jupiter’s moon, Europa, funded by a private company, but of course, things don’t go as planned. We know right away that the mission lost contact with Earth, but unraveling exactly what happened—and what they encounter—is more meditative than horrifying. —Audra Schroeder

Can a movie about a couple that abducts and tortures women truly show the human element of their debased crimes? Hounds of Love tries, as its presents John and Evelyn White, and what happens in their home after drugging and kidnapping a teenager named Vicki. Much of the violence is heard but not shown, but it still has a nauseating effect. The focus is more on how warped their relationship is, and how Vicki knows she has to pit them against each other to survive. Even more chilling: The story mirrors the real-life crimes of David and Catherine Birnie, who in 1986 abducted five women over the course of a month, killing four of them. —A.S.

How do two parents deal with losing a child? Ben and Hazel Slater try to move forward with their lives after their tragic loss, by escaping to the Irish countryside to restore an idyllic hotel. But this doesn’t stop the couple from being haunted by the memories, and they stumble upon some seriously grim revelations that will churn your spine. —Jaime Carrillo

Fresh off his stint on the first film in the Star Trek reboot, J.J. Abrams threw audiences for a loop with this science-fiction monster film. It’s as thrilling as any film in the Abrams oeuvre that answers the question, “What would the X-Files be if they replaced Mulder and Scully with a group of plucky kids?” –—J.C.

For many American families, Thanksgiving can be a bloodbath of egos because of any number of political disagreements. When the United States government asks citizens to sign an oath of allegiance, the conflict between Chris Montana and his family escalates to hilarious proportions. This black-comedy thriller may feel a little too prescient these days. —J.C.

Can you ever truly know an assassin? Annie is one of the best contract killers around, but she’s hiding a lifetime’s worth of secrets. This action-thriller moves at a break-neck speed and only stops to drop some serious revelations on your head. If you blink, you’ll miss it. The 95 minutes will fly by. —J.C.

A satire of the art world, Ruben Östlund’s The Square deconstructs idealism and status. We’re presented with Christian (Claes Bang), a handsome museum curator who spends his days thinking about high-concept art installations. When his phone is stolen, however, he hatches a plan that goes horribly, hilariously wrong. Elisabeth Moss stars as a reporter who corners Christian in one of the film’s funniest scenes, and Terry Notary shows up to terrify the art-world elite. You’ll watch some scenes with your hands over your eyes, and laugh out loud at others. —A.S.

Ali Abbasi’s 2018 film is part thriller, part dark folk tale. Tina (an incredible Eva Melander) is a Swedish customs agent who can smell illegal items as well as emotions, and her heightened sense leads her to Vore (Eero Milonoff), a man who looks (and smells) more like her. This awakens a part of her, just as she’s brought in to assist with a child pornography investigation. That’s only about half of what Border throws at you: There’s a complex love story, a fantastical backstory, and a familial reckoning. It sneaks up on all your senses. —A.S.

Legal thrillers often feel like an oxymoron, but there are certainly a few outliers, including Joel Schumacher’s The Client. After two preteen boys stumble on a mob lawyer suicide, they become star witnesses in a huge media case. The conflict between the ambitious U.S. Attorney and a recovering alcoholic lawyer representing the youths arrises immediately, in a film that makes any episode of Law and Order feel like Sesame Street. —A.S.

Do you have a friend that just can’t grasp the concept of “late capitalism?” For those who simply can’t read Marx, there’s Korean black comedy thriller Parasite. The Golden Globe Winner for Best Foreign Language Film is a fantastic encapsulation of the world it’s wrought. Sure, its message may go over the head of the uber-wealthy, but even they can’t deny its greatness. —A.S.

Conman Michael Vaughn gives people closure by making them think that he can communicate with their dearly departed loved-ones. When Vaughn is taken captive by a psychologically unstable man looking to tap into his talents, the conman sees an opportunity to save his fleshing career. Expect a thriller that makes you laugh as much as it keeps you guessing. —J.C.

Into the Dark: I’m Just Fucking with You

With its I’m Just Fucking With You April Fool’s Day episode, the Into the Dark series once again wades into toxic waters—this time about the perils of online harassment. Larry (Keir O’Donnell) is on his way to blow up his ex-girlfriend’s wedding day, figuratively speaking. He stops for the night at a motel, where he meets Chester (Hayes MacArthur), the ball-busting bartender handling check-ins for the night, who punctuates all of his jokes with a laugh and an “I’m just fucking with you.” As the story progresses, the two characters slowly move together into an overlapping Terrible Person Venn Diagram. I’m Just Fucking with You executes its straightforward premise well and features lively performances, making it one of the series’ best installments yet. —Eddie Strait