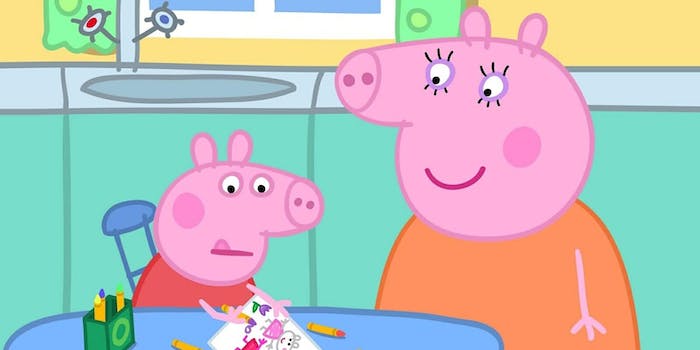 If you have a preschooler, you'll need Nick Jr.

Where to stream Nick Jr.

Like Batman, most children’s networks lead dual lives. Sure, they obviously angle to entertain children. But they often work just as hard to appeal to adolescents and adults—witness the proud lineage of ostensible kids shows as beloved by parents as they are by children, from Animaniacs to Adventure Time.

Nick Jr. aims to please the very young—primarily preschoolers aged 2 to 6. There’s not a lot for parents here, but there is a lot of quality programming that’s safe and frequently educational for young kids to enjoy. Classic Nick Jr. series like Blue’s Clues, Dora the Explorer and its spinoff Go Diego Go! live here. There’s also the STEM-encouraging Blaze and the Monster Machines, the internationally beloved Peppa Pig and the inescapable Paw Patrol. In other words, it’s a much safer place for a child than YouTube.

Here’s everything you need to know to watch a Nick Jr. live stream.

Nick Jr. is available on a few of the major live TV streaming services. When trying to decide which one is best for you, you’ll want to weigh the cost, the other channels you’ll receive, and the compatible devices for streaming services listed below. But don’t worry: No matter which service you select, you’ll be able to start with a one-week trial, allowing you to watch Nick Jr. for free.

Philo is a budget-minded streaming service, and depending on what channels you want, it might be right for you. The 59 Philo channels lean decidedly toward entertainment; the Philo channel list includes AMC, Discovery, IFC, Lifetime, and the Paramount Network, all for $20 a month. If you’re a fan of Nick Jr., you’re in luck: You can find it on Philo. Philo also comes with free cloud DVR, but shows recorded are deleted after 30 days, so binge responsibly.

If you’re looking for a streamlined, cost-effective streaming package, check out Sling TV. It offers two basic cable packages, Sling Orange and Sling Blue, each of which costs $30 per month. There’s also the third option of getting Sling Orange + Blue for just $45 per month. You’ll get more Sling TV channels by choosing Sling Blue, with its 40 channels including sports favorites like FS1 and NBCSN and cable mainstays like Food Network and Discovery Channel. But Sling Orange brings must-haves Disney Channel and ESPN as part of its package. To gain access to Nick Jr., you’ll either need Sling Blue, Sling Orange or Sling Orange + Blue. Sling also has a number of add-ons, including robust international packages organized by languages all over the globe.

FuboTV started as a streaming service geared toward sports fans, but it’s evolved into a broadly-appealing option with entertainment and news options alongside its robust sports choices. Depending on the package, you can access as many as 181 FuboTV channels, including Nick Jr. of course. If you’re looking for more adult entertainment, Bravo, IFC, MTV, and VH1 are included even at Fubo’s most basic tier. The Fubo channel list still features plenty of sports, including the Fubo Sports Network, which has original programming mixing sports and humor. The FuboTV cost starts at $54.99 a month, and with Disney Media favorites like ABC, ESPN, and the Disney Channel coming on board in 2020, some who were on the fence about Fubo are giving it another look.

To watch Nick Jr., you’ll want to dock in at the FuboTV Standard level.