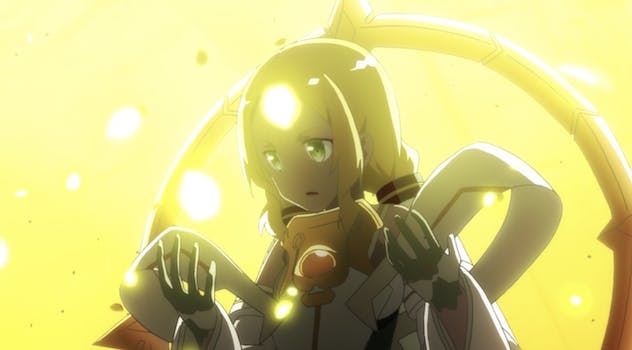 The 15 best anime on Amazon Prime

Get your watchlist ready.

If you’re in the mood for anime, Amazon is a good place to find it. The streaming service has dramatically beefed up its anime streaming selection and it’s all available to Prime subscribers on demand. Get your watchlist ready. Here’s our list of the best anime on Amazon Prime.

The best anime on Amazon Prime

Here’s a 90s classic you might be surprised to find on Amazon. Iria is a space bounty hunter haunted by the mysterious and seemingly unstoppable Zeiram. When a standard mission uncovers the monster, she sets out for revenge.

Fighting a conspiracy and other hunters, Iria is all that stands between Zeiram and billions of lives. This six episode series features cool gadget, brutal fights, and gorgeous design.

If one of Lovecraft’s old gods was a Power Rangers villain, you’d have Zeiram. In the gold mine of anime on Amazon Prime, this is a hidden treasure.

Yu-Gi-Oh! is the epitome of after-school cartoon-watching, having aired on Kids’ WB in the early 2000s. The story follows tenth-grader Yugi Mutou, a timid and nerdy lover of all things gaming.

Yugi solves the Millenium Puzzle and unlocks an amazing power. He’s now able to transform into a powerful version of himself: Yugi Yami. As Yugi Yami, he duels dark or evil individuals that threaten him or his band of friends.

In the Shadow Games, Yugi competes in various battles that take the form of card or dice-rolling games. It’s an exciting series if you can trust the heart of the cards. —Sherry Tucci

Elfen Lied dives deep into the nightmarish results of a government experiment on telekinetic energy. Lucy is a mutated human born with horns and telekinetic powers called a Diclonius.

After escaping from the government, she takes up with two college students who don’t know her identity. Lucy’s powers and sanity are pushed to their limits as the government hunt her down.

If you’re squeamish, stay away. Elfen Lied starts brutal and stays the course, making it one of the most brutal anime on Amazon Prime.

Cobra, a space pirate with a gun arm and a legendary reputation, has been hiding for years. But when he falls in love with a bounty hunter whose wanted by a crime lord the time for hiding is over.

If you’ve never experienced 80s anime, Space Adventure Cobra is a wonderful place to start. Funny, but thrilling, and packed with great animation. It may be showing its age, but fans should know anime history.

There’s Magnetic Rose by Kofi Morimoto of The Animatrix. Next comes Stink Bomb by Tensai Okamura, who worked on Darker Than Black. Finally, is Cannon Fodder from Akira‘s Katsuhiro Otomo.

Each story explores a dystopian sci-fi universe, full of ghost town space ships and biological weapons. Equally horrifying and inspiring, Memories is unlike anything else streaming right now.

Anime can tell any kind of story. But Robot Carnival tests the boundaries of what counts as a story. This almost dialog-free oddity follows a massive traveling robot city called the Robot Carnival.

Over three segments we learn what life used to be like in the carnival, the nightmare it becomes, and the hopeful future ahead of it. Robot Carnival is a symphonic sci-fi extravaganza.

It’s experimental, but it’s easy to understand why it’s been beloved for over thirty years.

Calling an anime “mature” often means the content it contains is flooded with gore and sex. ONIHEI is mature in a classical sense, a thoughtful historical drama with thrilling flashes of violence that accentuate the plot rather than drowning it out.

Set in the Edo period, ONIHEI follows a Heizo Hasegawa as he investigates a series of robberies and arson hitting the city. Essentially a 1600s cop drama, this gorgeously animated series is a breath of fresh air when you’re all burned out from magic and monsters.

We’re thankful there’s so much variety in the anime on Amazon Prime.

Years ago a great disaster turned Shinjuku into a city controlled by evil. Decades later, a young man named Kyoya saves a woman from being killed by monsters and his life changes.

Drawn into battle by destiny, Kyoya finds himself racing against time to stop the psychic Rebi Ra from opening a portal to hell. The monster design is unbelievable, but the mystical fights are the star of the show.

With only 12 episodes, Anonymous Noise is a short series, but this Shojo series is sure to be a hit with romance anime fans. Nino is a shy teenage girl with an incredible gift, her voice.

Haunted by the loss of two friends—Momo, her first love, and the composer Kanade, who helped her discover her gift—Nino enters high school hoping one day they’ll hear her singing and return.

The plot borders on cliché, but the catchy pop songs make it worthwhile.

Inuyashiki is a loser. At 58 he looks 70, his daughter says she’s his grandaughter, and his wife ignores him. Miro is an arrogant teenager who barely cares for his closest friends.

They have nothing in common, until a UFO lands on them, and the aliens rebuild their shattered bodies as powerful robots. Finding themselves with abilities beyond imagination, the two men see different opportunities. One conquest, the other peace.

Body horror meets heartbreaking emotional resonance in this shocking twist on familiar anime tropes. Don’t miss out on one the most surprising anime on Amazon Prime.

Beyond having easily the most fun name in anime, Vatican Miracle Examiner is one of the only anime to explore esoteric Christian theology, even if it often gets things wrong.

Viewers join two priests on a journey around the world attempting to validate miracles for the Vatican. The Lord may work in mysterious ways, but so does the devil and humanity, leading Hiraga and Roberto on a dangerous quest in the name of God.

A surprisingly subtle approach to the spirit world sets this far apart from other demon-fighting anime.

Post-apocalyptic anime is rarely described as “meditative” or “lonely” but Girls’ Last Tour is a rare title. In a future where almost all of mankind has died, two teenage girls scour the wasteland looking for fuel, food, and supplies.

It’s a testament to the power of the series’ characters that it’s never boring, despite its limited cast and deliberate pace. Spending an episode on seemingly mundane tasks like getting a photograph machine to work may first seem dull.

In the face of bleak destruction, these moments of humanity remind us our heroes are fighting for not life, but their humanity.

Every anime fan has dreamed of jumping into their favorite series at some point, but Re: CREATORS shows the downside of such adventures. Sota is a high school anime fan who dreams of being more than a spectator until he finds himself face to face with his favorite characters in the real world.

As more characters from different series enter the real world, Sota must race to save the world from a princess in a military uniform who threatens the world.

Drawing from the whole world of anime from magic to dating sims, Re: CREATORS is a bold series with plenty of Easter eggs for eclectic anime fans.

Riko is an orphan girl who lives in Orth, an island city that surrounds a giant gaping hole deep into the Earth known as the Abyss. While exploring the Abyss, a mysterious and dangerous place that claimed the life of her mother, Riko finds Reg a robotic young boy.

The duo decides to travel together deep into the Abyss, knowing their adventure means almost certain death but also a chance to unlock the mysteries of what lies below.

Don’t let the cheerful animation fool you; this is a surprisingly mature series, with one of the most compelling stories of any anime on Amazon.

In the land of Mistarcia Gods, demons, and humans walk alongside one another in an uneasy peace. Oddly, Virgin Soul has no real main villain.

Instead, the show focuses on how the conflict between humans, demons, and Gods impacts its protagonist Nina. Giving away much more would spoil the Virgin Soul’s secrets, but be prepared for an unexpected and unconventional love story within this thrilling adventure.

If you’re hungry for more Rage of the Bahamut, it’s prequel is available for rent on Amazon