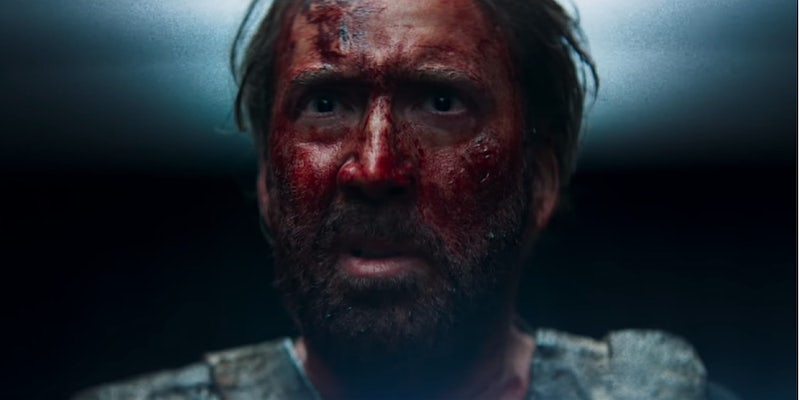 These serial killer movies on Amazon Prime will raise your blood pressure (and the hairs on your neck).

Before Wonder Woman, director Patty Jenkins tackled another complicated personality: serial killer Aileen Wuornos. In this fictionalized account of her life she’s played by Charlize Theron, who went deep undercover to more accurately resemble Wuornos, a sex worker who killed seven men across the state of Florida in the late ‘80s. Theron inhabits her, and the film unravels around her powerful performance. —Audra Schroeder

It’s 1983 in the Shadow Mountains, a serene swath of the Pacific Northwest. Red (Nicolas Cage) is a stoic logger; his partner Mandy (Andrea Riseborough) is an artist who runs a shop. When a demented cult leader named Jeremiah Sand (Linus Roache) calls upon his minions to bring her to him, it’s clear that we’re going to get fresh eyes on the revenge-movie genre. Panos Cosmatos’ Mandy is a movie cleaved into two halves, and the second half is when the patented Cage rage really starts to spurt. It’s about male rage, grief, and entitlement, but it has a little more beauty and hope under all that blood and gore. —A.S.

3) You Were Never Really Here

Joaquin Phoenix has never been better with a hammer. In Lynne Ramsay’s dark thriller, Phoenix plays Joe, a closed-off husk of a human who makes his living as a hitman. When he’s hired to save a politician’s daughter from sex trafficking, his past trauma starts to unravel and we’re left to battle demons with him. —A.S.

4) Henry: Portrait of a Serial Killer

Henry: Portrait of a Serial Killer was so controversial that, although originally released in 1986, it didn’t see a wide release until 1990 due to the MPAA giving it an X rating. That’s right: This film has been labeled pornographic by the MPAA simply for its soul-crushing violence. Henry is a drifter, moving from place to place and committing murders as he goes. Women, men, children—all fall at Henry’s evil hands. Until, that is, he meets up with his old friend Otis and Otis’ sister Becky. As the old friends start a wave of violence together, Henry builds a relationship with Becky that has consequences for everyone involved. While shocking, the violence is relatively tame by today’s standards, but Henry: Portrait of a Serial Killer has lost none of its terrifying impacts, and it’s one of the best serial killer movies on Amazon Prime. Michael Rooker (Guardians of the Galaxy) gives evil a face as Henry, and it’s one you won’t quickly forget. —John-Michael Bond

This South Korean thriller pits two of the country’s most well-known actors (Choi Min-sik and Lee Byung-hun) as a cop and a serial killer, respectively. It’s a cat-and-mouse story, or maybe cat-and-cat is more appropriate, as Byung-hun relentlessly tracks and tortures the man (Min-sik) who killed his wife. The film is directed by maestro Kim Jee-woon, so you’re in good hands. I Saw the Devil is brutal and provocative, and if you have the stomach for it, it’s well worth a watch. —Eddie Strait

Denis Villeneuve is now a well-established name thanks to heady sci-fi films like Arrival and Blade Runner 2049, but in 2009, he tackled a true story. In December 1989, Marc Lépine opened fired at Montreal’s École Polytechnique, killing 14 female students and injuring 14 other women and men. Women—and Canada’s feminist movement—were Lépine’s target, and though Villeneuve’s black-and-white film is beautifully framed and paced, that the film is still so relevant leaves one with a sense of dread. —A.S.

Vince Vaughn has never been better on screen. He plays a man who gets himself mixed up with the wrong people and finds himself in prison. In order to keep his wife safe, he must brawl (there it is) his way through to the jailhouse kingpin. Anyone familiar with S. Craig Zahler’s Bone Tomahawk knows that means plenty of skull-cracking violence will ensue. Brawl is a brutal, somewhat stunning B-movie. Oh, and there’s a scene where Vaughn pummels and tears apart a car with his bare hands. —E.S.

The Chiodo brothers put out an American classic with this 1988 horror comedy. The killer clowns in question are indeed from outer space, and they’re hellbent on harvesting as many humans as possible. Along the way they come up with a lot of inventive ways to kill: balloon animals, pies, shadow puppets, cotton candy. —A.S.

9) Aileen: Life and Death of a Serial Killer

This film by documentary filmmaker Nick Broomfield is a bookend to his 1992 film, Aileen Wuornos: The Selling of a Serial Killer, which explored the corruption running through the trial of one of Florida’s most infamous serial killers. A decade later, Broomfield returned to Florida, called as a witness before her execution. Perhaps inadvertently, he becomes a character in his own film, and the cast of supporting characters surrounding the trial is quintessentially Florida. His interactions with “Dr. Legal,” aka Stephen Glazer, Wuornos’ one-time, cable-access–famous lawyer, are the film’s comedic relief. Wuornos was also on death row at the time of filming (she died by lethal injection in 2002), and Broomfield is able to extract her come-to-Jesus monologues, though they do little to illuminate who Wuornos truly was. —A.S.

Mickey Rourke’s private investigator Harry Angel takes on a case that brings him to New Orleans, where he meets up with a man named Louis Cyphre (Robert De Niro). Angel’s trying to find a missing singer, but soon people start dying around him, and he finds out Louis’ real identity. —A.S.