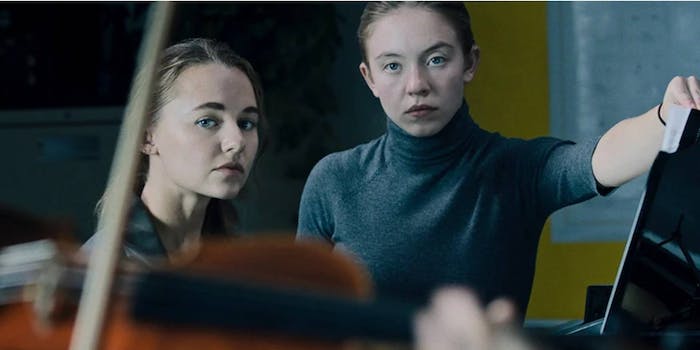 Here's the best of what's new on Amazon Prime Video this month.

Amazon’s super-sized approach to sales carries over to how it handles Amazon Prime Video. Each month they add tons of content, from Hollywood to Amazon’s own productions. Let us give you a head start on what to watch. Here are the best new shows and movies on Amazon Prime Video in February 2021.

Millions of people around the world believe they live in a simulation, but how many have proof? After losing his job and marriage, Greg (Owen Wilson) is left adrift, until a beautiful stranger named Isabel (Salma Hayek) tells him his problems are fake. His life isn’t falling apart, he lives in a simulation.

As the lines between reality and simulation begin to breakdown Greg must discover which world is the real one before he’s lost forever. Based on the trailer, this mind-bending tale of psychological sci-fi terror is one to watch out for.

The Map of Tiny Perfect Things

The problem with teenage romance is your youth disappears in a flash. But Mark (Kyle Allen) can’t relate, after all, he’s stuck in a time loop reliving the same day over and over. Then he meets Margaret (Kathryn Newton), a mysterious girl trapped in the same loop.

The two set out to discover every tiny thing that makes a perfect day, meeting up whenever the loop resets. As friendship evolves into love, the question if it’s possible to escape the loop. More importantly, do they want to? This sci-fi teenage romance puts an adolescent spin on the popular time loop trope.

What new movies are on Amazon Prime Video: February 2021

Given the history of video game movies, you would be forgiven for expecting the worst of Sonic the Hedgehog. This is after all the movie that got delayed by almost a year because the original character design sparked fan outrage. Well, we’re pleasantly surprised to inform you that Sonic the Hedgehog is a action packed, family film for all ages.

Sonic is a super fast anthropomorphic hedgehog from another reality. When he draws the attention of the government by causing a blackout, Sonic must run from the evil Dr. Robotnik and his army of robots. With thrilling action and warmly funny dialog, Sonic is an unexpected treat.

Christopher Nolan has only dabbled once in the world of period pieces but the mind bending result, The Prestige, might be his best film. Yes, Batman fans, we’re serious. The Prestige is a story of magic and revenge set in 19th century London.

Following a tragic accident a magic duo begin a years long rivalry of magic and madness. Giving away too much of the plot would ruin the best secrets The Prestige keeps up its sleeve. It also features an unbelievable cast including Hugh Jackman, Christian Bale, Michael Caine, and Scarlett Johansson.

Police violence feels like a modern conversation, but for the lives of African Americans its a struggle thats raged for decades. 2017s provocative Burn Motherf*cker, Burn explores the April 29, 1992 riots in Los Angeles that erupted following the acquittal of the cops who beat Rodney King.

Burn… is a libertarian nightmare. But it’s also an important watch for people on all sides of the political divide. Full of incredible archival footage and powerful interviews, Burn Motherf*cker, Burn! is essential viewing.

Tell Me Your Secrets (Season 1)

Amazon is keeping details of this original series tightly held to their vest, but what we know is tantalizingly. Tell Me Your Secrets follows three people; Emma, a woman haunted by her encounter with a murderer, John, a former predator looking for redemption, and finally, Mary, a mother searching for her missing daughter.

Over the course of the series viewers will follow these three threads as each character is pushed to the limits of their humanity. Originally originally set to debut on TNT this thriller was picked up by Amazon last year. We except this to be one of the best new shows on Amazon Prime Video this year.

Everyone’s favorite big red dog is back for a fresh set of family friendly adventures. This season sees Clifford and the denizens of Birdwell Island celebrate valentines Day, learning about Halloween, and even throwing a birthday party for our canine hero.

There’s even a new baby on the horizon. Learn about the importance of family and friendship with your kids with new episodes of Clifford starting Feb. 12.

The Las Cumbres boarding school is an isolated place, located deep in the countryside and far from civilization. Its students body is made up of troubled kids who’ve come to the academy to rehabilitate. Boarding school can be hell, but these students are about to learn of a darker evil living on campus.

Because while the school may be far from civilization, its surrounding land is home to unspeakable ancient evils. What’s worse, demonic forces or high school? The students of Las Cumbres are about to find out.

What new shows are on Amazon Prime Video: February 2021