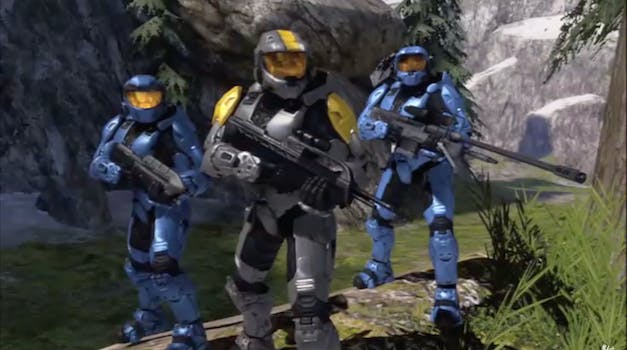 The best series to stream on Rooster Teeth

Give your funny-bone a workout.

Rooster Teeth has been blowing up in a big way.

The entertainment company has come a long way since its very first series Red vs. Blue, which premiered in 2003. Since the days when an animated series about incompetent soldiers put them on the map, the brilliant minds at Rooster Teeth Productions have been hard at work. They’ve created dozens of new series and even a few films, all of which can be enjoyed over on the Rooster Teeth website.

Honestly, every bit of content Rooster Teeth pumps out is worth checking out. These guys are the dream of a modern day success story. What began as a group of college friends reviewing games evolved into a massive multimedia company. Now a bit past their college years, that same group of friends is still behind most of the content that Rooster Teeth puts out.

With some experience under their belts and far more financial flexibility, the great minds at Rooster Teeth Productions have created some of the most popular series online today. In no particular order, here are the best of the best.

Red vs. Blue is what started it all. Two years before YouTube even became a platform, the first episodes of Red vs Blue were available to stream online. This series now has a whopping 17 seasons available to stream. Though early episodes typically clocked in at under five minutes, later seasons feature a more typical 10 and 20 minute episode format. 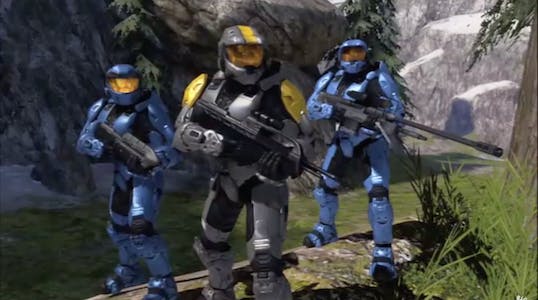 The series centers on two groups of incompetent soldiers engaged in a so-called civil war over a box canyon in the middle of nowhere. Although the soldiers themselves are the focal point of the series throughout, later seasons introduce new characters and stories.

The humor that put Rooster Teeth on the map is prevalent in every Red vs. Blue episode, however more recently the series has become known for complex character and plot development, as well as genuinely awesome fight scenes.

Red vs. Blue is a gem of the early internet, and remains the longest running web series of all time. If for no other reason, that alone makes the series worth checking out.

This animated series premiered in 2016, and has been going strong ever since. Four complete seasons are now streaming, with each episode running about 12 and a half minutes. Fans of other Rooster Teeth series will recognize many of the voices behind Camp Camp characters, such as Miles Luna and Michael Jones. 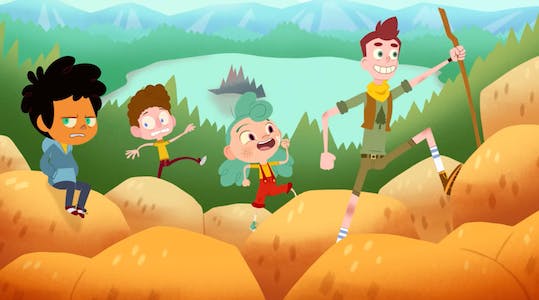 The charming 2D animated series follows the adventures of a cynical camper named Max as he attends Camp Campbell. Along the way he runs into a number of charming characters, including the relentlessly cheery camp counselor David, in addition to an eclectic collection of campers.

One of the best live-action series Rooster Teeth has developed so far is Immersion, the offbeat series that examines how video game rules might translate to the real world. As such, the team suits up in each episode to attempt a number of common video game tasks with real-world rules. 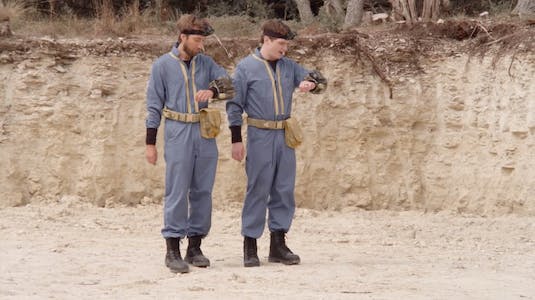 This series is a must-watch for gamers. Anyone who has ever questioned the rules or non-player character (NPC) responses in their favorite game will be entertained by the carefully crafted scenarios the series manages to come up with. Over the course of five seasons, the Immersion crew has tackled everything from Metal Gear Solid and Fallout to Fortnite, Mario Kart, and even Pacman.

Rooster Teeth’s first attempt at a dramatic live-action series was an instant hit. A twist on the common post-apocalyptic tale, Day 5 takes a look at the world following the spread of a strange virus. After falling asleep becomes lethal, a small group of insomniacs, addicts, and night-shift workers strive to stay awake, and stay alive.

Day 5 centers on Jake, an addict whose timely bender saved him from the deadly virus, in addition to a small group of exhausted survivors who must strive to stay awake for as long as possible. By the time day five rolls around, the survivors are already on the brink of delirium as they struggle to find a cure before their time runs out.

RWBY is one of the most acclaimed series from the minds at Rooster Teeth. Created by Monty Oum, it premiered in 2013 to an already enthusiastic fan base and quickly became a viral hit. Following Oum’s tragic death in 2015, his friends and colleagues continued to create his vision to the best of their abilities. The series is currently six seasons strong, with almost 80 episodes available to stream. 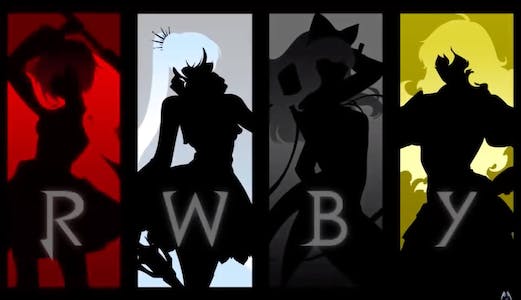 RWBY is about an all-female team called the Huntresses who hunt monsters known as the Grimm. The team is composed of Ruby Rose, her friends Weiss and Blake, as well as her sister Yang–hence the “RWBY” acronym.

Early seasons take place during the team’s academy training, while later seasons have branched out to follow their adventures in the world. Although the earliest episodes featured more lighthearted stories, later seasons delved into much darker themes.

One of the most recent Rooster Teeth offerings is also one of its most popular. gen:LOCK boasts an impressive voice cast featuring heavy hitters such as Michael B. Jordan, Dakota Fanning, and David Tennant–as well as the usual roster of Rooster Teeth players. The series began airing in early 2019, and a DC comic book based on the series is set for a September release.

This science-fiction series is set on a dystopian future version of Earth. Fifty years in the future, the world is torn apart by a global culture war. Hostile invaders known as The Union are determined to shape the world as they see fit, and only the gen:LOCK members stand in their way. Their small team sets out to perfect an experimental technology that allows their minds to be uploaded into giant mecha suits, however it comes at a cost.

Taking a turn from the company’s more standard series, Rooster Teeth Shorts–or, RT Shorts–feature two to five minute long shorts that vary immensely by topic. For example, some shorts might contain blooper reels while others feature sketches to live-action bits.  All nine seasons are currently available for streaming to either binge or watch intermittently.

These shorts are even more enjoyable for those who have become familiar with standard Rooster Teeth fare. After a few seasons of Red vs. Blue, Achievement Hunter, or Immersion, viewers start to feel intimate with writers and cast. Rooster Teeth shorts typically parody the daily lives of the castmembers, following them around Austin and chronicling their hijinks.

The Slow Mo Guys consist of Gavin Free and Dan Gruchy, and chances are you’ve come across their videos on YouTube at some point. The British duo first started filming things in ultra-slow motion back in 2010, and now have hundreds of episodes available to watch on YouTube, as well as more than 80 on Rooster Teeth. 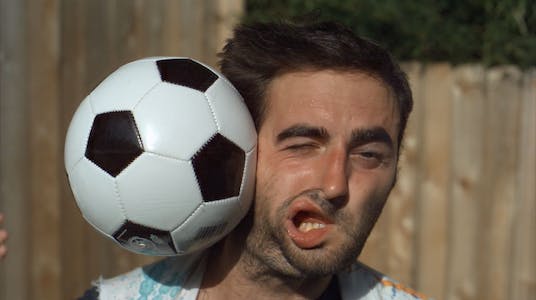 The concept behind this brilliant series is quite simple. Gavin and Dan come up with a various concepts of things to film in slow motion, and then film from a bunch of different angles.

Spinning a record to pieces? Check. Throwing a water-filled soccer ball at Dan’s face? Check. Exploding lighters, smashing televisions with hammers, and firing guns underwater are all things that the two person team have attempted. Once you start watching their videos, you won’t be able to stop.

Any gamer out there has experienced the pure, inconsolable rage that comes with certain aspects of gaming. By the time they’ve died a few dozen times by the same boss, many gamers are ready to put a hole through their television. This relatable experience is immortalized through Rage Quit, created and hosted by Michael Jones.

The premise of the show is exactly what it sounds like. Jones plays games or levels that are particularly frustrating or challenging until he’s about to pop a blood vessel or break a controller.

Watching someone else react to a video game is surprisingly cathartic, particularly when Jones completely loses his cool. With more than 200 episodes, most gamers will find solidarity in at least one of his videos. Jones is the rage-filled gamer in all of us, and we thank him for it.

One of Rooster Teeth’s longest-running and most popular series, Achievement Hunter, has been on since 2008 and currently has upwards of 2,000 episodes available to stream. Hosted by Geoff Ramsey and Jack Pattillo, Achievement Hunter is centered around finding and obtaining all those hard-to-catch achievements in video games. 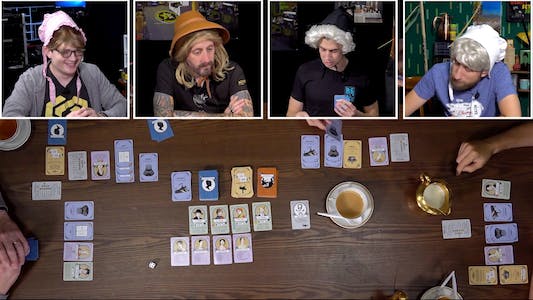 Most of the early episodes of Achievement Hunter clock in under three minutes, however the recent videos are typically around 30 minutes–particularly those featuring board games. The concept of the series came about from the achievement-based competition between Ramsey and Burnie Burns. Early episodes were focused on finding and obtaining achievements, or special scenes–although the later episodes are humor-based and more akin to modern streaming.