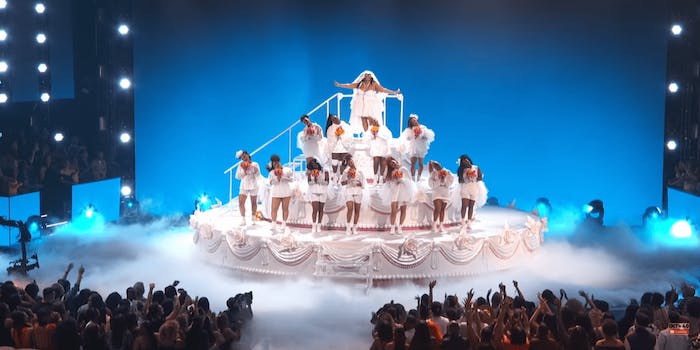 How to watch BET online for free

From the Hip Hop Awards to 'Hustle in Brooklyn,' here's everything you need to know to watch BET.

BET is the No. 1 spot for television programming focused on hip-hop, reality television, and African-American entertainment news. Are you tired of subscribing to expensive cable services just to get BET? Are you ready to cut the cord and get your live television when and where you want it? Here’s everything you need to know about how to watch a BET live stream for free.

It’s all in the name: Black Entertainment Television. Originally just a programming block on USA, BET was established as a proper channel in 1983. Its early run consisted heavily of music videos and reruns of popular Black sitcoms, mimicking the MTV format for an African-American audience. In more recent years, BET has shifted toward more reality, pop culture, and drama programming. Popular shows include Scandal, Black-ish, 106 & Park, Being Mary Jane, and more. The channel also hosts the annual BET Hip Hop Awards show.

Philo is a budget-minded streaming service, and depending on what channels you want, it might be right for you. The 59 Philo channels lean decidedly toward entertainment; the Philo channel list includes AMC, Discovery, IFC, Lifetime, and the Paramount Network, all for $20 a month. If you’re a fan of BET, you’re in luck: You can find it on Philo. Philo also comes with free cloud DVR, but shows recorded are deleted after 30 days, so binge responsibly.

If you’re looking for a streamlined, cost-effective streaming package, check out Sling TV. It offers two basic cable packages, Sling Orange and Sling Blue, each of which costs $30 per month. There’s also the third option of getting Sling Orange + Blue for just $45 per month. You’ll get more Sling TV channels by choosing Sling Blue, with its 40 channels including sports favorites like FS1 and NBCSN and cable mainstays like Food Network and Discovery Channel. But Sling Orange brings must-haves Disney Channel and ESPN as part of its package. To gain access to BET, you’ll either need Sling Blue or Sling Orange + Blue. Sling also has a number of add-ons, including robust international packages organized by languages all over the globe.

To watch BET, you’ll want to dock in at the Fubo Standard level.

If you’re looking for BET, know that you can stream it on YouTube TV.

Other ways to watch BET online

BET’s website lets you connect with your streaming service provider to watch a BET live stream and on-demand content. Simply go to BET.com, click “Live TV” in the upper right corner, and you’ll be prompted to choose your provider and log in with those credentials. DirecTV Now and Philo work, but unfortunately, Sling TV subscribers won’t have web streaming access.