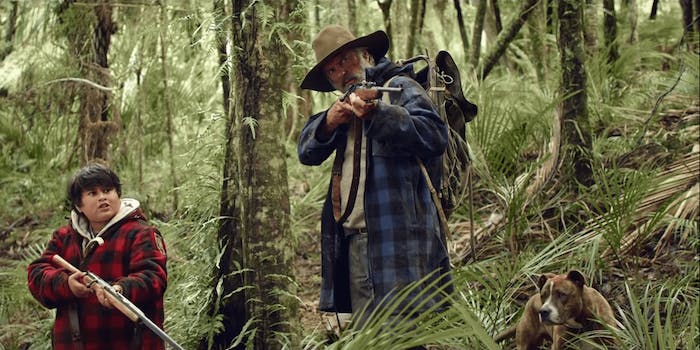 The best comedies on Hulu

Hulu has you covered for comedy.

If you like to laugh, Hulu‘s got you covered with lots of funny movies to choose from. The service has a great selection of comedies, ranging from silly and slapstick to dark and thought-provoking; we’ve picked some of our favorites here.

Hulu’s not just about comedies—it’s got a solid library of movies fitting a range of tastes and moods. But if you’re here, you’re probably looking for a laugh so check out the best funny movies on Hulu below.

Hulu is available for $5.99 with ads or $11.99 a month for an ad-free option. There’s also a free trial available: The first month free for Hulu, or the first week free if you’re opting for Hulu with Live TV.

Stream funny movies on Hulu: How to watch the best comedies without cable

Olivia Wilde’s directorial debut, Booksmart, is a high school graduation party comedy masterfully redone for our current era. Kaitlyn Dever and Beanie Feldstein play Amy and Molly, two teens who spent their high school years preparing to attend an Ivy League college. They didn’t leave much time for having fun, and they attempt to rectify that by attending a big party the night before graduation. Booksmart is already compared to other similar films in the genre, like Superbad. Yet Booksmart is more than a simple graduation party comedy. At its core, the film is about female friendships and the process of becoming an adult. Its complicated characters and smart writing make it one of the best comedies that I’ve seen in recent years. —Tiffany Kelly

The Art of Self-Defense

Casey is a kind if unremarkable accountant just going through life without causing any trouble. That is until a brutal mugging leaves him shaken. Searching for the sense of masculinity and security he lost in the attack Casey finds a mysterious dojo. Soon his quest to fill safe turns into a hilariously violent crusade that explodes out of control. This pitch-black comedy about toxic masculinity in the modern world pulls no punches but never succumbed to preachiness.  Jesse Eisenberg is simultaneously sympathetic and terrifying in this indie hit. —Eddie Strait

Hunt for the Wilderpeople

First New Zealand gave us Peter Jackson; now it’s given us Taika Waititi. Jackson makes oversized spectacles, and Waititi has built his name on small-scale stories with strong characters (Eagle vs Shark, What We Do in the Shadows). That is, until Marvel recruited him for his own oversized spectacle (Thor: Ragnarok). Wilderpeople is such a delightful movie that you understand why Waititi is getting called up while also being greedy enough to want him to keep making movies where his is the main creative voice. Hunt for the Wilderpeople is one of the best comedies on Hulu. —Eddie Strait

Sorry to Bother You

Boots Riley, the writer and director of Sorry to Bother You, has created something special with his debut feature film. Not only will the movie rank among the best of the year, but Sorry to Bother You also serves as a primer for how to approach our political moment. Riley and the story he’s telling understand intersectionality better than pretty much any politician in America. —E.S.

A satire of the art world, Ruben Östlund’s The Square deconstructs idealism and status. Christian (Claes Bang) is a handsome museum curator who spends his days thinking about high-concept art installations. When his phone is stolen, however, he hatches a plan that goes horribly, hilariously wrong. Elisabeth Moss stars as a reporter who corners Christian in one of the film’s funniest scenes. Plus, Terry Notary shows up to terrify the art-world elite. You’ll watch some scenes with your hands over your eyes, and laugh out loud at others. —Audra Schroeder

Single White Female gets a social media twist in Ingrid Goes West. Aubrey Plaza plays the obsessive Ingrid, who sets her sights on a prolific Instagram star, played with bubbly energy by Elizabeth Olsen. Ingrid is a character right in Plaza’s wheelhouse, and she’s exactly as good as you think she would be as an angry, socially awkward young woman. The breakout star here is O’Shea Jackson Jr., who proves that his work playing his father in Straight Outta Compton is no fluke. The film’s strong cast is capable of going a bit further, but the result is still a satisfying comedy. —E.S.

Mean Girls before Mean Girls, Scream before Scream, that’s how I pitch this ’80s classic to people who haven’t seen it. It’s a satire and a biting black comedy. High school tales about the coolest of the cool and the people who want to undermine them are the forever-cool leather jackets of film. —E.S.

This 2018 comedy from Andrew Bujalski focuses on a day in the life of employees of Double Whammies, a Hooters-like restaurant off the Texas highway that serves a revolving door of colorful characters. The standout performance comes from Regina Hall as manager Lisa, who holds everything together, from the personal lives of her wait staff to the maintenance of the business. Support the Girls also explores the sexism and racism the women of Double Whammies endure in the name of customer service, and in addition to Hall, Haley Lu Richardson and Shayna McHayle offer memorable performances. —A.S.

We’ve all had bad hangovers, but Gloria (Anne Hathaway) has us beat. In Nacho Vigalondo’s Colossal, alcoholism is rendered as a literal monster. It destroys Seoul, South Korea after Gloria spends a night getting tanked. It’s a monster movie where the monster is us. Jason Sudeikis and Dan Stevens also star. —A.S.

The two leads, Luke (Jake Johnson) and Kate (Olivia Wilde), are coworkers at a microbrewery; it’s obvious that they’d probably date each other if they weren’t already dating other people. Kate suddenly becomes single and it brings their relationship halfway closer to a reality. You can probably guess where things go from there. But your guess would probably be wrong. This is a Joe Swanberg movie, heavily rooted in the mumblecore genre. It sees your expectations and gleefully choose to ignore them. Without spoiling too much, this isn’t so much a romance film as it is a film about boundaries—and about how that common adage that you should date your best friend is perhaps oversimplifying things a tad. —Joseph Knoop

This documentary charts Gilbert Gottfried’s ascent in the comedy world, but its true draw is seeing his softer side. Neil Berkeley follows Gottfried from hotels to gigs. We even get a look at his home life with wife Dara and their two kids. It’s a deep sketch of a comic who’s weathered controversies but never compromised his art. —A.S.

In the aftermath of an avalanche, a wife accuses her husband of trying to save himself over his own family. The audience gets a raw and sometimes uncomfortable look at a marriage on the brink of falling apart. It’s a gripping character drama, and there’s even a familiar face in Game of Thrones’ Kristofer Hivju. —Michelle Jaworski

The main reason to watch I, Tonya is for Margot Robbie’s electric performance as Tonya Harding. The movie walks a tightrope by telling a story most of the audience already knows. The Tonya Harding-Nancy Kerrigan feud has been covered ad nauseam over the years, but the film finds a new angle by focusing on Harding’s disastrous upbringing. The movie uses fourth-wall breaking commentary and an idiots-doing-crime approach to jazz up the story to great effect. —E.S.

The job of a kindergarten teacher isn’t just to educate but to keep their charges safe throughout the day. It’s true in the classroom. It’s true on a field trip to the farm. And it’s doubly true during a zombie outbreak. Lupita Nyong’o stars as Miss Caroline, a sweet-natured kindergarten teacher who finds her class surrounded by zombies during a day trip to a farm. Determined to hide the awful truth from her students she turns the outbreak into a game, in this side-splitting gore-soaked comedy. – John-Michael Bond