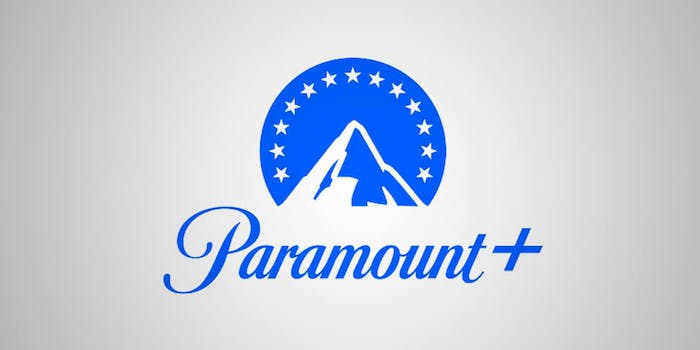 Paramount Plus: Cost, what’s on it, and how to sign up

Paramount Plus is finally here. Is it worth subscribing?

At the dawn of the streaming renaissance, services like Netflix represented freedom, a way to cut your entertainment cost without sacrificing content. As time has gone by, the market has learned to adapt, with traditional content providers launching their own services. Thus, in 2014, CBS launched its own streaming service. In early 2021, the service relaunched as Paramount Plus.

This new service, Paramount+ is a subscription streaming service in the spirit of Netflix and Hulu, providing access a literal mountain of content. This includes Viacom properties including CBS, Nickelodeon, MTV, Comedy Central, and BET among others.

It also lets users watch live TV in more than 200 markets, including CBS itself, CBSN (the network’s 24-hour news channel), CBS Sports HQ, and ET Live. Given that CBS is one of two networks carrying the bulk of NFL games, live access to CBS is particularly important to football fans. To see a complete list of where you can use the service, visit this website.

If you’re a fan of CBS’s slate of comedies and dramas, or want to watch more CBS sports, it’s worth investigating. Especially given its amazing price. Here’s everything you need to know about the service, including information on free trials.

What does Paramount Plus cost?

Paramount+ costs just $5.99 per month for its base model, which includes limited ads. If you want an ad-free experience, you’ll want to upgrade to the $9.99 per month version. Its own promotional materials emphasize that you can quit at any time—you’re certainly not locked into a long-term contract when you sign up.

What shows are on Paramount+?

The biggest draw here is the network’s massive library of shows. Launched in 1941, CBS has aired some of TV’s biggest hits and most important series of all time. With modern hits and classic TV, Paramount+ is hypothetically a binge-watcher’s dream come true.

There’s just one problem: That legendary catalog is incomplete, in part due to licensing issues with its production companies. For example, if you want to watch all the episodes of The Big Bang Theory, you need to go to HBO Max even though you’d expect them to be on CBS All Access. (However, there are a few episodes of that particular show included.)

Arguably, the biggest draw about Paramount+ for sci-fi fans is Star Trek: Discovery. It’s the first new Star Trek series in over a decade, and it stars Sonequa Martin-Green. Star Trek: Discovery is set 10 years before the Original Series, focusing on an escalating conflict with the Klingons.

Following the Star Trek: Discovery premiere, CBS announced that it broke its record for most subscriber signups in a single day. The 2017 Grammy Awards previously held that record.

Star Trek: Picard, another popular spinoff in the sci-fi series, brought back one of Starfleet’s most celebrated captains to helm this long-awaited new series. Set after Star Trek: Nemesis and the destruction of Romulus in Star Trek (2009), Admiral Picard is finally leaving his cozy retirement to his family’s vineyard and once again traveling the stars. In a darker, more tumultuous galaxy, Picard must once again save the Alpha Quadrant and perhaps save himself.

You can also watch The Good Fight, the successful Good Wife spinoff, plus reality spinoff Big Brother: Over the Top.

There’s a limited section of movies from the Paramount archives that Viacom owns. It’s currently not enough to really compete with other services hosting movies.

You can watch Paramount Plus on a wide variety of devices: Roku, Apple TV,  Android, and Android TV, Google Chromecast, Amazon Fire TV, select smart TVs, and most gaming consoles.

Amazon Prime Video subscribers can add on CBS All Access starting at $5.99. If you’re familiar with that service’s interface, that might be a more appealing option for you. Amazon has long offered premium channels like Starz and HBO. However, CBS All Access is notable because it was Amazon’s first foray into live TV streaming.

If you have the higher-tier Commerical Free version, you can download up to 25 episodes and/or movies to view later. You can only view it within 30 days of download or 48 hours after starting. But you can always download the content again later.

Paramount Plus vs. Showtime

In part due to Viacom synergy, these services could be more complementary than competitive. They’ve even marketed a bundle in the past. Showtime’s got a lot more to offer in the way of movies. Some may argue that Showtime’s shows are better overall. If you’re a fan of Paramount programming, or you value the live news that CBSN brings to the table, you’d want CBS All Access.

There may be a future in which this comparison is between Viacom’s media holdings and WarnerMedia’s archives. For now, Paramount+ doesn’t extend much beyond its CBS shows. Licensing issues keep it from featuring some of its best. For example, The Big Bang Theory: to binge-watch the popular CBS comedy, you need to do it via HBO Max.

While HBO Max’s TV lineup is mostly HBO shows, there are other WarnerMedia-produced shows, including Major Crimes, which feel right at home in Paramount’s lineup. At $14.99, HBO Max is more expensive. But for TV fans it lacks the deep well of content Paramount+ has. Paramount+ is a clear winner, even if HBO is a must-have.

Paramount Plus vs. Hulu

Paramount+ boasts about more than 15,000 hours of programming, which is considerable, but that’s dwarfed by Hulu. In addition to the massive library of shows and movies Hulu’s assembled from various sources, Hulu’s creating its own original content to add to that. One thing Paramount+ has that Hulu doesn’t have on its own is a news department.

Between live access to CBS in 200+ markets and the 24-hour CBSN news channel, viewers can keep informed for less than $6 a month. Hulu is great, but Paramount+ delivers live content without an upcharge, something Hulu can’t say.

Is Paramount+ worth it?

If you’re a really big sci-fi fan or you want to stream Champions League matches, Paramount Plus is worth the cost. Its streaming is clean and clear. It does have a great selection of shows available. Paramount+ has worked to add an impressive number of exclusives, to augment its incredible back catalog. Given the depth of the Paramount library and the addition of new ViacomCBS properties, Paramount+ is well on its way to becoming an undeniable service. We can’t wait to see where it goes next.

If you want to sign up for Paramount Plus, here’s how to get started.