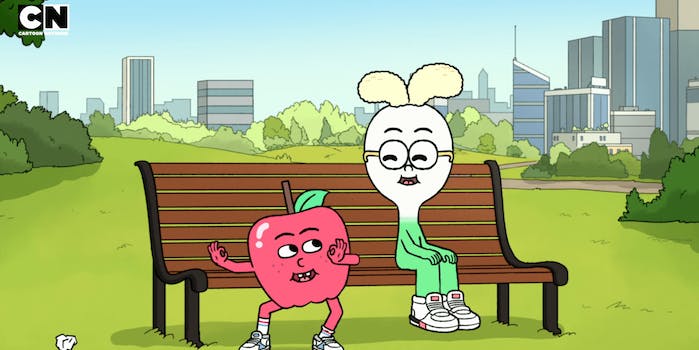 How to watch Cartoon Network online

Whether it's Steven Universe, Dexter's Laboratory, or Gumball, we've got you covered.

Cartoon Network is in a beautiful renaissance of kids animation these days. Between Steven Universe, The Amazing World of Gumball, and OK K.O., there are plenty of reasons to watch Cartoon Network. Of course, Cartoon Network didn’t suffer for great television back in the ’90s and early 2000s with legends like Powerpuff Girls and Dexter’s Laboratory, so even us aging millennials can keep having fun.

What is Cartoon Network?

Launched in 1992, Cartoon Network (now commonly abbreviated as “CN”) has brought kids programming of all shapes and sizes to households for as long as some viewers have been alive. There’s the aforementioned classics like Powerpuff Girls and Dexter’s Laboratory, but the channel has had equally legendary success with internet culture powerhouses like Steven Universe.

Cartoon Network is available on a few of the major live TV streaming services. When trying to decide which one is best for you, you’ll want to weigh the cost, the other channels you’ll receive, and the compatible devices for streaming.

Hulu Live TV sets you up with local channels and has a broad spectrum of entertainment and sports channels to review, including the full suite of ESPN channels, FX, HGTV, and even deep cuts like National Geographic and Syfy, and of course, Cartoon Network where you can stream hits like The Powerpuff Girls and We Bare Bears.

If you’re looking for Cartoon Network, know that you can stream it on YouTube TV.

The Cartoon Network app is available on iOS and Android devices, as well as Amazon. The latest episodes appear on the app one day after they air, and the app will recommend other episodes for you to watch based on your browsing history. There’s no Cartoon Network live stream option, though. Certain episodes will require you to log in with your cable provider’s information, but all of the options available will suffice.

You won’t find a Cartoon Network live stream here, but you can watch some full episodes of Cartoon Network shows on its official site—248 videos at last count, to be exact—including episodes of Ninjago, Adventure Time, and Teen Titans. But to unlock even more content, you’ll need to sign in using your cable or live TV streaming credentials. All the same rules as the Cartoon Network app apply, you’ll just be watching through your browser. If you have a Google Chromecast, you can easily “cast” from your browser to your TV, so you can still watch on a big screen.