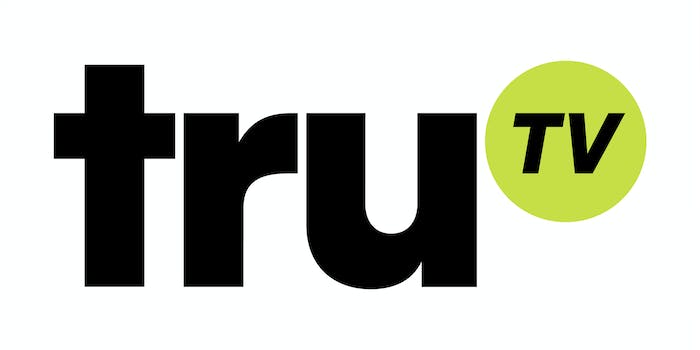 How to watch TruTV online for free

The channel offers a little bit of everything.

You’d expect a network called TruTV to be full of reality series. Or competition series. Or documentary series. You would be wrong, mostly. Instead, the network that once, long ago, was Court TV has become an unlikely home to some of the best cult comedies on TV.

Spurred on by the success of the hidden camera cringe comedy series Impractical Jokers—now eight seasons strong and basically omnipresent on the network—TruTV pivoted in 2014 from a reality-focused network to something stranger.

There are comedy documentary and mockumentary series with at least a foot in facts—like the fantastically entertaining Adam Ruins Everything, an unlikely concoction that uses sketch comedy as a vehicle to dive into subjects ranging from immigration to the justice system to voting. There’s the thoroughly charming and surrealist At Home with Amy Sedaris, a sort of Martha Stewart Living on shrooms.

Where to stream TruTV

And there’s also straight-up sitcoms like Andrea Savage’s underrated I’m Sorry, as well as Tacoma FD, from the beloved cult sketch comedy team Broken Lizard, with its sort-of-ingenious “firefighters in America’s wettest city” premise. Plus, when March Madness rolls around each year, you’ll find several NCAA basketball games on TruTV, which is primarily due to the vagaries of broadcasting rights but almost feels itself like a clever high-concept joke that got out of hand.

If you want to catch up on TruTV’s slate of original series, you can do it even without a cable subscription. Grab one of the live TV subscription services below, and you can watch TruTV anytime.

Here’s everything you need to know to watch TruTV online.

There are a number of live TV streaming services that offer TruTV. So, how do you decide which one is right for you? Well, that depends on your budget, what other channels you just can’t live without, and what device (or devices) you plan on streaming with. We cover all of those essential issues below. But don’t worry: No matter which service you select, you’ll be able to start with a one-week trial, allowing you to watch TruTV for free.

How to stream TruTV on Hulu Live TV

Hulu Live TV sets you up with local channels and has a broad spectrum of entertainment and sports channels to review, including the full suite of ESPN channels, Cartoon Network, FX, HGTV, and even deep cuts like National Geographic and Syfy, and of course, TruTV where you can watch Impractical Jokers and Adam Ruins Everything.

How to stream TruTV on Sling TV

If you’re looking for a streamlined, cost-effective streaming package, check out Sling TV. It offers two basic cable packages, Sling Orange and Sling Blue, each of which costs $30 per month. There’s also the third option of getting Sling Orange + Blue for just $45 per month. You’ll get more Sling TV channels by choosing Sling Blue, with its 40 channels including sports favorites like FS1 and NBCSN and cable mainstays like Food Network and Discovery Channel. But Sling Orange brings must-haves Disney Channel and ESPN as part of its package. To gain access to TruTV, you’ll either need Sling Blue or Sling Orange + Blue. Sling also has a number of add-ons, including robust international packages organized by languages all over the globe.

How to stream TruTV on AT&T TV Now

If you’re already looking to AT&T for your wireless needs, you might consider AT&T TV Now to cover streaming for you. AT&T TV Now channels start with Plus and Max, which even include HBO. Then, AT&T plans expand from there, approaching cable selection and pricing with AT&T TV Now’s biggest packages. AT&T streaming also comes with Cloud DVR, letting you record up to 20 hours of TV per month. If you’re looking for TruTV, get in at the AT&T TV Now Plus tier to stream it.

If you’re looking for TruTV, know that you can stream it on YouTube TV.