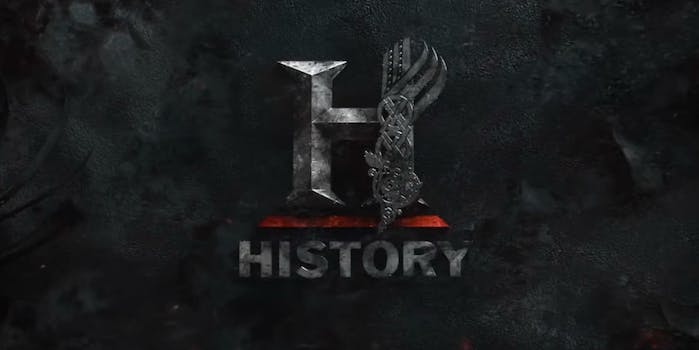 How to watch the History Channel online for free

From the 'Vikings' to 'American Pickers,' here's everything you need to know.

The History Channel trades in ancient history, myth, and old junk you find in the garage, but it’s managed to keep up with the times when it comes to how we watch TV. Live streaming services get the job done better and cheaper than cable. If you’d like to keep watching the History Channel but aren’t sure what service to get, we’ve got you covered. Here’s everything you need to know to watch a History Channel live stream.

Starting February 29, History takes a look at the paranormal with who else, but the most famous starship captain of all time: William Shatner. From the producers of Ancient Aliens and The Curse of Oak Island comes The UnExplained, an hour-long dive into history’s most fascinating and inexplicable mysteries. This dive into the paranormal starts Saturday, February 29 at 10pm ET/PT only on History.

What is the History channel?

Originally founded in 1995, the History Channel is one of the best places on television to get a dose of, well, history. The channel is known for airing World War II documentaries (although much of its wartime content moved to the Military History channel) and other educational material about historical time periods. In recent years, the channel has received some criticism and mockery for airing pseudoarchaeology content like Ancient Aliens and UFO Hunters, plus reality TV content like American Pickers or Pawn Stars. More recently, History Channel has started producing historical fiction content like Vikings and Knightfall.

How much does History Channel cost?

Access to History Channel can be had for as low as $20 with a Philo subscription. However, other, pricier live streaming services may be a better value depending on which channels you’re looking to stream.

How to stream History channel

Hulu Live TV sets you up with local channels and has a broad spectrum of entertainment and sports channels to review, including the full suite of ESPN channels, Cartoon Network, FX, HGTV, and even deep cuts like National Geographic and Syfy, and of course, History Channel, where you can stream Pawn Stars and Vikings.