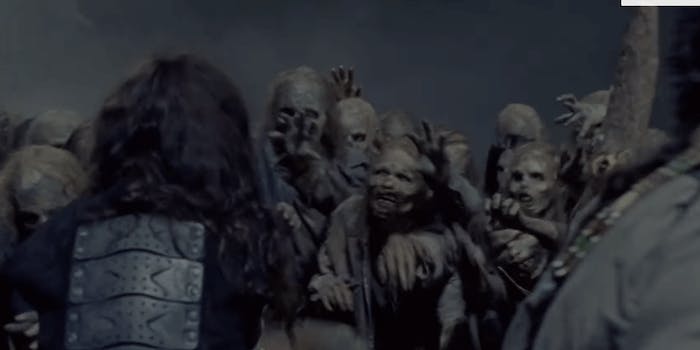 What is AMC Premiere?

AMC Premiere is a premium version of the AMC you already know and love, allowing you to watch your favorite shows on demand, download movies and episodes, and stream exclusive behind-the-scenes footage. But using AMC Premiere is not as simple as just hitting the App Store—not by a long shot. Here’s everything you need to know to use AMC Premiere, how much it costs, and whether it’s worth it.

How does AMC Premiere work?

I can’t stress this enough: AMC Premiere is not available for purchase on its own. It’s only available as a premium add-on through your cable provider or a live TV streaming service (more on that in a moment). Like ESPN and ESPN+, AMC Premiere functions as an extension of the AMC app, unlocking certain features like the ability to download episodes.

AMC Premiere allows you to watch the latest season of your favorite AMC shows on demand and, for the most part, without ads. The service notes that there are still some shows that will include commercial breaks, but they’re the exception, not the rule, and they’ll be marked accordingly, so you won’t be surprised.

By and large, new episodes of AMC shows will be available via AMC Premiere as soon as they air live—and in some cases, even beforehand—but Talking Dead isn’t available until the morning after it airs, presumably to avoid some of the spoilers that might come from watching it before The Walking Dead.

The AMC app is available on Amazon Fire Stick and Fire TV (go here), Apple TV (go here), Xbox One (go here), and Roku (go here). You’ll use your cable or live TV streaming credentials to access the AMC Premiere features. One small wrinkle: If you get your subscription through YouTube TV, you’ll access AMC Premiere through the YouTube TV app.

AMC Premiere promises all sorts of bonus features and behind-the-scenes footage, as well as uncut movies, but the best features revolve around the channel’s marquee shows. To give you an idea of what’s in store, here are some of the perks AMC Premiere customers will receive in October 2018:

AMC Premiere costs $4.99 per month, but you can’t purchase it as a standalone app. You have to add it to your cable package or a live TV streaming subscription. You can see a complete list of providers here, but in short, if AMC is included in your channel package or if you have a way to watch AMC online, there’s a good chance you can sign up for AMC Premiere. I noticed one odd exception: Sling TV offers AMC in all three of its streaming TV packages, but it’s not listed as one of the compatible service providers.

Here are all of the live TV streaming services you can add AMC Premiere to and what you need to know about each one.

Arguably the best part of AMC Premiere is the ability to download your favorite shows in the AMC app. Doing so will not only save you some data—assuming you download them while you’re connected to WiFi—it’ll ensure you can watch them no matter where you’re at. There’s just one catch: Episodes will automatically be removed after 14 days or if they’re removed from AMC Premiere, whichever comes first.

If you’re the type of person who thinks “life imitates AMC,” it’s easy to justify an AMC Premiere subscription. Since most AMC shows aren’t available immediately on services like Hulu, AMC Premiere is the best way to catch up on your favorite shows, and for the most part, you can do so without commercials. It’s also pretty cool that you can watch some shows before they even air on regular TV.