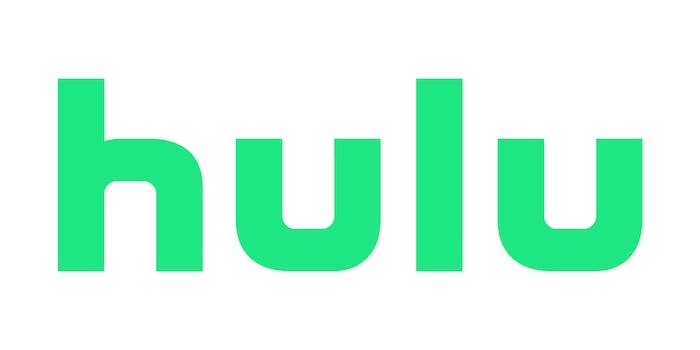 Hulu plans, cost, and everything you need to know

How does Hulu really stack up to Netflix and Amazon Prime? Let's break it down.

From its cheap ad-supported streaming to live TV service, Hulu brings a lot to the table. So much that it might be confusing at first. Before you buy let us answer your questions, like how does Hulu work, what does Hulu cost, and what devices does Hulu support.

Here’s everything you need to know about getting started with Hulu.

How does Hulu work: Plans

Hulu offers four plans. However, these plans can be broken down into two catagories, streaming or streaming with live TV. Here’s what you need to know.

How does Hulu with Limited Commercials work?

Hulu’s most basic plan is also its most popular. Hulu with Limited Commercials gives you access to a massive library of movies, TV shows, originals, and documentaries. With thousands of movies and TV series, you’ll never run out of things to watch. We’ve tried.

All this content comes with one major downside: ads. For the most part, ads are only going to pop up when you’re watching TV content, so if you’re a movie buff, it’s going to hurt you less. Big hit shows tend to have the most ads, so prepare yourself for a couple of commercial breaks if you’re watching something popular.

Hulu’s also introduced an annual version of this plan. If you can pay $59.99 a year all at once, you’ll save about $12 a year on this Hulu plan option.

How does Hulu with No Commercials work?

Hulu with No Commercials is $11.99 a month and is exactly what it sounds like. You can watch everything on Hulu, including major network shows, without a single ad messing with your experience. That’s a heavy price for many people, but if you’re a super fan of network TV, it may be a small cost to pay for the convenience of binge-watching one of your favorite shows like you do on Netflix.

How does Hulu Live TV work?

Hulu Live TV is Hulu’s answer to streaming services like Sling, Fubo, AT&T TV Now, Vidgo, and YouTube TV. They feature 60+ channels of live TV, including local channels depending on your market.

To find out which local channels are supported in your area head to this page and locate the “view all channels in your area” option. It’s about half way down the page.

In, Los Angeles for example, subscribers can get ABC , CBS, FOX, NBC, My Network TV, KCAL, and Telemundo with their Live TV package. Channels vary from state to state, but you can expect ABC, CBS, FOX, and NBC most places.

How does Hulu with Disney+ and ESPN+ work?

Disney+, of course, gives you access to the immense Disney library of movies and shows (which includes Pixar and Star Wars titles), while ESPN+ is a pipeline to a staggering amount of live sports.

How much does each Hulu plan cost?

The biggest price jump comes with adding live TV. Hulu with Live TV costs $64.99 per month for basic service. If you’d like to add Hulu with No Ads to your Live TV package it’s an extra $6, totaling $70.99.

HBO and Starz on Hulu: How much do Hulu add-ons cost?

Though the standard Hulu plans provide plenty of movies and shows to keep you entertained, you can add to your choices with four entertainment options priced in line with what these entities would charge you if you went direct to them.

Each of these add-ons work with standard Hulu and Hulu Live TV.

If you’d rather use the HBO, Cinemax, Showtime, or Starz app to view there respective content, you can do that. Simply use your Hulu logins within the app. This lets you keep all of our streaming costs under one bill, rather than having multiple services bill at different times each month.

How does Hulu work: Streaming on multiple screens and Cloud DVR

Hulu allows users to simultaneously stream on two screens from one account. That way, the kids can watch a movie on one screen and their parents can watch something else on the other. Just be careful about sharing your password. Should three people try streaming at once, someone is getting locked out.

If you need more, Hulu with Live TV offers a $9.99 a month “unlimited screens” add-on that lets an unlimited number of people stream on the same wi-fi network. Meanwhile up to three people can stream on different devices outside the home with unlimited.

Basic Hulu Live TV membership includes 50 hours of free cloud DVR space. Your cloud DVR recordings can be accessed remotely on your mobile device or laptop, or streamed at home on your TV.

Hulu allows subscribers to make user profiles for the different people in your home. Each profile has its own watch list and recommendations, which is vital if you share screens.

What devices does Hulu support?

No matter which of the Hulu plans you choose, it’s easy to use. You can stream via Roku, Google Chromecast, select smart TVs, Apple TV, Amazon Fire TV, and Kindle Fire, and pretty much any Apple, Windows, or Android device you can throw at it, not to mention Nexus Player.

Of course, you can always just watch Hulu from your web browser. As for gaming consoles, Hulu supports Xbox One and Xbox 360, PlayStation 3, 4, 5, and Nintendo Switch.

Hulu’s accessibility is definitely one of its strongest selling points.

Hulu vs. The Competition

Is Hulu better than Netflix?

To quickly recap: Hulu costs $5.99 a month or $11.99 a month for no commercials. The downside is you only get those new episodes for a few weeks before they expire in most cases. That means you’re not getting the same binge-watching abilities you get from Netflix.

However, Hulu also has an incredible back catalog of classic TV shows, including exclusives like Seinfeld and The Golden Girls. So, even if you can’t check out the whole new season of your favorite show, there’s plenty to watch.

Netflix offers three streaming options: One screen at a time in SD for $8.99, two screens in HD for $12.99, or four screens in Ultra HD for $15.99. Plus, users can download videos to their phones and tablets for offline viewing. That adds annually up to $107.88, $155.88, or $191.88, respectively, depending on your package and taxes. However, for that cost, you get one of the biggest streaming libraries of classic content around.

Still, it’s mostly classic or old content. Outside of its great original series, movies, and documentaries Netflix has struggled to keep a steady supply of new movies in its catalog in the past few years. You will still find great movies that were just in theaters, but there’s less to choose from than the glory days a few years ago.

Still, Netflix is the industry leader for a reason. Its app is easy to use, feature-rich, and its original catalog has won legions of dedicated fans. If you don’t care about keeping up with current TV shows, Netflix is still pretty much all you need.

The increased number of screens that can watch at one time means that as the cost rises, you can split the package with others to offset the price.

Amazon Prime Video is another alternative, and at $119 in upfront annual costs, it may seem like the worst deal. However, you get free two-day shipping on all your Amazon purchases included in that price. Amazon Prime also features more 4K mainstream movies than any other service.

Amazon has greatly improved its app in the last few years for streaming. It also offers one of the largest film libraries of any service. From recent multiplex hits to obscure classics, Amazon’s catalog is impressive. Amazon’s just as likely to have a new Will Smith movie as it is the lost Sasquatch flick Night of the Demon.

The downside of all that choice is an frustrating lack of sorting and quality control. If you’re willing to dig there are classic treasures to be found, but not everyone has that sort of time. If Amazon is going to offer so many titles it needs better sorting.

Amazon has done an incredible job over the last few years updating its TV section. You’ll find entire series runs of classic TV shows, original Amazon hits like The Boys, and more. We wish they had more modern sitcoms, but they did just add How I Met Your Mother so they’re improving.

That said, Hulu’s deep movie archive, is on par with Amazon Prime Video when it comes to new movies. If you have both services, you will notice a lot of overlap in the movies streaming on each service.

If ads are a deal breaker for you, Amazon might make more sense. But because there is so much overlap between the two services, Hulu wins at the moment. Mostly, because of Hulu’s cost.