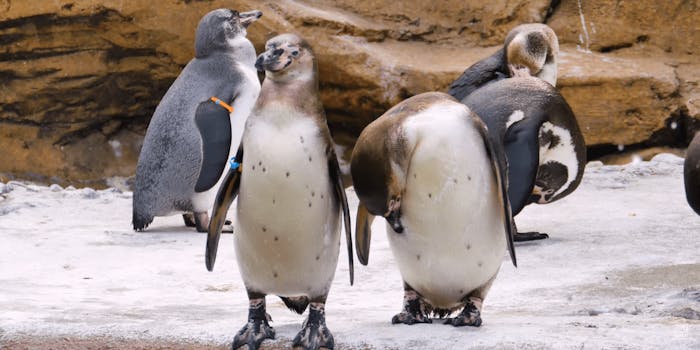 How to stream Animal Planet online for free

From slithery crocodiles to cuddly puppies, here's everything you need to know.

Just because animals live in the wild doesn’t mean you need to. Instead of paying laughable prices and dealing with the hassle of installing cable, check out the streaming services that make it easy to watch your favorite wildlife channels and shows. Here’s everything you need to know to watch an Animal Planet live stream online for free.

Where to Stream Animal Planet

What is Animal Planet?

Originally a joint venture with BBC World founded in 1996, Animal Planet has spent over two decades educating and entertaining viewers with nature documentaries, docuseries, and reality television programs based on captivating critters. As of 2016, approximately 91 million families receive Animal Planet on their television service of choice. Some popular Animal Planet shows include River Monsters, Too Cute, Crikey! with the children of late crocodile tamer Steve Irwin, and Pit Bulls & Parolees, to name a few.

Animal Planet is available on a few of the major live TV streaming services. When trying to decide which one is best for you, you’ll want to weigh the cost, the other channels you’ll receive, and the compatible devices for streaming.

Philo is a budget-minded streaming service, and depending on what channels you want, it might be right for you. The 59 Philo channels lean decidedly toward entertainment; the Philo channel list includes AMC, Discovery, IFC, Lifetime, and the Paramount Network, all for $20 a month. If you’re a fan of Animal Planet, you’re in luck: You can find it on Philo. Philo also comes with free cloud DVR, but shows recorded are deleted after 30 days, so binge responsibly.

Hulu Live TV sets you up with local channels and has a broad spectrum of entertainment and sports channels to review, including the full suite of ESPN channels, Cartoon Network, FX, HGTV, and even deep cuts like National Geographic and Syfy, and of course, Animal Planet where you can stream Pit Bulls and Parolees and Crikey! It’s the Irwins.

To watch Animal Planet, you’ll want to dock in at the Fubo Standard level.

Vidgo offers a package for under $40 a month that pulls together more than 60 English-language channels into its National English Package. Vidgo channels include ABC, Fox, the ESPN family of channels (including ESPN Deportes), and it’s one of the few streaming services that carries BeIN Sports. But it’s like Fubo in that, even though it started out for streaming sports, it carries a lot more now. You might be surprised to know that Vidgo’s an option to stream Animal Planet—and then you chat about it online via Vidgo’s Social TV platform.

If you’re already looking to AT&T for your wireless needs, you might consider AT&T TV Now to cover streaming for you. AT&T TV Now channels start with Plus and Max, which even include HBO. Then, AT&T plans expand from there, approaching cable selection and pricing with AT&T TV Now’s biggest packages. AT&T streaming also comes with Cloud DVR, letting you record up to 20 hours of TV per month. If you’re looking for Animal Planet, get in at the Entertainment tier to stream it.

If you’re looking for Animal Planet, know that you can stream it on YouTube TV.

Animal Planet will let you watch a live stream of its channel from the comfort of your computer screen, so long as you subscribe to an applicable provider. Simply go to animalplanet.com, click the “watch live” button near the top left, and provide your login info. If you subscribe to Philo, DirecTV Now, or PlayStation Vue, you’re good to go.

You can watch a live stream of Animal Planet content (or on-demand content) from the Animal Planet Go app by logging in with your provider information. The app is available for free on iOS, Android, Roku, Apple TV, and Fire TV.