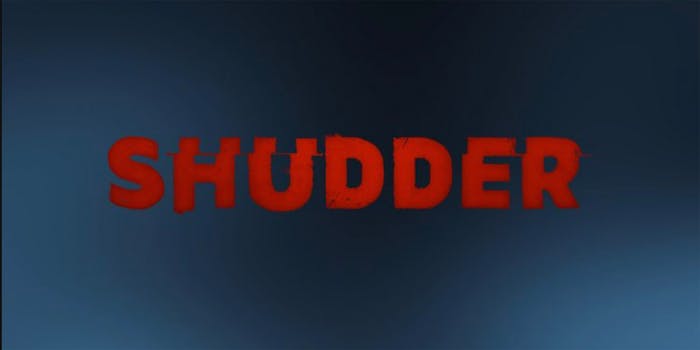 Shudder: How to stream horror movies and shows

If you like horror, you're going to love Shudder.

If you’re into horror movies and shows, you can mine the likes of Netflix, Amazon Prime, and Hulu for their generally satisfying selections. Or, if you’re a real horror aficionado, you can subscribe to Shudder and have a full service devoted to the genre. Here’s a complete look at Shudder and what you can stream and scream.

How much is Shudder?

If you’re getting Shudder monthly, it’s $5.99 a month. You can get it for $4.99 a month as an Amazon Prime Video channel, but you do lose the curation that the Shudder folks bring to the table.

If you do want to save, though, and don’t want to lose the interface Shudder provides, you might consider the annual rate of $56.99 a month. It works out to about $4.75 a month for the year, though you do have to pay it all in one lump sum.

Horror, horror, and more horror! Shudder’s bread-and-butter is horror movies, including the classics you’d expect and plenty of deep cuts over a lot of different genres. Movie categories like “Supernatural,” “Killers,” “Creature Features,” and “Psychological Thrillers” let you select what kind of scare you want. There are also specially-created categories like “Queer Horror,” “A Woman’s Touch,” “Foundations of Horror,” and “Slashics” that categorize horror through lenses of identity and history.

If you want your horror with humorous narration, there’s The Last Drive-In with Joe Bob Briggs, where the veteran horror movie expert presents weekly Friday night double features. He, along with co-host Darcy the Mail Girl, breaks down the number of kills and other “highlights” from an array of movies. Think of it as an MST3K for horror movie fans.

Shudder also has a number of original and exclusive series that let subscribers follow thrills and chills across several different subgenres. Those include:

(Clearly, these summaries hint at highly-imaginative shows, all with unique approaches to world-building.)

In addition to going through the website, you can use this limited number of devices. (Its site promises smart TVs and addition gaming devices are being considered as additional future options.)

Shudder doesn’t offer multiple screens; however, if you’re accessing it through Amazon Prime Video, you can view it on up to three devices per Prime Video’s rules.

Netflix does a great job of cataloging its content into a number of helpful categories, and it certainly does that with horror. Whether you want supernatural horror, thrillers, or even Bollywood takes on horror, Netflix provides those as part of its compendium of content. If you’re a horror fan, though, you’ll likely appreciate the extra mile that Shudder goes, both in the completeness of its collection and the care in its curation. But if you merely want horror here and there, there’s likely enough scary content on Netflix to scratch your itch. Netflix costs more than Shudder, of course, but brings many more movies and shows across all genres.

If you opt for Hulu with limited commercials, you’ll pay the exact same monthly rate for that service than you will for Shudder. Like Netflix, Hulu has categories to help you pick the brand of scary you want. (Or, if you want spooky but not scary, Hulu literally has a category that’s just that.) As with Netflix, there’s not the complete spectrum of horror that you’ll get with Shudder, but there’s certainly enough to engage the casual fan.

With HBO Max, HBO’s placed itself into the same tier with Netflix and Hulu, and it’s got a number of horror titles to choose from. (However, just typing “horror” into search box will pull up the 2002 Scooby-Doo movie as one of its offerings; “Zoinks!” indeed.) If you’re looking to catch up on all of Freddy Kreuger’s and Chucky’s kills, HBO Max will serve you well—it launched with over 100 legitimate horror titles in its collection, plus many more movies, documentaries, and shows. But it’s harder to consider types and styles of horror than it is with any of the services we’ve mentioned. You’re merely left to scan titles and thumbnails and hope you land on what you want.

Is Shudder worth it?

For horror fans, Shudder might feel like an online equivalent of the specialty video store that had its heyday in the 1990s. Shudder has an immense collection of horror that covers what you’d expect, yet takes you down some dark, weird alleyways off the main thoroughfares. Its original series, in particular, are magnificently weird.

The question of whether or not to get Shudder, however, ultimately rests with how much of a staple horror is for you. If it’s essential to your entertainment diet, you’re most certainly going to want it, and at under $6 a month, it’s certainly affordable. If you only dabble in horror and you’re content to keep it that way, Netflix or Hulu have enough content to keep you sated. But if you’re looking to educate yourself on horror, or your tastes run to the unconventional, you might find Shudder entirely worth your while.