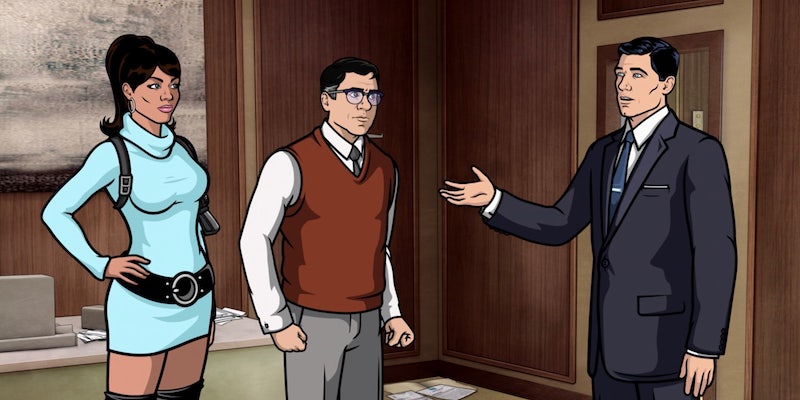 The 15 best adult cartoons on Hulu

There's plenty to choose from.

A cyborg chicken is forced to watch a neverending series of stop-motion sketches and parodies, giving us season after season of entertainment. No area of pop culture is left unturned by creators Seth Green and Matthew Senreich as they pick it apart and piece it back together again. Robot Chicken has done hundreds of sketches over the years along with a number of full-length specials centering around properties like Star Wars and the DC universe. Sometimes, they’ll even get actors to reprise their roles, demonstrating that they’ve got a sense of humor about their own famous roles.

The premise of a mad scientist and his naive grandson getting caught up in one catastrophe after another could get old fast, but Rick and Morty can always shake everything up before it could get stale. It’s got high-concept technology, space travel, and seemingly infinite dimensions (and iterations of Rick and Morty). It juggles crude hijinks with Easter eggs and existential crises—sometimes all in the same episode—effortlessly. And who could forget the visual gag turned meme that became one of its deeper episodes? While a cult hit when it first premiered, it’s now become big enough to get giant corporations to make one episode’s running gag into a reality.

The Venture Bros. follows a scientist, his bodyguard, and his two sons as they face off against supervillains, dictators, insurance agents, and the Guild of Calamitous Intent throughout a series of adventures in a show that largely homages Jonny Quest. It never shies away from getting weird (clones are involved at one point), but at the heart of it, it’s deeper than it lets on.

Based on the comic strip by Aaron McGruder, The Boondocks centers around two brothers who move to a largely white suburb to live with their grandfather. Huey, Riley, and Robert Freeman often clashed with one another, but it mixed in plenty of biting social commentary and portrayed themes you didn’t often see on TV at the time.

Ever wondered how superheroes would function in everyday jobs once their peak fighting days are behind them? Harvey Birdman: Attorney at Law gives us a glimpse at it as Harvey T. Birdman, other superheroes, and supervillains are all lawyers litigating cases. It often leans into absurdity and parody, with a recent special—released more than a decade after the show’s original run—featuring Harvey T. Birdman becoming the U.S. Attorney General.

King of the Hill

King of the Hill is available to stream again, with all 13 seasons (some 259 episodes) exclusively on Hulu. Mike Judge and Greg Daniels’ sitcom about propane salesman Hank Hill and his life in the fictional Texas suburb of Arlen is arguably even more relevant today than when the show went off the air in 2009, with its winking conservative politics, megachurches, and Dale’s conspiracy theories. It’s an insightful, funny, and smart show about a mundane family that definitely would’ve voted for Ted Cruz. —Austin Powell

For more than two decades, South Park has been infuriating someone. From its humble beginnings as a shock comedy hit, through its transformation into some of the generation’s sharpest satire, South Park has remained a constant. Hulu lets you relive the entire journey from season 1 onward. At bare minimum, anyone with a passing interest in dark comedy needs to watch “Scott Tenorman Must Die” in season 5. While we won’t always vouch for its politics, we can always count on its laughs. God bless South Park. – John-Michael Bond

Daria’s titular teenager is both observant and disdainful of almost everything around her, but the series was a breath of fresh air. It’s not as plot-driven as many other similar-toned shows, but Daria and her best friend Jane’s colorful commentary on the world around them shape it far more than a complicated plot could. And with a reboot on the horizon, it’s as good a time as any to catch up. (Although to be fair, Daria would probably hate the reboot).

Philip J. Fry wakes up to a much different universe than he’s used to after being cryogenically frozen for 1,000 years, but even with aliens, space travel, robots, high-tech, and the heads of notable 20th-century figureheads preserved, Futurama often feels very familiar. That’s thanks in part to Fry’s new and dysfunctional family at Planet Express, and while they may get on each other’s nerves most of the time, they’ve got it where it counts. And once Fry gets settled into his new life, Futurama often transcends itself to tell a much more nuanced story than you’d ever expect.

Admitting you like Family Guy in modern society might get you jeers from snobby friends but the criticism is unjustified. At its best Family Guy is capable of intense emotional depth and at its worst, it’s a great sketch comedy show. Sure, the jokes can be a little base and absurdist at times. But Family Guy doesn’t get enough credit for the risks it’s taken over the years, both politically and artistically. Watch long enough and you’ll see bottle episodes, tributes, decades long-running gags, and the most nihilistic family in prime time. Every episode since season one is streaming so it’s the perfect time to revisit the series. – J.M.B.

In most comedies, the many quirks and whims of the Belcher family would constantly have them constantly at each other’s throats in Bob’s Burgers. But the Belchers are fiercely supportive of one another even amid their tiffs—whether it’s Linda and Louise, Bob and Gene, or the kids against one another—they truly do love each other. Bob’s Burgers has a wealth of rich characters and voice talent, and over the years, we’ve come to care about them as much as the Belchers themselves. It wears its heart on its sleeve, but Bob’s Burgers is also fantastic and soothing—a welcome reprieve when everything threatens to fold in on itself.

The world’s best secret agent or the world’s most incompetent? You decide. But the hijinks of Sterling Archer and his colleagues at the spy agency run by his mother usually overshadowed anything they actually accomplished for several seasons until the show decided to reinvent itself. The once-spy agency took on film noir, had a stint as drug dealers, ran a private detective agency, and ended up on a tropical island. Its upcoming season is headed to space. Thanks to Hulu’s partnership with FX, you can watch every episode on-demand.

When Captain America and Iron Man are ready to call it a day, the Marvel Cinematic Universe has a full cast of powerful and competent superheroes ready to fill those shoes. But The Awesomes? Not so much. This Hulu original series from Seth Meyers and Mike Shoemaker showcases a new (and less competent) superhero team that has to rebuild amid plenty of scrutinies from critics. Plus, with its cast composed of former and current Saturday Night Live cast members (along with other comedy all-stars), it’s got plenty of power.

Adult Swim has served as a factory for outsider animation and comedy for years, but oddly its most subversive work came in its early days. Envisioned as a parody of the old Christian Davey and Goliath claymation series, Moral Orel follows a young boy through a series of nightmarish adventures. Drug abuse, the undead, broken parental relationships; no subject is too out there or dark for this claymation oddity. Written by Dino Stamatopoulos (Starburns on Community), Moral Orel might be the most messed up show Adult Swim ever put out. It’s also one of the best. – J.M.B.

With only 26 episodes created, Cowboy Bebop is a short treatment, but it’s a quintessential part of anime history that needs to be seen. Universally beloved, Cowboy Bebop follows an exiled hitman turned space bounty hunter named Spike and the crew of his ship, Bebop. Part of the charm is its propulsive jazz soundtrack, which adds kinetic energy to its action while accentuating the show’s sober and existential moments. But it could be scored to Kid Rock and you’d still fall in love with Spike, Jet, Faye, and Ein. Tackling surprisingly emotional stories, Cowboy Bebop always falls back on humor before things get too grim. —J.M.B>