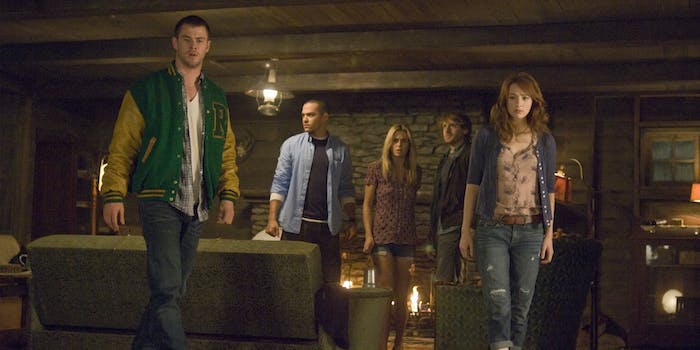 The best horror movies on Hulu

Let Hulu chill you to the bone.

Stream scary movies on Hulu: How to watch the best horror movies without cable

Bong Joon-Ho is a veteran filmmaker in his native South Korea, but his talent was news in the states once Parasite scooped up the Academy Award. Featuring Song Kang-Ho in the lead (who is in most of Bong’s films, no doubt thanks to his acting chops), the film tells the story of the poor Kim family as they slowly invade the lives of the wealthy Park family. Layers upon layers of subtext touch upon everything from class discrimination to Korean cultural standards as the film plays out its elegant, ghastly dance to the climax. It might not be traditional horror, but it’s scary on its own level.

A Quiet Place presents a complicated reality. The movie’s set in the aftermath of an apocalypse, and Earth has been overrun with blind extraterrestrial monsters that can hear humanity’s every move. The Abbott family spends the film trying to find a way to live in this new world (very quietly, obviously). But when Evelyn Abbott gets pregnant, the family must find a way to deliver the baby safely and without being heard.

Based on the novel of the same name by Jeff VanderMeer, Annihilation is far from a perfect horror film, but worth seeing just because of the creativity of its plot. When a team of explorers return from the 11th mission to document the mysterious Area X, they all die of cancer within weeks. When a 12th mission is assembled to try to learn what’s going on (SOUNDS LIKE A GREAT IDEA, LOL), the people that enter see and hear things that defy definition. I’ll leave it at that because the events of this story are a spectacularly strange treat when it comes to innovation in the horror genre. And as usual, the book’s even better (but a lot different in the second half!).

Years before everyone in the Hollywood elite was bubbling over Parasite, Bong Joon-Ho’s The Host was already drawing a clear picture of his prowess. It takes the monster movie format and elevates it, instilling genuine emotion into the characters in a way that most monster flicks never come close to. The action scenes are masterfully shot and breathtaking as well. If you’ve never seen it, turn down the lights––you’re in for a real treat.

While Let Me In is not quite as haunting as the original Swedish film it was inspired by (Let The Right One In), it’s extremely close––and that’s a major compliment to director Matt Reeves, who clearly tried to emulate every beat of the original film as closely as he could. The story follows a friendship between a lonely, bullied 12-year-old boy and a young girl he meets who turns out to be a vampire (played by a young Chloe Moretz). Alternately chilling and touching, it’s one of my personal favorites of the last ten years. And of course, after you watch this one, go watch the original.

The Cabin in the Woods

The Cabin in the Woods is producer Joss Whedon’s love letter to horror films, but like everything else he makes, it totally, happily does its own thing. The story follows five friends going to a secluded forest cabin to enjoy a quiet getaway. Of course, we know that’s not happening. But instead of being stalker by a killer in a mask, they stumble upon something much wilder. You can expect strange diaries, sex, zombies, and over-the-top deaths. Also, lots of laughs. The Cabin in the Woods is clever and really, really fun to watch.

Children of the Corn

Written in Stephen King’s heyday, Children of the Corn is every bit as chilling today as when it came out in 1984. Set in a fictional Nebraska town, the children are living a strange reality: cult worship of an unseen deity they call He Who Walks Behind the Rows. They decide to overthrow the town and murder all the adults, and from there, things pretty much hurtle downhill. It’s not always a perfect film, but it is an entertaining one with some truly chilling imagery, so grab the popcorn and enjoy what happens when deranged kids run riot.

The story of real-life supernatural investigators Ed and Lorraine Warren is a fascinating one thanks to their chosen occupation. The Conjuring tells a fictional account one of their investigations into a haunted house. The story is well-told, but it also acts as an introduction to the Warrens’ work, which is infinitely more fascinating on the whole. The couple spent their entire lives investigating the supernatural, and their findings were quite intriguing, so if you’re as fascinated by them as I was you might wanna check that out.

Set in 1825, in the British penal colony of what is now Tasmania, The Nightingale tells a deeply cathartic and unflinchingly dark story about a woman seeking freedom for her family from the British Army Unit they serve. Her request is met with violence (trigger warning: rape) and pushes her to seek out a bloody revenge against the men who have ruined her life. She enlists the help of a an aboriginal man as her tracker, a relationship that begins contentious but evolves into something much complex. The second film from The Babadook director Jennifer Kent reveals even more of her talent for powerful storytelling and imagery, and while it’s not for those with a weak stomach, it’s an amazing film.

Learning about what serial killer Jeffrey Dahmer was like in high school before he started his murder spree is both chilling and sad in equal measure. The film is based on the Eisner-nominated graphic novel by John “Derf” Backderf, who was friends with Dahmer at the time. The perspective is one we rarely see in the narratives of serial killers and is a really good watch. Admittedly, it’s also sometimes hard to watch because of the content, but horror fans are not likely to squirm away.