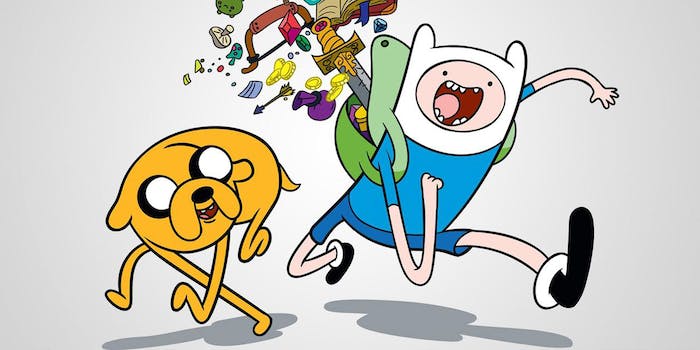 How to stream the best cartoons for kids on Hulu

Whether you're a toddler, teen, or in between, Hulu has cartoons for your age group.

Best Cartoons for Kids on Hulu

The Marvelous Misadventures of Flapjack

Not since Ren and Stimpy has morbid animation looked so cool. Set in the rough and tumble port town of Stormalong Harbor, the show focuses on Flapjack and his friend Captain K’nuckles in their never-ending quest for candy. Voice over legend Brian Doyle-Murray really makes this series pop.

There may not be a single show more synonymous with Nickelodeon’s golden era than the one that captures the adventures of four plucky babies, one precociously evil toddler, and a big green dinosaur named Reptar. You’ll laugh, you’ll cry, and maybe even enjoy Television’s best Hanukah episode.

Sega’s popular mascot is having a bit of a heyday. Unlike longtime rival Mario, Sonic isn’t afraid of crashing both the silver screen and the Cartoon Network. This series is a companion piece to the Sonic Boom video games featuring the Blue Blur, his pals Tails, Knuckles, Amy Rose, and of course, his archival Doctor Eggman.

The Craig McCracken classic about three tween superhero sisters originally ran from 1998 to 2005. But the world simply couldn’t abide a world without the Powerpuff Girls. So, in 2016, the show was revived, with all the same classic villains, action, comedy, and charm of the original. If you miss this revival, now’s your chance to catch up.

Best Cartoons for Teens and Tweens on Hulu

Fourth grader Arnold Shortman has a head shaped like a football, but aside from this, he’s just like any other American tween. Arnold’s life is decidedly normal, but it’s what makes the show so great. I’d like to see a live-action show deal with bullying, poverty, honesty, friendship, and family as well as this gem did.

What is Regular Show? It’s far from what the title says. A bluejay named Mordecai and his raccoon roommate Rigby and their attempts to do everything but their actual jobs as park groundskeepers. In doing so, they typically get way more than they bargain for whether they have to slay demon-possessed arcade machines or big floating heads who look suspiciously similar to Billy Mitchell of King of Kong fame.

The Warner Brothers Yacko and Wacko, and their little sister Dot have near full reign when it comes to raising hell on the Warner movie lot. This Steven Spielberg produced animated series is far too smart for its own good, and got quite a few tawdry jokes past the censors when it aired in the ’90s. Catch up on past seasons before the 2020 revival hits Hulu laters this year.

Pendleton Ward’s post-apocalyptic surreal-comedy action adventure is as close to binge-quality as animation gets. The adventures of Jake the Dog and Finn the human are as heartwarming as they are hilarious. You want lore? There’s likely more canon covering the Land of Ooo than Middle Earth, making it total nerd fodder.

Best Cartoons for Toddlers on Hulu

George is a tailless monkey and best friend of a man with a big yellow hat. Occasionally, George’s curiosity gets the best of him, and he gets into all manner of spills, problems, and messes. Luckily, these accidents are great teachable moments

They’re cute, they’re French, they’re totally genderless. Molang, the chunky rabbit is pretty persnickety when it comes to just about every aspect of their life. Their best pal Piu Piu hates attention and is even more high-strung than Molang. Their friendship is unlikely but totally charming. Also, considering the duo has crashed the Stone Age, Ancient Greece, King Louis’ court at Versailles and the 20th century, they’re likely immortal beings. Go figure.

When it comes to television that feeds young, curious minds, Sesame Street is unmatched. Unfortunately, like many blocks in popular cities, Sesame Street has gentrified and is now behind the HBO paywall, but select legacy seasons can be found on Hulu to get little ones their fix of Elmo, Big Bird, Cookie Monster, and Oscar the Grouch.

Sir Cedric started out as a young pumpkin farmer, but eventually became the greatest knight in the kingdom. It even won him the hand of a handsome prince. Now, he recounts his fairytale adventures to his daughter Nia, as she seeks to follow in his footsteps in becoming a knight. This Hulu original is not only a fun fantasy romp, but comes complete with LGBTQ+ representation, which is nearly unheard of in children’s television.