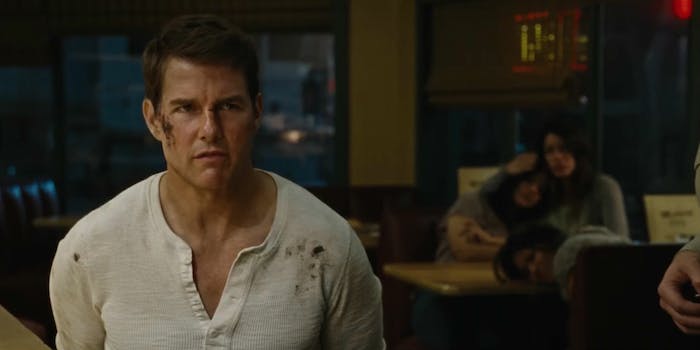 The best action movies on Hulu

The 12 best action movies on Hulu

Quentin Tarantino’s sprawling martial arts revenge epic offers up over four hours of everything audience’s love about Tarantino films. Calling a QT film “sprawling” may be redundant, but he knows how to deliver the goods each time out. Uma Thurman is The Bride, and she’s out to find Bill and kill him. It’s a simple enough pitch, but there is so much more to the story than just revenge. While the mythical “Whole Bloody Affair” version isn’t readily available, streaming the two films back-to-back is a reasonable approximation.

The Mission: Impossible films continue to get better and better, and Fallout is the best Mission yet. The plot revolves around Ethan Hunt and his team as they search for stolen plutonium and yadda, yadda, yadda. The story is a continuation from the previous entry, Rogue Nation, and the two movies make an excellent pair. That’s all good as well, and satisfying, but that’s not why we’re here. The stunt work in this movie is absolutely insane, almost as insane as Tom Cruise’s commitment to performing his own stunts. With returning players Ving Rhames, Simon Pegg, Rebecca Ferguson, and new additions in Henry Cavill and Angela Bassett, Fallout offers an embarrassment of riches.

If you go into Punisher: War Zone with the mindset that you’re watching a live-action cartoon, you’re going to have a blast. Director Lexi Alexander ditches the dreary tone that bogged down previous Punisher films. Ray Stephenson plays the aggrieved Frank Castle, and he smashes skulls and and cracks bones with a fervor that will take your breath away. You’ll laugh as much as you wince, that’s a guarantee. There’s a scene where a guy is parkouring his way across rooftops and Punisher shoots him with a rocket launcher. Do you need to hear more?

The Wachowski siblings burst on the scene with this slick-as-hell crime thriller. Gina Gershon and Jennifer Tilly team up to steal $2 million from the mafia. The plot is straightforward, and the movie rocks along at a fast pace. It’s a testament to the Wachowskis’ talent that a movie with a minimal number of locations feels so kinetic and propulsive. Despite going on to work on significantly more expensive and complex films, Bound remains either the best or second-best Wachowski film (the other being The Matrix).

Takashi Miike’s samurai epic 13 Assassins, a remake of a 1963 film of the same name, is one of the Japanese master’s best films. It’s about a group of assassins (as you could guess from the title) who team up in an attempt to kill the odious Lord Matsudaira Naritsugu. The first half of the film is restrained as the team comes together and forms its plan, but the film’s climactic battle pays off the buildup and rewards the audience’s patience tenfold (thirteenfold?). It’s roughly 40 minutes of immaculately staged action mayhem. It’s pure spectacle that will take your breath away.

Blade of the Immortal

In Takashi Miike’s Blade of the Immortal, a samurai suffering through a family tragedy decides to work through his grief by helping a young girl avenge a tragedy of her own. Samurais plus revenge plus Miike: It’s a recipe for surefire entertainment. Blade of the Immortal is epic both in length and scope. This is familiar territory for Miike, but with Immortal being his 100th directorial credit, everything is familiar, and I mean that as a compliment.

With South Korean action-fest The Villainess, director and co-writer Byung-gil Jung finds the most success when operating as a straight-forward action movie. The story falters a bit when it goes heavy on exposition, but that’s a small price to pay when the setpieces are this thrilling. The Villainess is the kind of movie where you root for things to get crazier and crazier, and Jung is more than happy to oblige.

Crank: High Voltage is for the hardcore action junkies. The first Crank ended with hero Chev Chelios (Jason Statham) falling out of a helicopter. The sequel kicks off with Chelios landing in the middle of a street, where he is snow-shoveled off the street and taken to a place where his heart is replaced with an artificial one that requires routine jolts of electricity. Crank lives in the land of excess, so you’ll either love it or shut it off after 10 minutes. But Crank: High Voltage is truly a one-of-a-kind movie (well, two-of-a-kind) and a memorable viewing experience.

While critics didn’t quite get onboard for a second Jack Reacher film, Never Go Back is still entertaining. Say what you will about Tom Cruise, but he’s a magnetic screen presence, and he’s always giving maximum effort. This time out Reacher finds himself at the center of a government conspiracy that he will have to kick and punch his way out of. There is a certain baseline quality to Cruise’s action movies, and Jack Reacher may never reach (sorry) the heights of the Mission: Impossible movies, but it’s more than serviceable and one of the best action movies on Hulu.

In an episode of The Office, Jim Halpert once described parkour as “getting from Point A to Point B as creatively as possible.” Jim isn’t totally wrong, but he failed to mention how much fun it can be to watch high-level parkour. District B13 makes that case, emphatically. Set in the slums of Paris, District B13 is packed wall to wall with cops and gang members running and jumping off every surface you can imagine. The movie is so energetic you’ll feel like running up a wall by the time it’s over. Take our advice and don’t. Just watch District B13 and save yourself an injury.

Tony Jaa is one of the world’s preeminent martial artists, and Jaa is the main draw of almost any movie he’s in. The Ong-Bak series kicks off with this story of a man who takes on the criminal underworld in order to return a statue to his village. If you’re a fan of Bruce Lee or Jackie Chan, or martial arts in general, you’re bound to enjoy Ong-Bak, one of the best action movies on Hulu.

The Fellowship of the Ring is first and best installment in The Lord of the Rings trilogy. It’s the most fun, the most exciting, and contains the most memorable moments of the entire series. J.R.R. Tolkien gave fans maybe the most memorable ensemble in fantasy history with the mismatched group of creatures assembled here, and Peter Jackson brings their quest to life with equal thrills and pathos. If you’ve got a spare three hours and have somehow managed to ignore The Lord of the Rings all these years, you might as well get acquainted now.