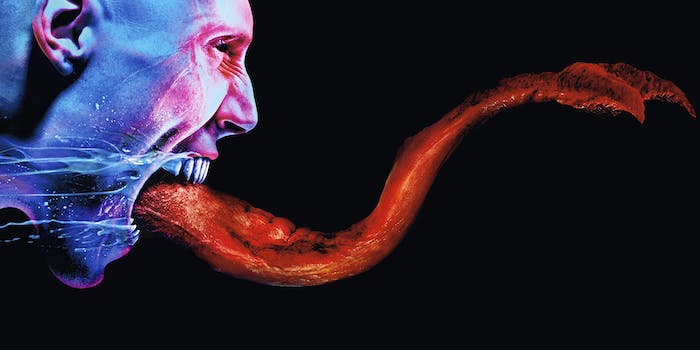 The best horror shows on Hulu

These Hulu horror shows bring the scares you're looking for.

The 10 best horror series on Hulu

Annie Wilkes, the famous villain of Stephen King’s best-selling novel Misery, is definitely the kind of woman you want to know a lot more about. When did her fangirling sour into murderous intent? Where does she go when she checks out of reality? And what kind of disturbed childhood made her this way? Answer those and more in Castle Rock, a Hulu Original series based on the town that’s appeared in many of his novels and its inhabitants. Wilkes doesn’t appear until season two, but you’ll have plenty to keep you busy leading up to her debut.

Some seasons of AHS are better than others—I’m a huge fan of the first and sixth—but they all go for original storytelling that’s rooted in spooky settings. Some of the same actors resurface in different seasons as well, which makes a great opportunity to marvel at how well they take on new characters. The latest season takes on a theme that’s a classic soft spot for just about all horror fans: ’80s slasher flicks. Best of all, you can watch all nine seasons on Hulu, which makes for a hell of a binge.

This Hulu Original is like a series and a movie rolled into one. It offers 16 horror films, corresponding to the months of the year, that take on everything from hit men in search of vengeance to college students being trapped within an evil board game. The first year was received well, which is why there are 16 to watch even though there are only 12 months in a year. Personal picks include Pure (although I’m a sucker for anything featuring a “purity retreat”) and A Nasty Piece of Work, which has mild Battle Royale-esque vibes. It’s great to see Hulu pouring such resources into original horror, and a lot of fun to watch.

Based on the novel written by Guillermo Del Toro and Chuck Hogan, The Strain tells a story through the eyes of Dr. Ephraim “Eph” Goodweather, the head of the CDC’s rapid response team, as he faces the threat of a virus carried into New York City on an airplane. If that hits too close to home right now, let me spoil something for you: The virus is vampiric in nature. The four seasons of the show so far aim to cover the content of the three novels in the trilogy (and a fifth and final one is coming). It’s an engaging and spooky tale about ancient vampires staging a world takeover, so if you love that kind of thing, don’t miss this one.

This series is indeed related to the classic horror film of the same name––in fact, it serves as a direct sequel. On one side of the world, a priest in Chicago is drawn to investigate a parishioner who fears something is wrong with her daughter, while on the other, another priest and renegade exorcist in Mexico City copes with the death of a child whose soul he could not save. Sadly, The Exorcist only lived for two seasons, which is a shame as it’s a pretty solid show. But there’s a silver lining: You can binge the whole thing in a single weekend easily.

The first run of this show has been around forever––11 seasons to be exact. Fans love it so much (and understandably, as it spearheaded so much of the paranormal reality television trend) that it had to make a comeback. The Atlantic Paranormal Society (TAPS) is back on the road investigating haunted homes, schools, and even a castle. Highly entertaining at every turn, Ghost Hunters may or may not be the real deal…but it’s fun to watch either way.

Based on a popular film series of the same name, The Purge introduces a radical concept in its version of America: once a year, all crime is legal for 12 hours (including murder), introducing a moral quandary for all involved. Naturally, chaos ensues as people’s true desires rise to the surface. Gripping and intense, The Purge takes a terrific premise and turns it into solid, terrifying entertainment.

Anime has a history of delving into extremely dark subject matter, so if you’re a horror fan but have never tried watching it, give Parasyte: The Maxim a try. When high school student Shinichi Izumi is attacked by an alien creature that burrows into his arm, he learns that foreign creatures called Parasytes are trying to take over the world. When the Parasyte that attacked him fails to take over his brain, he’s stuck sharing a body with it and learning more about its intentions than he ever wanted to.

Based on the New York Times bestseller by Joe Hill (who happens to be good old Steve King’s son, btw), NOS482 is a vampire tale about an immortal named Charlie Manx who feeds on children and deposits their remains into a twisted realm inside his own mind called Christmasland. When artist Vic McQueen discovers that she has a supernatural ability to track Manx, she must find a way to use it and defeat him without becoming one of his victims herself.

If you like dark comedy in your horror, the screen adaption of the classic comic series Preacher ought to suit your tastes very well. Jesse Custer is a preacher in a small Texas town who becomes possessed by an all-powerful spirit called Genesis. It causes him to go in search of God, accompanied by an ex-girlfriend and an Irish vampire. Preacher spans four seasons and while it’s nowhere near as in-depth as the comic, it’s worth a watch if you prefer shows to books.

If you want to watch episodes of your favorite shows on the day after they air, there’s no better option than Hulu. The streaming service, which just slashed the cost of its ad-supported version to a mere $5.99 per month, offers episodes of shows including Seinfeld, Family Guy, Golden Girls, and many other hits on-demand. There’s also tons of celebrated original programming including Letterkenny, Veronica Mars, The Handmaid’s Tale, and PEn15. If you subscribe to Hulu with Live TV, you’ll get the on-demand portion of Hulu included for free. You can also upgrade to Hulu with No Commercials for $11.99 per month.