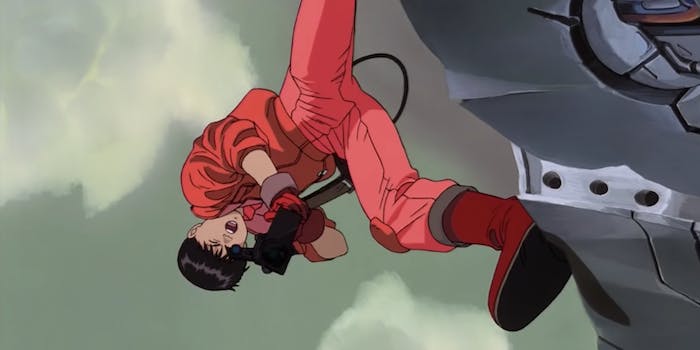 The best anime movies on Hulu

Hulu has some gems tucked away in its anime movie catalog.

Thirty years after its release, Akira remains an audacious high point in the history of animation. This mega-budget feature has some of the most detailed animation in history, leaving it looking as fresh today as it did upon release. Meshing psychic warfare, ’80s Japanese cultural criticism, and sci-fi biker fights, Akira does its best to condense a massive manga series into a two-hour movie. While the result is occasionally confusing, Akira is a timeless film. As you’re watching, take note of every anime you’ve seen before that references Akira in some way. You’ll fill a whole notepad.

Anime is often thought of as an art form that can tell action stories, comedies, or romances, but little else. Grave of the Fireflies is a devastating example of the genre’s reach, a somber World War II story with a heartbreaking ending. Set in Kobe, Japan, following the firebombing of the city, Grave of the Fireflies explores two orphans’ fight for survival. The animation is truly breathtaking, a beautiful wrapping for an otherwise grim story. If you want to discover the dramatic possibilities of anime, make time for Grave of the Fireflies.

Ninja Scroll was a global smash, spoken of in the same breath as Akira and Ghost in the Shell. The Wachowskis even cite the film’s over-the-top, gravity-defying fights as a significant influence on their Matrix trilogy. Set during the Edo period, the movie follows a wandering swordsman named Jubei, who is poisoned by a spy in need of help. In exchange for the antidote, Jubei must agree to help stop a vile warlord and his collection of mystical devil warriors. The story may be clichéd, but the inventive action is unbelievable. (Be warned: Ninja Scroll does contain one scene of sexual assault.)

Trigun’s blend of kinetic action and post-apocalyptic world-building made it a beloved series. Badlands Rumble lets you get a taste without watching the entire series. Vash the Stampede is off on a new job, hunting down the legendary Gasback. Twenty years ago, Vash got in the way of one of Gasback’s heists. Now, word on the street is the criminal is back, with a $300 million price on his head. Vash heads out to get his slice of the profit, wading through countless bullets and bounty hunters along the way.

Birthed from the mind of Takashi Okazaki, Afro Samurai was inspired by the artist’s love of hip-hop and American depictions of Japanese culture. Samuel L. Jackson stars as Afro Samurai, welder of the Number 1 headband, an artifact of godlike power. Resurrection is the second movie in the series, so the plot—involving finding the Number 2 headband—can get confusing. But you don’t need to keep up to enjoy the film’s breathtaking art and fight scenes. Instead, appreciate this brilliant sci-fi meshing of street art and classic ninja combat for the visual feast it is.

One of the best parts of watching anime movies on Hulu is being able to catch up on the series first. Take K: Missing Kings for example. On its own, the film makes no sense. But if you take the time to watch season one of K beforehand, you’re in for a wonderful time. Unbeknownst to the population, the psychic Seven Clans of Color secretly control the world. Set after the events of season one, Missing Kings follows a group of warriors as they search for their absent ruler. Giving away more would be a sin, but this elegantly animated series is worth investing your time in to fully appreciate the accompanying movie.

This adaptation of the cult classic PlayStation Portable RPG is a fast-paced action-adventure for fantasy fans longing for magic and swordfights. 10-years after the Liberl Kingdom almost fell to the Erebonian Empire, the tiny mystical land is still rebuilding. Thanks to the help of a magical Bracer’s Guild, Liberl is safer than ever. Even more excitingly, Estelle Bright, daughter of legendary Bracer Cassias, is finally joining the Bracers. But when their father’s airship goes missing Estelle and her adopted brother Joshua find themselves trapped in a life-threatening adventure to get it back. Thrilling, beautifully animated, and over too soon Legend of Hero leaves you wanting more.

Mecha combat has a deep history in anime even if it goes underrepresented in the library of anime movies on Hulu. Fafner: Heaven and Earth is a thankful exception. Set in 2148, after the original Fafner series, Heaven and Earth introduces viewers to a world recovering from a war with a powerful alien foe. Traumatized and injured, the people of Tatsumiya Island have begun to rebuild. But the discovery of a mysterious child on a crew-less submarine sparks the beginning of a new conflict no one could anticipate. If you enjoy the gritty mecha world of Gundam, give Fafner: Heaven and Earth 88 minutes of your time.

Fairy Tail is a lovely anime series whose world of wizards and magic should be instantly familiar to anyone who likes fantasy. In Phoenix Priestess, Natsu and his band of magic warriors find themselves trapped in the Duke’s devious plot for immortality. Unlike many films that continue plots from a previous series, Phoenix Priestess is a blissful standalone experience. Save the research for another time and jump headfirst into the funny, magical world of Fairy Tail.