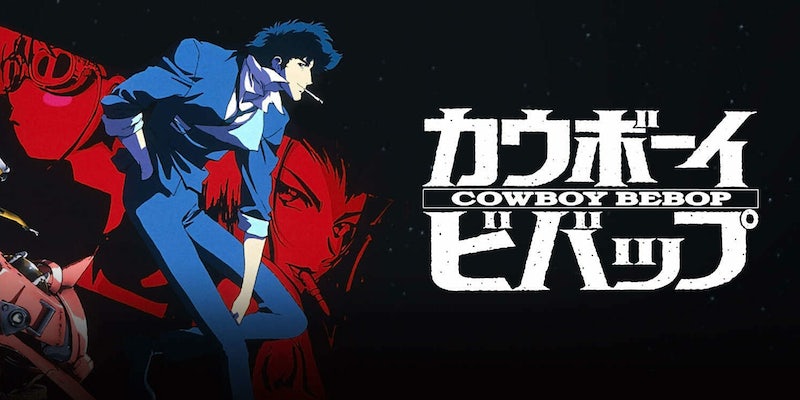 12 things you never knew about the classic anime ‘Cowboy Bebop’

Cowboy Bebop may have only run for 26 short episodes and a movie, but its influence and importance resonates to this day. A critical and commercial smash in both Japanese markets and around the world, Cowboy Bebop is a siren song for anime and adventure lovers of all stripes. With such a short existence, it’d be easy to assume you know everything there is to know about Cowboy Bebop. You’d be wrong.

What was the original purpose of the spaceship Bebop? What impact did 9/11 have on the show? Don’t call a Cowboy on yourself for not knowing, just sit back an enjoy the 12 things you need to know about Cowboy Bebop.

Cartoon Network’s Adult Swim block is well known as a home for cutting-edge anime now, but that wasn’t always the case. Cowboy Bebop was the first anime series to run during Adult Swim, launching Sept. 2, 2001. Since its debut, Cowboy Bebop has run almost continuously, with a brief stoppage due to rights issues in 2013. That marks nearly 18 years of Cowboy Bebop on Adult Swim.

It’s unlikely that the first thing you think of when Cowboy Bebop comes to mind is the violence, but it’s been a significant issue for the series. In the United States, the show’s initial run was censored due to content; however, several episodes were also cut due to the show premiering the week before the 9/11 attacks. Network executives decided to cut three episodes from the first two runs on Cartoon Network. That included episode 6 “Sympathy for the Devil” because of the death of a child, episode 8 “Waltz for Venus,” which opens with a spaceship hijacking, and episode 22 “Cowboy Funk” about a skyscraper bombing that causes a building to collapse. The episodes were eventually aired by the channel. Episode 19, “Wild Horses,” was also briefly banned in 2003 for a few years due to its similarity to the Columbia shuttle disaster.

3) Cowboy Bebop is heavily influenced by music, with each episode title paying tribute to a band or style

Bebop might be right in the name, but Cowboy Bebop’s love of music goes far beyond its title. Each episode is named after a famous band or genre of music, from episode 1 “Asteroid Blues” to episode 5 “Ballad of Fallen Angels,” a tribute to the Aerosmith song of the same name. Over the course of its 26 episodes, Cowboy Bebop’s titles referenced The Stray Cats, Rolling Stones, Queen, Miles David, the heavy metal itself, Samba music, Herbie Hancock, and more. It’s worth taking a spin down the episode titles to see what hidden gems you can find for yourself.

Episode 19 “Wild Horses” is one of the show’s best, thanks to the wonderful interplay between Spike and Doohan’s assistant Miles. Watching Spike’s exasperation over Miles’ obsession with baseball is a treat, but it isn’t the only baseball content in the episode. “Wild Horses” also contains a hidden Babe Ruth Easter egg in the form of its villains. Spike and crew are charged with hunting down the pirates George, Harman, and Ruth. In the real world, Babe Ruth’s actual name was George Herman Ruth.

When we meet our heroes, they’re in the process of getting their lives in order after a period of chaos. In a stroke of fate, the universe made sure things started coming together for them exactly three years ago. Jet and Spike started working together, Fae was taken out of cryofreeze, and Ed wandered away from the orphanage—and as a result, we have Cowboy Bebop.

Jet’s ship, the Bebop, is more than just a home and mode of transportation for our heroes. In fact, it wasn’t even originally designed for adventure; it was made for fishing. The Bebop is a converted interplanetary fishing trawler, originally designed to catch and transport fish from the melted oceans of Jupiter’s Ganymede moon.

The cryogenic chamber Faye finally escapes has the serial number NCC-1701-B. That’s the same serial number as the USS Enterprise from the original Star Trek TV show. NCC is based on 20th-century aircraft registration. N refers to a ship registered in the United States while the first C stands for a civil aircraft. The final C was added, according to the Star Trek Encyclopedia, because it looked cool. If you’ve ever wondered if there was a hidden message on Faye’s capsule, the message is “Star Trek.”

It’s common in anime for characters to use fictional weapons in their fights, but Cowboy Bebop has an unusual appreciation for real-world hardware. Thanks to the hyper-realistic gun designs used in the show, fans have been able to figure out exactly what heat everyone is packing. Spike uses a customized IMI Jericho 941 R, chambered in 9x19mm, complete with a laser sight he never uses during the show. The details are so fine that you can see the serial number on Spike’s gun in stills from the Blu-ray. Looking for other Cowboy Bebop guns? Here’s a complete list of what was in the arsenal.

Cowboy Bebop’s influences are worn broadly and proudly, but perhaps none as proudly as the tribute in episode 22, “Cowboy Funk.” During the commercial break, viewers are treated to the following image.

This logo is a tribute to the ’80s Flash Gordon movie logo, which you can see below. While the movie series never took off, at least it will live forever as a cult favorite and anime Easter egg.

While the show’s censorship in America made sense as a cautious response to 9/11, the series’ struggles in Japan were another matter. American audiences missed only a few episodes, but Japanese censorship blocked a huge portion of the series. During Cowboy Bebop’s initial run on Tokyo TV, only 12 episodes aired due to violations of broadcast standards. The main complaints were the show’s sexuality and violence. Presumably, the corgi’s weren’t a problem. Eventually, the show found a second life on the satellite channel WOWOW, airing late at night where it couldn’t offend delicate sensibilities. It turns out no one was really ready for Cowboy Bebop.

11) Bebop as an influence on the characters

Bebop might be the name of our heroes’ ship, but it’s more than that. It’s a part of how the show works. The musical style of Bebop matches the way in which Spike, Faye, Jet, Ed, and Eln catch their bounties. Bebop is a heavily improvisational style of jazz, known for sudden and frequent key changes. Performers largely followed the melody of the song, with each member of the band getting a chance to shine and put their spin on the composition, just like crew during their adventures.

12) The original soundtrack has a storied composer

Any fan of Cowboy Bebop knows its iconic theme song “Tank,” but you might not be aware of the pedigree behind it. All of Cowboy Bebop’s original music was written by Yoko Kanno and the Seatbelts, a jazz band formed for the project. The Seatbelts have put out five collections of Cowboy Bebop soundtracks, along with providing studio recordings for Jin-Roh, Ask DNA, and Future Blues. Kanno’s scoring work in anime isn’t limited just to jazz, however. She has composed the soundtracks of important anime ranging from Macross Plus to Wolf’s Rain, along with releasing numerous solo albums of her work.