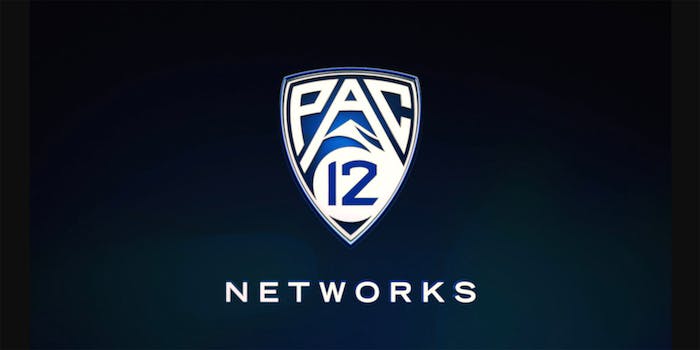 Stream Pac-12 Networks: How to watch Pac-12 football, basketball, and other sports

Here's how Ducks, Huskies, Trojans, and Bruins stream the Pac-12.

How to Stream Pac-12 Network

What is Pac-12 Networks?

If you like hoops, it has you covered with 150-plus men’s basketball games, including the bulk of the Pac-12 Tournament, and a truly staggering amount of Olympic sporting events. Pac-12 Networks showcases the best matchups from the conference, while six regional-based Pac-12 channels focus on local games and events.

Pac-12 Networks also features original programming, mostly devoted to college football, including The Pregame, Inside Pac-12 Football, and The Drive: Pac-12 Football. For those pressed for time, check out Football in 60, which replays the week’s previous Pac-12 games in highlight-reel form. If you want sports highlights across the spectrum Pac-12 Playlist will hook you up.

The network was launched in 2012 to serve fans of the West Coast’s best-known conference. With roots in the Pacific Coast Conference dating back to 1915, the Pac-12 has grown from its three left-coast state roots to encompass top schools from three other Western states.

In addition to its flagship channel, Pac-12 Networks has six regional channels which each feature sports from two conference schools.

How to stream Pac-12 Network

FuboTV started as a streaming service geared toward sports fans, but it’s evolved into a broadly-appealing option with entertainment and news options alongside its robust sports choices. It starts at $54.99 a month, and depending on the package, you can access as many as 180+ FuboTV channels. Fubo will entertain you with Bravo, IFC, MTV, and VH1 at its most basic tier.

To get the flagship channel and all the regional networks, get FuboTV’s Sports Plus with NFL RedZone add-on package for $10.99 per month. It brings you nearly 30 sports channels to stream, including (as the name clearly indicates) NFL RedZone.

The Sports Extras package is $15 per month, available with Orange + Blue. It gets you Pac-12 Networks as well as MLB Network, NBA TV, NHL Network, and more. If you have just Sling Blue or Sling Orange, the sports add-on for each, at $10 per month, will work as well.

Vidgo offers a package for under $40 a month that pulls together more than 60 English-language channels into its National English Package. Its channels include ABC, Fox, the ESPN family of channels (including ESPN Deportes), NFL Network, and it’s one of the few streaming services that carries BeIN Sports. But it’s like Fubo in that, even though it started out for streaming sports, it carries a lot more now. There’s even a Social TV platform that allows you to chat with other Vidgo viewers about what you’re watching.

At the Plus level on the English side, you get NFL RedZone and all the Pac-12 Network regional options, while the Core plan gets you the flagship channel.

The Pac-12 Now app, available for both iOS or Android, allows you to carry your team in your pocket. You’ll still need either a cable or live TV streaming subscription to access live features, but with the mobile app, you can watch on the go, check scores and highlights, and tune in to your preferred Pac-12 Networks channel.

When in doubt, you can always watch the Pac-12 Network at Pac-12.com/live. As with the Pac-12 Now app, you’ll need a cable or live TV streaming subscription to watch live games.

For more options, you can check out Pac-12 Network’s Channel Finder.