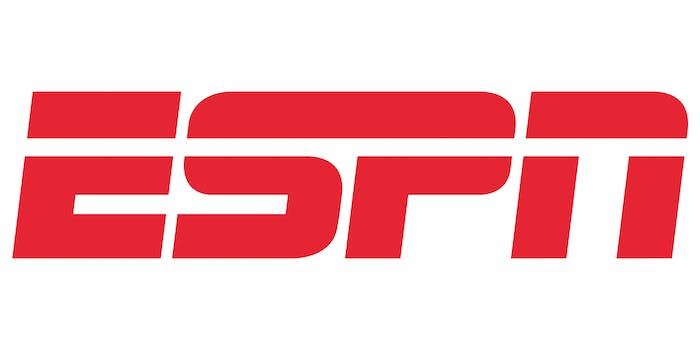 How to stream ESPN

ESPN used to be the domain of cable viewers, but now you have options.

Stream ESPN for a cornucopia of live sports and analysis.

No matter which sport is in season, you’ll want to know how to stream ESPN. Whether it’s Monday Night Football, NBA and Major League Baseball games, soccer matches, or highlights from around the sports world via SportsCenter, knowing how to watch ESPN is a must for sports fans.

The 30 for 30 series is another example of why ESPN’s beloved by sports fans. It’s a deep dive into sports stories that’s gone well beyond its roots as a Bill Simmons project, into one of the network’s longest-running features.

The recent move by Fubo to pick up ESPN (among other Disney Media channels) shows just how important it is in the streaming world. Now, six different streaming services carry the network … though in some cases, you need to make sure you’re on the right plan to stream ESPN.

Where to stream ESPN

ESPN live stream: How to stream ESPN without cable

ESPN on Hulu with Live TV

If you’re looking for a streamlined, cost-effective streaming package, check out Sling TV. It offers two basic cable packages, Sling Orange and Sling Blue, each of which costs $30 per month. There’s also the third option of getting Sling Orange + Blue for just $45 per month. Sling also has a number of add-ons, including robust international packages organized by languages all over the globe.

You’ll get more Sling TV channels by choosing Sling Blue, with its 40 channels including sports favorites like FS1 and NBCSN and cable mainstays like Food Network and Discovery Channel. But Sling Orange brings must-haves Disney Channel and ESPN as part of its package. Sling Orange + Blue will also get you ESPN, and it’s there if you can’t choose between the two skinnier packages.

If you’re already looking to AT&T for your wireless needs, you might consider AT&T TV Now to cover streaming for you. AT&T TV Now channels start with Plus and Max, which even include HBO. Then, AT&T plans expand from there, approaching cable selection and pricing with AT&T TV Now’s biggest packages. AT&T streaming also comes with Cloud DVR, letting you record up to 20 hours of TV per month. If you’re looking for ESPN, don’t fear: It’s available at even the most basic levels.

Vidgo offers a package for under $40 a month that pulls together more than 60 English-language channels into its National English Package. The baseline package of Vidgo channels include ABC, Fox, and the ESPN family of channels (including ESPN Deportes). Vidgo is also one of the few streaming services that carries BeIN Sports. But it’s like Fubo in that, even though it started out for streaming sports, it carries a lot more now. With Vidgo, you can watch a game on ESPN and chat about it online via Vidgo’s Social TV platform.

Editor’s note: This article is regularly updated for relevance and clarity. The Daily Dot may receive a payment in connection with purchases of products or services featured in this article. Click here to learn more.