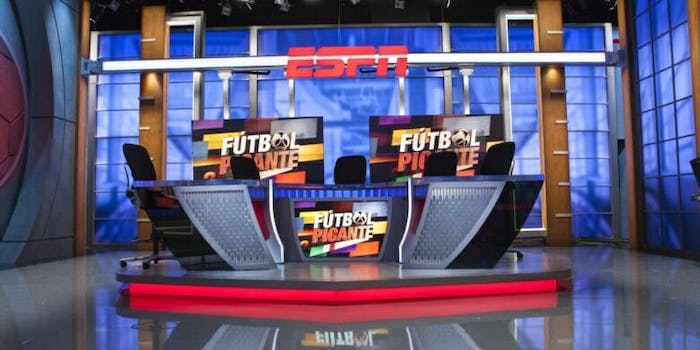 How to stream ESPN Deportes

Where to stream ESPN Deportes 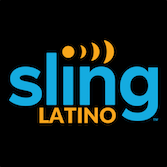 ESPN Deportes launched in 2004, and it’s been all but mandatory for Spanish-speaking sports fans ever since. It’s home to all sorts of soccer, NFL and NCAA football games, the NBA, UFC, boxing, and so much more. And its studio programs range from SportsCenter to the chill hangouts of Ahora o Nunca and the love-it-or-hate-it-or-sometimes-both institution that is Fútbol Picante.

For years, live sports posed the biggest challenge to aspiring cable cutters. Sure, you could binge Breaking Bad on Netflix all day. But if you wanted to watch Liga MX matches live (legally and hassle-free, anyway), you faced more of a struggle. Fortunately, that’s no longer the case. With any one of a variety of live TV subscription services, you can catch ESPN Deportes, no cable subscription needed.

Here’s everything you need to know to watch ESPN Deportes online.

There are a number of live TV streaming services that offer ESPN Deportes. So, how do you decide which one is right for you? That depends on your budget, what other channels you just can’t live without, and what device (or devices) you plan on streaming with. We cover all of those essential issues below. But don’t worry: No matter which service you select, you’ll be able to start with a one-week trial, allowing you to watch ESPN Deportes for free.

If you’re looking for a streamlined, cost-effective streaming package, check out Sling TV. As one of the few services that offer an individual streaming experience catered to Spanish-speaking sports fans, it’s probably the best option to stream ESPN Deportes. Sling TV offers two basic cable packages, Sling Orange and Sling Blue, each of which costs $30 per month. There’s also the third option of getting Sling Orange + Blue for just $45 per month. You’ll get more Sling TV channels by choosing Sling Blue, with its 40 channels including sports favorites like FS1 and NBCSN and cable mainstays like Food Network and Discovery Channel. But Sling Orange brings must-haves Disney Channel and ESPN as part of its package. There’s also a Sports Extra option for each Sling package, with MLB Network, NBA TV, and NHL Network part of each plan

Hulu Live TV is a great way to stream ESPN Deportes live, as it also comes with access to Hulu’s massive library of on-demand content. You’ll be able to choose from movies, shows, and Hulu’s original programming, and keep up with what’s new each month. Hulu plans even include a bundle option where you can access Disney+ and ESPN+ along with Hulu.

The Fubo channel list still includes plenty of sports, including the Fubo Sports Network, which has original programming mixing sports and humor. The ESPN suite of channels, including ESPN Deportes, was added as part of an agreement that also brought ABC and the Disney Channel. Pretty much every sports channel you could think of is available through Fubo, including BeIN Sports, CBS Sports Network, and TUDN.

Vidgo offers a package for under $40 a month that pulls together more than 60 English-language channels into its National English Package. Vidgo channels include ABC, Fox, the ESPN family of channels (including ESPN Deportes), NFL Network, and it’s one of the few streaming services that carries BeIN Sports. But it’s like Fubo in that, even though it started out for streaming sports, it carries a lot more now. There’s even a Social TV platform that allows you to chat with other Vidgo viewers about what you’re watching.

There are also two Latino options featuring ESPN Deportes, Fox Deportes, and TyC sports at both levels. At the Plus level on the English side, you get NFL RedZone and all the Pac-12 Network regional options.