How to stream Bloomberg TV live

If you want to know what's happening in the global markets, check out Bloomberg TV.

How to stream Bloomberg TV 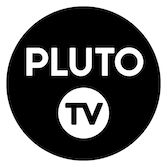 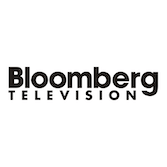 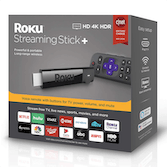 What is Bloomberg TV?

Before Michael Bloomberg cemented his place in American political annals with his 2020 run for president, and even before he became mayor of New York City, he gained prominence for creating a media company focused on the stock markets. Today, Bloomberg TV’s one of the crown jewels of the Bloomberg empire. The network focuses on news from a financial perspective, with its 24-hour programming covering what’s happening in Wall Street as well as Europe, Asia, Australia, and the Middle East.

If you’re looking for a streamlined, cost-effective streaming package, check out Sling TV. It offers two basic cable packages, Sling Orange and Sling Blue, each of which costs $30 per month. There’s also the third option of getting Sling Orange + Blue for just $45 per month. You’ll get more Sling TV channels by choosing Sling Blue, with its 40 channels including sports favorites like FS1 and NBCSN and cable mainstays like Food Network and Discovery Channel. But Sling Orange brings must-haves Disney Channel and ESPN as part of its package. To gain access to Bloomberg TV, you’ll either need Sling Orange or Sling Orange + Blue. Sling also has a number of add-ons, including robust international packages organized by languages all over the globe.

Pluto TV is a free internet TV service that provides users with the same sort of experience provided to subscribers of paid streaming services like Sling, Fubo, and Hulu. Pluto doesn’t offer you all the channels you might expect from a streaming service, but you will see a lot of familiar options alongside some upstart channels you’ve never heard of before.

The Bloomberg TV website has two options for viewers. One is the standard Bloomberg TV feed, mirroring what’s streamable on Sling. The other is Bloomberg TV+, which overlays real-team financial info onto the broadcast.

If you have Roku, you already know there are a number of channels you can access through the Channel Store, including some intriguing news options. Bloomberg Television is part of a list that also includes ABC News, CBSN, Euronews, Fox News, NBC News, Newsweek, Newsy, and a number of local news channels.