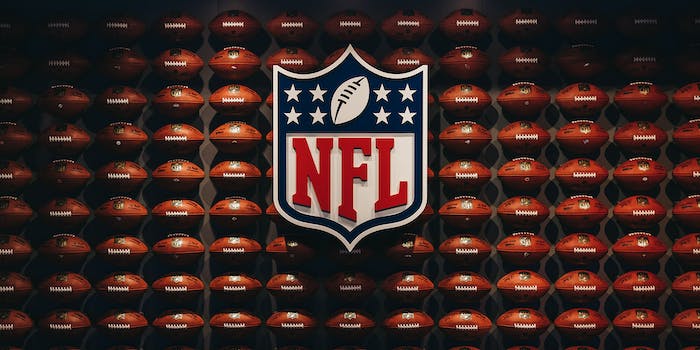 Check out this week's NFL schedule.

Where to stream NFL Games

To stream NFL games, you’ll need a streaming service that accesses CBS, Fox, and NBC, for starters. The first two handle the Sunday 1pm, 4:05pm, and 4:25pm ET games, while NBC’s got this year’s season opener and the increasingly-popular Sunday night contest.

Monday Night Football is a longstanding American tradition. You’ll want ESPN for that—and for football coverage throughout the season.

You’ll also want NFL Network to catch the bulk of the Thursday night games. Later in the season, you’ll be able to access Thursday Night Football via Fox and Amazon Prime Video. The Week 2 through Week 4 games, however, are exclusive to NFL Network.

There’s another way to watch Sunday games: NFL RedZone. Rather than sticking with one game, it jumps from game to game, giving viewers commercial-free live action. For fantasy football players, it’s essential. A number of streaming services carry it, and you can also watch it using Amazon Prime Video.

There’s another way to watch multiple games on Sunday: NFL Sunday Ticket. It’s a service giving you access to all the out-of-market games. It’s essential if you’re a fan of a team that isn’t typically carried by your local CBS or Fox channel. It gives you the ability to choose which game you’re watching.

How to stream NFL games: What streaming services carry the NFL?

Hulu Live TV’s sports coverage includes the full suite of ESPN channels (including ESPN2, ESPNews, ESPNU, and ESPN College Extra). It also has CBS, Fox, and NBC for live streaming NFL games, FS1 and FS2, NBSCN, the Olympic Channel, and the Big Ten Network. Hulu’s also got you covered for news and entertainment in its nearly 70-channel package.

Sling Blue, with NBC and Fox in select markets, is your better bet for NFL coverage, though Sling Orange sets you up on Monday nights. If you’re going Sling, you’ll want to consider what AirTV brings to the equation.

The Fubo channel list still includes plenty of sports, including the Fubo Sports Network, which has original programming mixing sports and humor. Fubo added the ESPN suite of channels in an agreement that also brought ABC and the Disney Channel. It’s also got NFL Network, NFL RedZone, and local channels for streaming the whole slate of games each week. Pretty much every sports channel you could think of is available through Fubo, including BeIN Sports, CBS Sports Network, and TUDN. If you want to access all the sports Fubo delivers, get Fubo Elite plus the $10.99 per month Sports Plus with NFL RedZone add-on.

At its most basic Plus tier, you can find sports staples like ESPN, ESPN2, and FS1. Considering that AT&TV TV Now plans include the loaded Ultimate and Premier tiers, as well as the Spanish-language Optimo Mas package, you can find whatever sports channel you’re seeking in at least one of the AT&T TV Now plans. AT&T TV Now definitely covers you on Thursday, Sunday, and Monday.

The YouTube TV channel list includes local channels and sports channels; you can stream the NFL in its entirety with it.

It’s got plenty to keep kids (and kids at heart) occupied, including Disney Channel and its companion channels, Nickelodeon, and Cartoon Network—all in one easy-to-access package. It even comes with a few Spanish-language channels like Telemundo and NBC Universo. YouTube add-ons include HBO Max, Showtime, and Starz. YouTube TV packages have some advantages over their competitors, including a generous DVR and multiple screens package. From one account, each user can create an individual profile to track favorite shows.