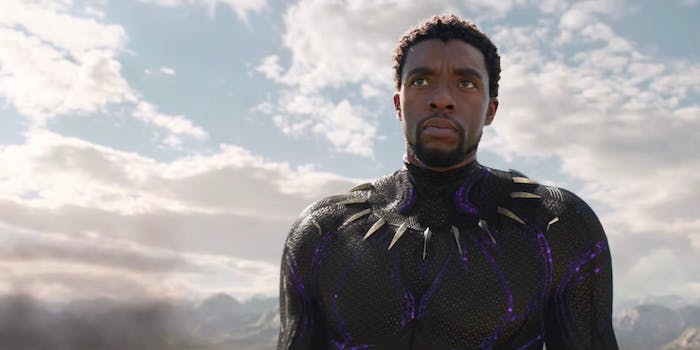 'Black Panther' airs commercial-free on Sunday night, followed by a tribute to its late star.

Immediately following the movie, ABC will air an ABC News-produced special on Boseman. Titled ‘Chadwick Boseman —A Tribute for a King,’ it will be hosted by Robin Roberts.

Advertisement Hide
Where to stream ABC

The following streaming services carry ABC, though you’ll want to check to see if the streaming service of your choice carries ABC in your area. (While Sling doesn’t carry ABC, pairing Sling with Air TV allows subscribers to pick up all local channels.)

FuboTV started as a streaming service geared toward sports fans, but it’s evolved into a broadly-appealing option with entertainment and news options alongside its robust sports choices. Depending on the package, you can access as many as 180+ FuboTV channels. If you’re looking to be entertained, Bravo, IFC, MTV, and VH1 are options even at Fubo’s most basic tier. The Fubo channel list still includes plenty of sports, including the Fubo Sports Network, which has original programming mixing sports and humor. The FuboTV cost starts at $54.99 a month, and with Disney Media favorites like ESPN and the Disney Channel now on board, some who were on the fence about Fubo are giving it another look.

While ABC is part of the deal, it’s initially only available on Fubo in select markets. If you’re in New York City, Los Angeles, Chicago, Philadelphia, San Francisco, Houston, Raleigh-Durham, or Fresno, you can stream Black Panther on ABC via Fubo. If not? Expect ABC soon, and at least catch the tribute on ABC News Live.