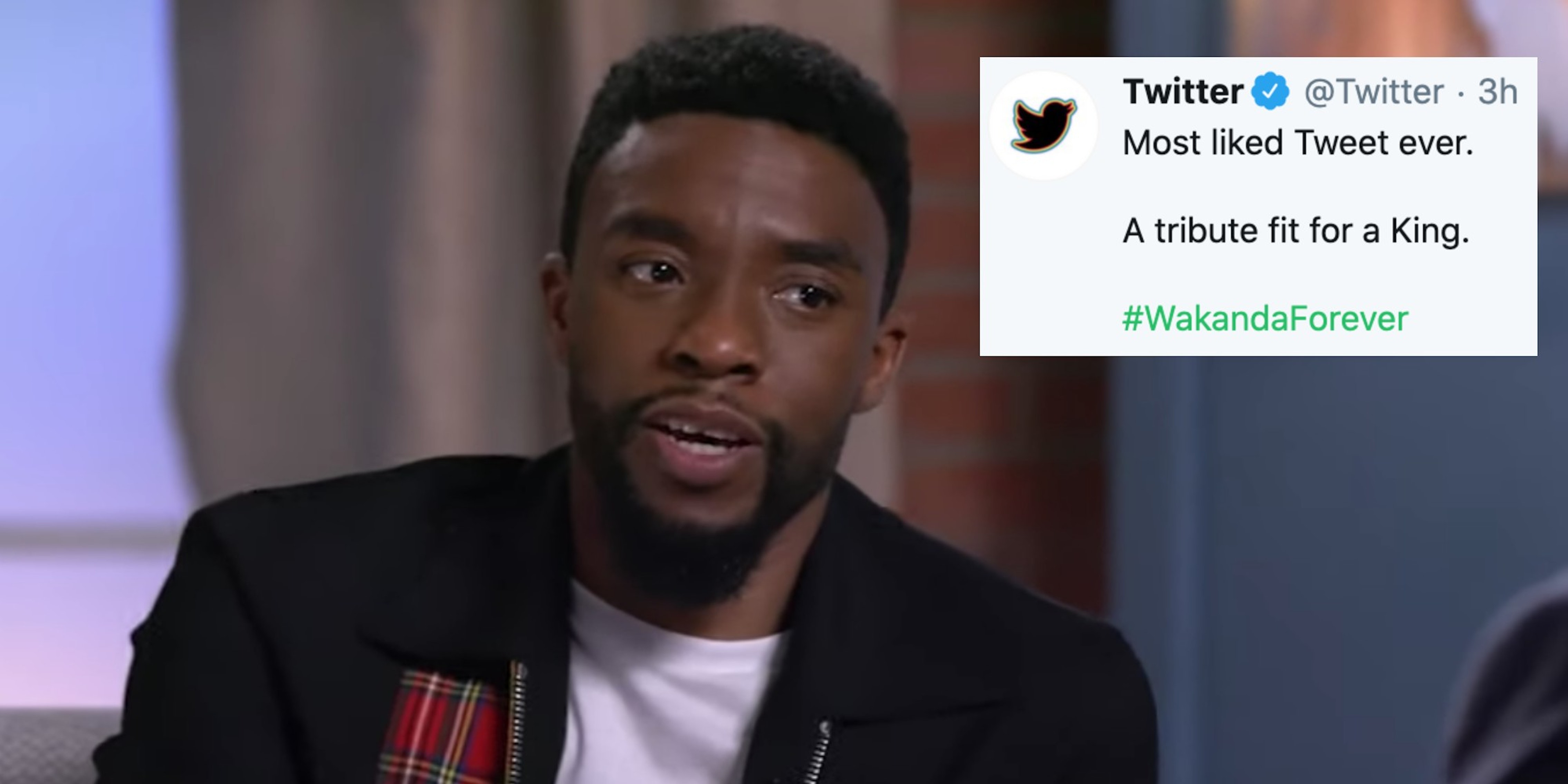 ‘A tribute fit for a King’: Chadwick Boseman tweet breaks record as most-liked ever

Prior to Boseman, former President Barack Obama held the title of most-liked tweet.

Boseman, known best for his role in the Marvel film Black Panther, passed away on Friday after a long fight with cancer.

As revealed in the tweet, Boseman had been diagnosed with colon cancer four years ago and had quietly fought the disease outside of the public spotlight.

“Chadwick was diagnosed with stage III colon cancer in 2016, and battled with it these last 4 years as it progressed to stage IV,” a statement read. “A true fighter, Chadwick persevered through it all, and brought you many of the films you have come to love so much. From Marshall to Da 5 Bloods, August Wilson’s Ma Rainey’s Black Bottom and several more, all were filmed during and between countless surgeries and chemotherapy.”

The company, according to Variety, also released an official statement on Boseman’s record.

Twitter went on to note that it re-enabled the #BlackPanther emoji for Boseman’s supporters in mourning.

“Fans are also working to organize ‘Black Panther’ Twitter watch parties using #BlackPanther and #WakandaForever, so Twitter has turned the original #BlackPanther emoji back on so fans can watch and talk about his legacy together,” Twitter said.

Prior to Boseman, former President Barack Obama held the title of most-liked tweet after sharing a Nelson Mandela quote in 2017. That tweet, which was made in the aftermath of the deadly car attack in Charlottesville, garnered over 1.6 million retweets and 4.3 million likes.