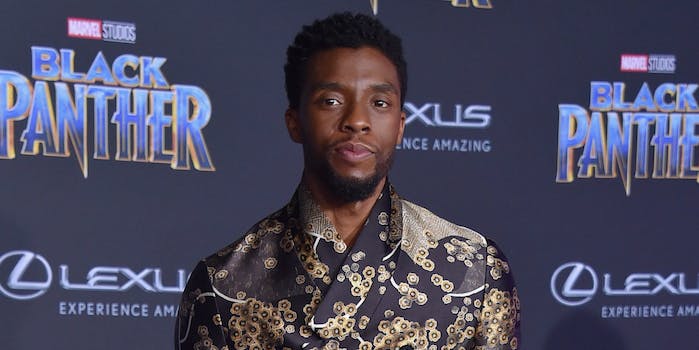 Chadwick Boseman, whose career in Hollywood spanned nearly two decades and included bringing both giants and an iconic comic book character to life, died of colon cancer Friday. He was 43.

A tweet from Boseman’s account announced the actor’s death, revealing for the first time that Boseman had been diagnosed with stage III colon cancer in 2016. Boseman spent the past four years treating it, including during and in-between filming many of his projects. According to the statement, Boseman was surrounded by his wife and family when he died.

“Chadwick was diagnosed with stage III colon cancer in 2016, and battled with it these last 4 years as it progressed to stage IV,” the statement read. “A true fighter, Chadwick persevered through it all, and brought you many of the films you have come to love so much. From Marshall to Da 5 Bloods, August Wilson’s Ma Rainey’s Black Bottom and several more, all were filmed during and between countless surgeries and chemotherapy.”

Boseman most recently appeared in Da 5 Bloods earlier this summer, but he was best known for playing King T’Challa and the Marvel hero Black Panther, Marvel’s first Black superhero to get a standalone film in the Marvel Cinematic Universe. Black Panther, which became a global phenomenon, was a critical and financial hit, and eventually won three Academy Awards, made Boseman a household name. But he’s also portrayed several legendary men including Jackie Robinson, Thurgood Marshall, and James Brown. Ma Rainey’s Black Bottom, an adaptation of the August Wilson play, stars Boseman and does not have a release date.

Boseman’s death has left much of the entertainment industry and many of his fans stunned; his cancer diagnosis wasn’t revealed until after his death, so many had no idea he was even sick. But as soon as it was announced, the tributes to Boseman started pouring in.