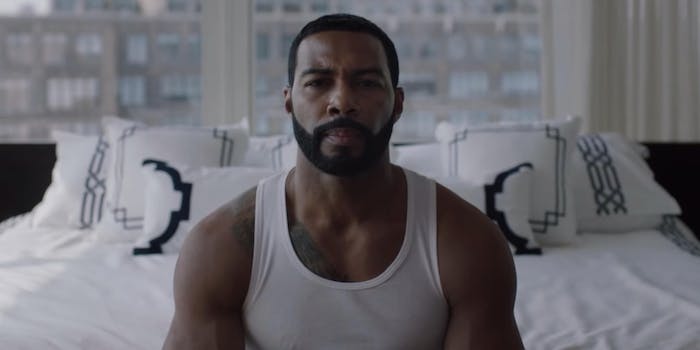 Here's everything you need to know about watching "No One Can Stop Me."

The end of Power season 6 is officially in sight. Following nine heart-stopping, drama-filled episodes, the 10th one is almost here. Then, we just have to wait until January 2020 for the last five episodes of the show to air.

Power season 6 began with James “Ghost” St. Patrick embarking on a deadly quest for revenge against Tommy, his former drug partner and brother in arms who betrayed him. We saw the tragic death of Assistant U.S. Attorney Angela Valdes confirmed, and we watched Tommy’s relationship with LaKeisha begin to disintegrate. Then, Ghost played dead, wracking Tommy with grief—but that grief turned into a murderous rage once he learned the truth.

We saw Councilman Tate start to build his government campaign, and we watched in dismay as Tariq took up the role of drug dealer. Donovan and Alicia met bloody, untimely ends, as did poor Lindsay. Dre and his daughter got captured, and Ghost finally experienced a moment of true self-reflection when Angela’s ghost came back to haunt him in the form of his conscious. In addition, Tariq, growing bolder in his attempts to become a kingpin, broke into Tommy’s warehouse.

Midway through the season, the story got even darker.

We watched in horror as tiny Elisa Marie Proctor lost her dad to a brutal murder just moments after being on the phone with him. Tommy ruthlessly shot him as he cowered in Ghost’s penthouse. One of Tariq’s teachers began grooming him to be a bona fide dealer, landing him squarely in more danger. In perhaps one of the most tragic moments in the series, LaKeisha’s former best friend, Tasha, shot her point-blank and killed her, leaving Tommy alone with a pool of blood and an engagement ring rendered worthless. Dre also made a significant kill as he took down Black Grimace.

Finally, that brings us to episode 9.

The chess players left standing on the board are no longer just playing a game. Each player is unequivocally out for blood, and Tommy is no exception: He’s determined to find out who killed his love (he’s definitely leaning toward Ghost), no matter the cost. Political agendas collide and Ghost loses his temper at his ex-wife cultivating Tariq’s dealing habits. In addition, Tommy’s team gets busted by the feds. Tommy kills Benny, and Tariq and Ghost’s relationship is significantly on the rocks.

Obviously, this all leaves quite a bit of juicy plot points to chase in the last Power episode of 2019.

Power season 6, episode 10, “No One Can Stop Me,” is right around the corner. Here’s everything you need to know about watching it.

When and where does Power season 6, episode 10 air?

The 10th episode of Power season 6, “No One Can Stop Me” premieres on Nov. 3 at 8pm ET. It airs exclusively on Starz.