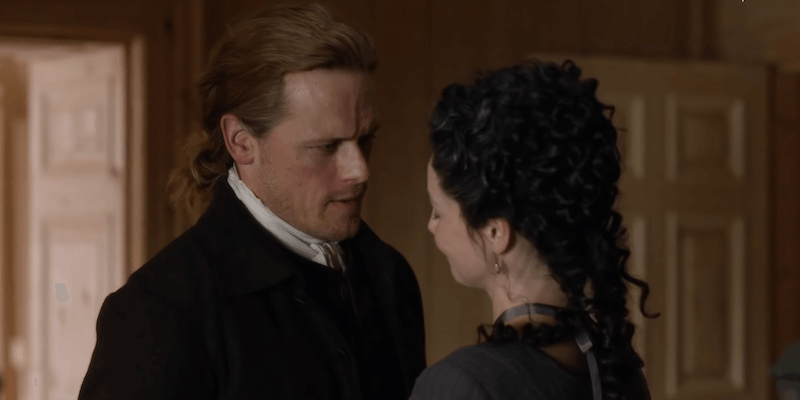 How to watch ‘Outlander’ online for free

What are you waiting for?

Outlander is one of the most binge-worthy series for period piece lovers, but there’s just one catch: To watch online, you’ll need Starz. So what is a fan of time travel shows to do? If you’ve already cut ties with your expensive cable company, fear not. There are plenty of ways to stream Outlander online.

If you’re mindful and careful about canceling after a trial period, you can even stream Outlander for free. Put down your sword and start taking notes.

Here’s how to watch Outlander online for free and the best ways to get even more content options when you subscribe to Starz.

How to watch Outlander online for free

No service has pivoted to meet the needs of users who were sick of pointlessly massive cable packages than Sling TV. Offering users a selection of a la carte channel packages, Sling TV sets out to only charge you for the channels you want to watch. That includes add-on premium movie channels like Starz as well. For just $9 extra per month, Sling TV users can watch Outlander plus other hit Starz series, like Power and American Gods. New users get a seven-day free trial, so if you want to binge the whole series, you’ll have a short window. But what else do you have to do right now anyway? If you’re curious about what else Sling TV has to offer, you can find a complete list of its Sling TV channels here.

Sick of the middlemen services that require premium channels as an add-on? Watch Outlander by subscribing directly to Starz and tune in with its app. New subscribers get a free seven-day trial to see if they like the service, which is plenty of time to binge-watch. Beyond Outlander, subscribers, gain access to thousands of incredible movies, including some of today’s hottest Hollywood blockbusters and the best selection of classics on a premium channel. (Here’s our guide to the best movies on Starz.)

Amazon Prime Video has set itself apart from other streaming services by working hard to make sure you never need to leave its app. From Starz to Shudder to HBO, Amazon Prime offers extra streaming channels within its Amazon Prime Video app. Best of all, these services come with a short trial window that allows you to try any channel for free. This means you can binge-watch Outlander episodes during the trial and cancel once you’re done. Starz costs $8.99 per month on Amazon and if you’re already a Prime member, you don’t have to sign up for anything else.

Hulu offers a staggering amount of freedom when it comes to picking the package that’s right for you. Its basic service includes ad-supported (and, for slightly more per month, commercial-free) streaming of new TV shows and movies, while its Hulu with Live TV service adds streaming TV to the equation. It’s the best of both worlds. No matter which meets your needs, Hulu is one of the best places to watch Starz online because of the free preview. New Starz subscribers on Hulu get a full month trial before they’re charged. Heck, that’s enough time to stream Outlander and Power.

If you’re already looking to AT&T for your wireless needs, you might consider AT&T TV Now to cover streaming for you. AT&T TV Now channels start with Plus and Max, which even include HBO. Then, AT&T plans expand from there, approaching cable selection and pricing with AT&T TV Now’s biggest packages. AT&T streaming also comes with Cloud DVR, letting you record up to 20 hours of TV per month. If you want to watch Outlander, choose any tier, then select the Starz add-on. You’ll get a free seven-day trial so you have plenty of time to catch up.