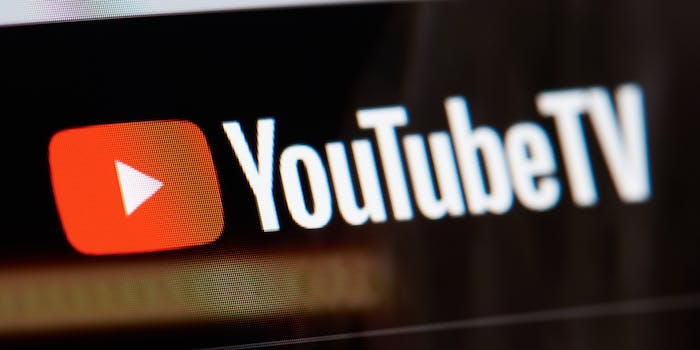 How many devices can you stream YouTube TV with at once?

Cutting ties with your cable company and cord-cutting is an easy choice, but finding a streaming replacement can be a struggle. Netflix is great, but what about when you want to watch live TV? YouTube TV is a great service that makes it easy to stream your favorite live TV stations. Here’s everything you need to know about which devices support YouTube TV and how many different people can stream on one YouTube account at the same time.

Just because YouTube is best known as a video streaming site doesn’t mean that’s the service’s only trick. Launched in April of 2017, YouTube TV is the company’s take on subscription streaming TV. Originally only available in five major markets, YouTube TV has since expanded, with service available in over 100 U.S. markets. You can check to see if it’s available in your city here.

Subscriptions cost $50 per month for 70-plus channels, one of the best deals in streaming TV across any service. You get FX, AMC, CNN, and more. However, YouTube TV is especially attractive for sports fans thanks to the inclusion of ESPN, FS1, MLB Network, NBA TV. In addition, subscribers get unlimited DVR space across six individual accounts, making it a great plan for families. While you sadly can’t add HBO, subscribers can add premium channels like Showtime, Shudder, and Starz for an additional fee every month.

The one major downside of YouTube TV, other than its continuous roll out leaving it out of certain markets, is its supported devices. A few major players, including Sony and Amazon, are simply left out. However, there are still plenty of ways to stream YouTube TV.

How many devices can you use with YouTube TV?

Hearing that YouTube supports unlimited DVR for up to six accounts might give you a sense of false hope when it comes to how many devices you can use it on at once. We’d like to let you down gently, so be prepared to manage your expectations. Just because YouTube TV supports up to six separate users accounts, doesn’t mean you can have six streams going at once. Instead, subscribers can stream YouTube TV on up to three devices simultaneously. For most people that won’t be an issue, but if you’re worried, be careful about how many people you share your password with.

We tested YouTube TV on Xbox One, Roku, Chrome, and Firefox. In each instance, the app ran quickly with no hiccups. Based on personal taste we recommend using a Roku, thanks to the company’s incredible product support, the price range of devices, and its wonderful smartphone app.

While any model works, the Roku Stick stands out. Users get a compact streaming stick that offers 1080p HD picture and a voice-controlled Bluetooth remote for just $49.99. It’s tiny so you can throw it in your bag when you’re traveling, or just enjoy that it doesn’t take up space in your entertainment center.