How to watch HBO online

There are more ways to stream HBO than you might realize.

From 1979 to 2015, the only way to watch HBO was through a cable subscription. Even HBO Go, the service’s streaming service, was tied to a cable subscription when it launched, leaving most to borrow account info from their parents to watch Game of Thrones. But thanks to the rise of live TV streaming, there are now several ways to watch HBO online without cable, and they vary pretty significantly when it comes to price and secondary perks.

Here’s everything you need to know to watch HBO online.

If you want to want HBO online, there are a few avenues for you to do so. When trying to decide which one is best for you, you’ll want to weigh the cost, the other channels you’ll receive, and the compatible devices for streaming.

HBO Max is the newest way to watch HBO, featuring an array of WarnerMedia holdings in addition to all your HBO favorites (and it’s even got a library of Studio Ghibli films!). It’s also got a new series of shows, Max Originals, exclusive to the service.

If all you care about is streaming HBO, there’s no better or cheaper option than subscribing directly through HBO Now. (Here’s a brief rundown on the difference between HBO Go and HBO Now if you’re confused.) Each of the other services on this list requires you to subscribe to their main service before you can sign up for HBO as an add-on service, which means you’re mostly paying for the ease of watching HBO content through another service’s interface. That’s great if, for example, you’re looking to get a live TV package that also includes ESPN, but if you don’t mind using a standalone app, HBO Now is an incredible service. You get all of HBO’s content for a flat $14.99 per month, with no extra costs to consider.

Devices: HBO Now works on every prominent streaming device on the market including Amazon Fire Stick, Amazon Fire TV, Android TV, PlayStation 3 and 4, Xbox 360 and Xbox One, Roku, Apple TV, Samsung smart TVs, iOS, and Android. While the service doesn’t have a Chromecast app, you can cast the HBO Now Android app on your Android device to your Chromecast-connected screen.

Your next option is probably subscribing via Hulu. While most services allow you to watch HBO online at the same price point—$14.99 per month—Hulu offers the cheapest entry point. A basic Hulu subscription only costs $5.99 per month cost, which unlocks its entire collection of movies, shows, documentaries, anime, and the must-see Hulu originals—albeit with commercials. That brings your total to $20.98 a month. Thankfully, you don’t need Hulu with Live TV to subscribe to HBO through the service. Your basic Hulu subscription will do, and its interface is ideal for users who don’t mind learning mildly complicated menu options in the name of getting personalized recommendations.

Devices: Streaming HBO via Hulu can be done on your computer, Android TV, iOS or Android device, Apple TV, PlayStation 3 and 4, Xbox 360 and Xbox One, Roku, Amazon Fire devices, TiVo, Samsung smart TVs, Sony smart TVs, Wii U, Vizio smart TVs, and almost any other device you can think of. While there isn’t a Chromecast app, Android users can cast the Android Hulu app to their Chromecast.

Devices: Like Hulu, Amazon has strived to make sure its app can work on every device. If you have a smart TV, Roku, Android TV, Amazon Fire device, PlayStation 3 or 4, Xbox 360 or Xbox One, Android, iOS, or desktop computer, you’ll be able to stream Amazon’s video content. 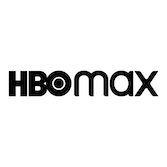 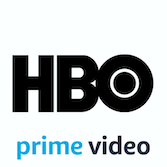