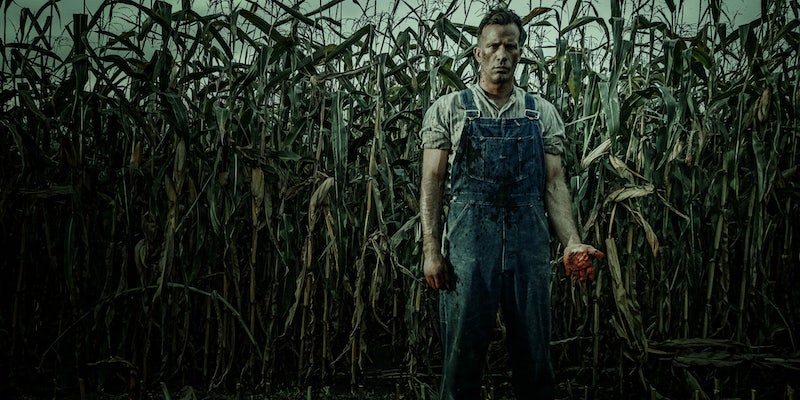 The best movie streaming sites of 2021

No matter what your budget, there’s never been a better time to be a movie nerd. The market is flooded with movie streaming sites, all of which are sharing massive catalogs of every kind of film imaginable. With so many options, figuring out what are the best movie streaming sites can be a pain.

Fear not. We’re not strangers to cord-cutting. We’ve spent countless hours using the services detailed below. No matter what you’re looking for, we’ll help you find it. Here are the best sites for streaming movies, whether you’re willing to pay or you want to watch for free.

For horror fans, there’s no service that offers a bigger selection or hidden gems than Shudder. Over the last year, the service has expanded its focus on dark cinema in general, adding more crime and psychological thrillers to its usual assortment of slashers and ghouls. If it goes bump in the night, Shudder has it.

Amazon Prime is quickly becoming Netflix’s main competitor thanks to its larger film library and incredible original productions. Amazon Studios has produced actual Oscar winners (Manchester by Sea) and nominees (The Big Sick). Thanks to deals with movie studios, it’s also starting to get more new releases than Netflix is direct from theaters. Its interface can be intimidating, mostly due to the size of its library, but Amazon Prime is an incredible service, and it offers movies in stunning 4K Ultra HD.

If you’re looking for movies right out of theaters, HBO max is invaluable, with new releases dropping every Saturday. HBO’s original movies and documentaries are award-winning in their own right and provide months of viewing options on their own. HBO Max is an A+ movie streaming service, and it’s even cheaper as an add-on service. Here are the best ways to watch HBO online.

Amazon and Netflix might get the focus, but Hulu is an underrated source for great movies. Hulu has deals with some of the same studios as Amazon Prime, leading to a regular overlap in titles on both services for movies fresh from the theater.

A recent redesign made navigating through its options a more frustrating experience, mixing movies and TV shows in genres. Still, if you’re willing to do some digging, Hulu has plenty of hits from the last 40 years to keep you watching. Here are the best movies on Hulu, what’s new, the best shows on Hulu, the sexiest movies you can stream on the service, scary movies, Hulu documentaries, anime, and the must-see Hulu originals.

On paper, there’s no real difference between HBO and Showtime. However, a closer look at Showtime’s library shows the service has a surprising number of indie hits populating its channels.

Starz is the best deal among the premium movie channels turned streaming sites. For just $10.99 per month (or less if you get it as an add-on through DirecTV Now or Hulu), Starz gives you a host of blockbusters and a surprisingly vast collection of classic movies from the ’70s, ’80s, and ’90s.

While it hasn’t entered the original movie space yet, Starz’s original series are on par with HBO and Showtime. Here’s our regularly updated guide to the best movies on Starz.

Sometimes you want to stream a movie without signing up for a service. Vudu is the online rental solution, offering up the lowest prices with high-quality video content, including 4K movies.

Vudu’s “still in theaters” section allows you to catch new indie movies before they hit home video. Even better, Vudu also features hundreds of movies that can be watched for free if you’re willing to sit through ads.

Where FilmStruck is a goldmine for fans of classic cinema, Sundance now fills the same niché for modern independent cinema lovers. That’s not to say there aren’t classic films to be found here too, but the vast majority of
Sundance Now’s library is from the indie cinema of the ’80s, ’90s, and ’00s. If you’re looking for Wes Anderson’s early work or a film from 2010 Best of the Year list, Sundance Now is your best bet.

Crackle’s ad-supported service lets you watch movies as long as you can tolerate commercial breaks. We say tolerate because Crackle feels like it has more ads than the other services on this list. Thankfully it makes up for it with a bizarre array of 80s, 90s, and 00s oddities.

Crackle is the kind of service that serves up Phone Booth,The Adams Family, and the TV movie of Stephen King’s It, while producing original movies like Joe Dirt 2. It often feels as if a drunken college kid is programming it, but the results are entertaining.

At first glance, you might expect Popcornflix to be just another site for B- and C-grade crap, but a closer examination shows unexpected treasures like Secretary and John Ford’s Stagecoach. Thanks to a deal with Shout! Factory TV, Popcornflix also has a shockingly good horror section. If you’re willing to explore, there’s plenty to love here. Just expect to pass through a lot of John Cusack films you’ve never heard of to find them.

If the only thing you’ve ever used YouTube for is watching music videos or vlogs, you’re in luck. Films in the public domain are free to watch on YouTube and completely legal. Then there’s the murkier side of YouTube.

Whether the movie studios like it or not, it’s become one of the largest movie streaming for movies in the world. Users have uploaded hundreds of thousands of movies onto the site; you just have to look carefully to find them.

Documentary lovers on a budget need look no further than the archives of SnagFilms to get their fix. This ad-supported free movie site also includes a small sampling of top-shelf indie films, but the main draw of its 5,000-films-deep library is the incredible number of documentaries it offers.

Sports, politics, racial history, business, religion, scandal: SnagFilms has stories on every topic you can imagine. Most importantly, its ads never feel oppressive, popping in occasionally without ever overwhelming the experience.

Still not sure what to watch? Here are the best new comedies and documentaries you can stream right now, and the scariest movies of all time—and how to stream them.