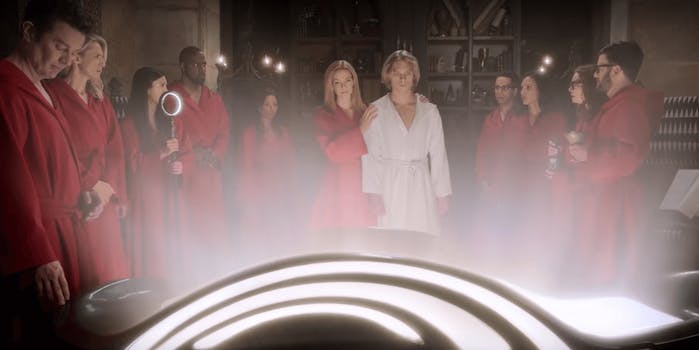 Is Hulu with No Commercials worth the upgrade?

Hulu ads can be annoying, but are they worth paying to get rid of?

What’s the difference between Hulu No Commercials and Hulu Limited Commercials? Is it really as simple as it seems?

From day one, Hulu has had a serious disadvantage when compared to Netflix: ads. Due to the numerous licenses required to stream new shows from major TV networks, Hulu has always been ad-supported in some form of fashion. But it doesn’t have to be that way. For a premium, Hulu subscribers can enjoy their viewing experience almost entirely ad-free. If you long for a Hulu experience that’s not drowning in ads, here’s everything you need to know.

The standard Hulu subscription package is called Hulu with Limited Commercials. During a typical 30-minute show, users can except an ad before the show starts and two ad breaks during their program. Most hour-long broadcasts have five ad breaks and an ad before the show. There are roughly five minutes of ads per half-hour episode and 10 minutes per hour.

Subscribers with Hulu No Commercials, on the other hand, can stream almost all of the content on Hulu without ad breaks. Watching Hulu No Commercials offers a better Hulu experience, a world where binge-watching isn’t constantly punctuated with ads for online universities. After being spoiled binge-watching on Netflix, rewatching a series like Parks and Rec on Hulu with Limited Commercials can be a slog. For slightly more than the cost of Netflix, you can bring almost the same experience to Hulu.

There’s just one nagging issue: The handful of exceptions to the no advertising rule.

Due to licensing issues, a small number of Hulu shows aren’t included in the Hulu No Commercials package. As of March 21, 2018, the last time Hulu updated its list, there are six shows on the service that will have ads no matter what.

Even with Hulu with No Commercials, you might still get stuck watching a house commercial when starting a new episode. Right now, for example, we’re watching season 3 of Billions with Hulu’s Showtime add-on, and each episode is prefaced by a 30-second Showtime commercial.

Some shows have far more ads than others. According to Nielsen the average amount of commercials per hour of broadcast television from September 206 to July 2017 was 14 minutes and 37 seconds per episode. Meanwhile, cable network shows averaged 16 minutes and 8 seconds of ads.

How do commercials work with Hulu with Live TV?

Hulu with Live TV is Hulu’s live TV streaming service, offering 50-plus channels that include ESPN, FX, CNN, Fox News, TNT, and local channels. It costs $39.99 per month and operates just like a traditional cable package, except you’re streaming the content either through your web browser or a streaming device. (Options include Roku, Apple TV, Google Chromecast, Amazon Fire TV, and more.) That means you’ll also have to sit through standard commercial breaks.

Hulu with Live TV comes with 50 hours of Cloud DVR, but for an additional $9.99 per month, you can also get enhanced cloud DVR, which lets you record up to 200 hours of content and, perhaps more importantly, gives you the ability to fast-forward through all recorded content.

One of the advantages of Hulu with Live TV over its competitors is that it comes with free access to Hulu with Limited Commercials. If you want to upgrade to Hulu +Live TV with No Commercials, it’ll cost an extra $6 per month, bringing your monthly total to $54.99 per month.

Here’s a complete breakdown of Hulu plans, with commercials and without. As you can see, anytime you want to upgrade to Hulu No Commercials, it’ll cost an extra $4 per month.

Hulu vs Netflix: How does the cost compare?

While Netflix technically offers a Basic package that only provides standard definition streams for $8.99, most users will be looking for an HD stream. After all, Hulu doesn’t even offer a standard definition option. Netflix’s basic package with HD streams is $12.99 per month, compared to Hulu No Commercials $11.99 per month. That makes Hulu No Commercials only $1 more less month than Netflix. That dollar less gets you a dramatic amount of content.

Netflix doesn’t have Rick and Morty, Parks and Rec, or any Hulu originals like The Handmaid’s Tale. Hulu also has a better anime selection than Netflix. Judged on an even, ad-less, playing field, Hulu makes a compelling case. If we could only have one service, we’d probably switch back and forth between the services every six months so that we can catch up on all of the great TV Hulu offers that Netflix can’t.

Is Hulu No Commercials worth it?

Hulu’s biggest weakness is also its biggest strength. They help keep the service ridiculously affordable, and if you’re used to watching shows on TV, you’re probably already used to watching them. But if you can afford to upgrade, you’ll save yourself a lot of time each night—all for the price of a cup of coffee or so.

If you prioritize binging TV shows over watching movies, Hulu No Commercials gives you the convenience of Netflix with the library of Hulu. That’s a hard deal to beat.