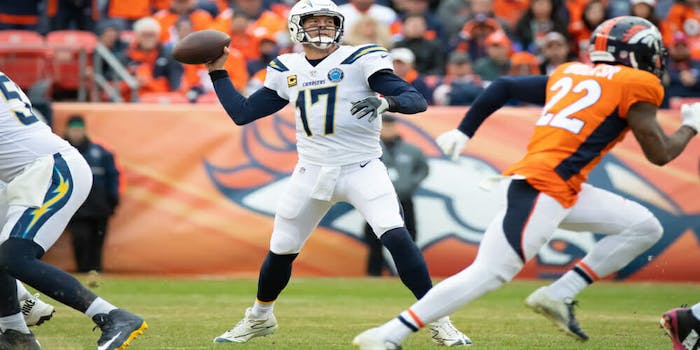 How to watch Chargers vs. Ravens online for free

The Chargers have to travel across the country to face the Ravens in a game that will start at 10am body time for the Los Angeles players. But the Chargers have been one of the best teams in the league this year, they’re 3-0 in games played on the East Coast in 2018, and they’ve never lost a wild card playoff game on the road. The Chargers vs. the Ravens might be the most fun playoff game this weekend, and even if you’ve cut the cord, you have plenty of options to watch a live stream of it on Sunday.

Chargers vs. Ravens: How to watch online for free

Chargers vs. Ravens: Why it matters

One of the factors that can allow you to pick a Super Bowl contender is how a team finishes the year and if it’s peaking at the end of the year. It’s why the Giants team from 2011 which barely made the playoffs ended up winning the NFL title by upsetting the Patriots. It’s because New York got hot at the right team and peaked as it hit the postseason. Baltimore seems to be peaking at the moment, stealing the AFC North title from Pittsburgh and winning six of its last seven games. It’s got breakout rookie quarterback Lamar Jackson, who is even more dangerous running the ball than throwing it, and the Ravens statistically have the best defense in the league. Los Angeles’ Philip Rivers—one of the best (and most underrated) quarterbacks of his generation—will be happy to test them, however. And he’s good enough to pull off the upset.