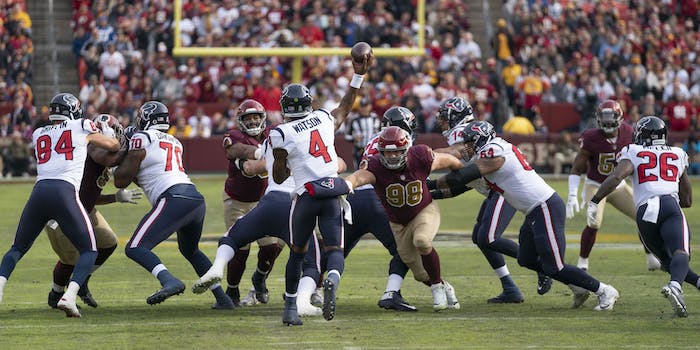 How to stream NFL Week 16 games for free

The Wild Card race is heating up.

In Week 16, it’s do or die, win or go home—especially if your fantasy league is wrapping up this week. Even if you’ve cut the cord, you can still stream NFL games today, and you’ll definitely want to be keeping an eye on NFL RedZone. And with two big games on NFL Network on Saturday, you’ll want to make sure you have all of your bases covered. Here’s a complete breakdown of the best streaming TV services and a schedule for the rest of the week’s games. Thankfully, all of the services listed below offer a free one-week trial.