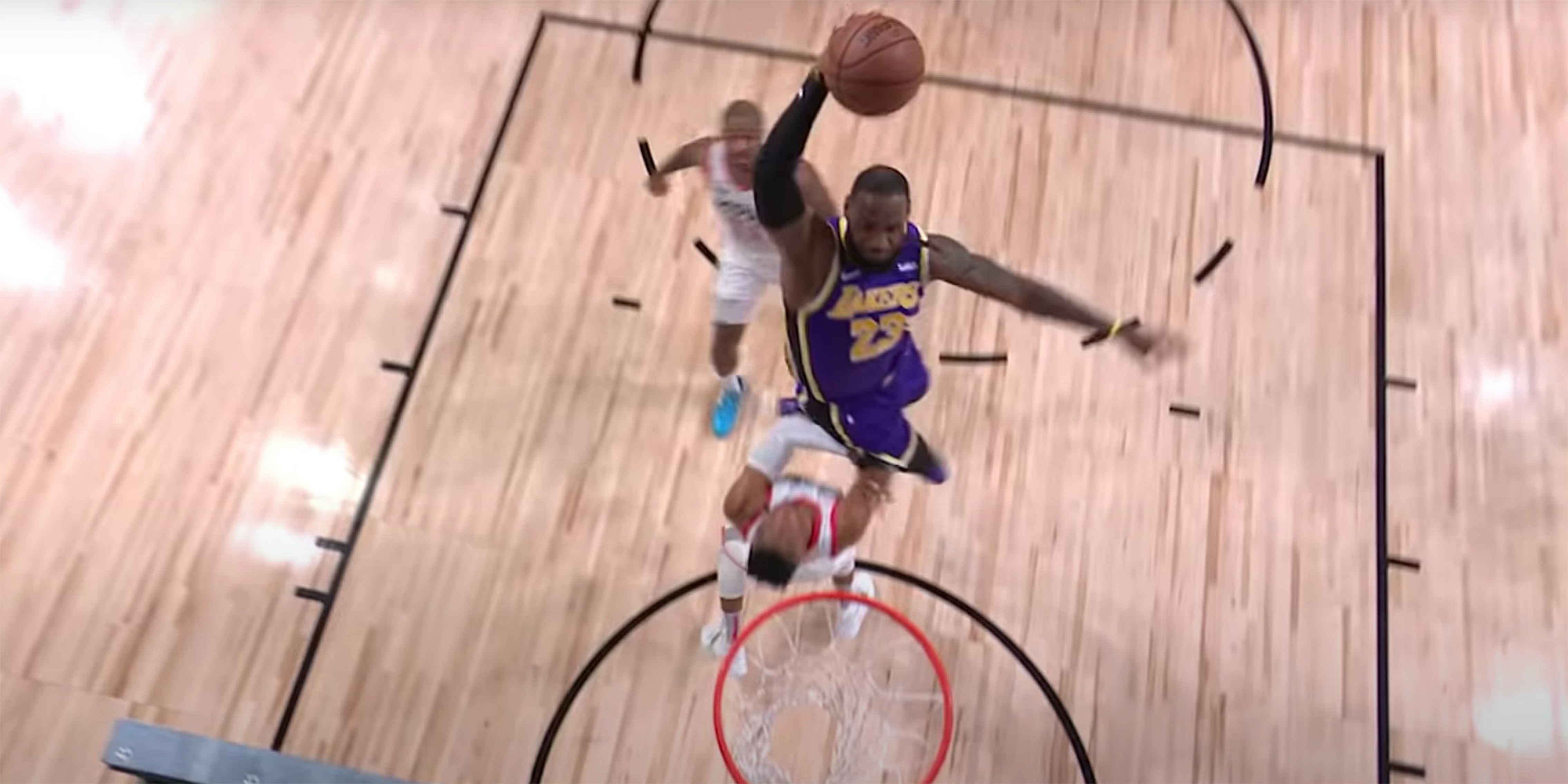 Here's how to stream the NBA.

The NBA is back! With its October 19 start date and its full 82-game schedule, we’re in a bit of a “nature is healing” zone, as the COVID-19 pandemic dramatically affected the previous two seasons. As it’s the 76th season for the league, there will be a lot of hoopla over 75 years of the NBA, including a special diamond jubilee logo and other festivities.

As for the basketball? The league’s touting 75 “classic matchups” to celebrate the league, starting with the Nov. 1 match between the Toronto Raptors and New York Knicks to nod to the first-ever NBA game. That 1946 contest featured the Knicks (still keeping its old-timey name after all these years) against the Toronto Huskies, which ceased operations in 1947.

The season’s national television schedule begins on Oct. 19, with longtime NBA-carrying channel TNT going with a doubleheader between the defending champs, the Milwaukee Bucks, hosting the Brooklyn Nets at 7:30pm ET, and the Golden State Warriors traveling downstate to face the Los Angeles Lakers at 10pm ET.

The next night, ESPN hosts one of its Wednesday doubleheaders, with the Knicks bringing the Celtics to MSG at 7:30pm ET, and the Western Conference champion Phoenix Suns hosting the Denver Nuggets. TNT’s back it the next night with a Dallas Mavericks-Atlanta Hawks and LA Clippers-Warriors doubleheader in the 7:30 and 10pm ET time slots, and then it shifts back to ESPN for a Brooklyn Nets-Philadelphia 76ers and Suns-Lakers doubleheader at the same times.

NBA TV’s going to join the party on Saturday, October 23, with a doubleheader featuring the Indiana Pacers vs. Miami Heat and the Suns vs. Portland Trail Blazers.

Two nights later, the Washington Wizards goes to Brooklyn for a 7:30 pm ET tip against the Nets. That will kick off the channel’s Center Court treatment of matches, which includes, according to the NBA.com website, 20 games throughout the season, incorporating “enhanced viewing options such as unique camera angles, next-gen analytics and social media integrations into the originally produced telecast.”

Christmas Day will bring its all-day hoops extravaganza to homes made newly cheery by Santa. This year’s lineup includes:

So, access to those four channels will get you a lot of NBA live streams during the 2021-22 season. But if you want more, you should look into League Pass.

NBA League Pass: How to stream the NBA live

NBA League Pass is essentially the all-you-can-watch plan for fans, giving you access to all the out-of-market games during the season. The $199.99 will get you home and away feeds for all the broadcasts, alternate language for select games, and access to full length and 10-minute condensed replays of every game.

Don’t like commercials? You can get a commercial-free version of the experience for an extra $50 a year, and then you can get NBA TV on top of that for half of what you’d pay for it alone.

If you only follow one team and you’re out of market, the Team Pass option might be for you. It’s $119.99 for the year, and it gets you all your team’s games, plus full-length and 10-minute versions of past games.

* Season-long packages auto-renew prior to start of 22-23 season.

Here’s where to catch an NBA live stream.

Hulu Live TV sets you up with local channels and has a broad spectrum of entertainment and sports channels to review, including Cartoon Network, FX, HGTV, and even deep cuts like National Geographic and Syfy. It also hooks you up with NBA live stream options. The service carries ESPN and TNT, plus ABC in some markets. (You’ll need NBA League Pass to get NBA TV.)

To get ESPN on Sling, you need to go Sling Orange or Sling Orange + Blue, whereas all three options get you TNT. While ABC isn’t conventionally gettable on Sling, Air TV will allow you to get an NBA live stream that way.

FuboTV started as a streaming service geared toward sports fans, but it’s evolved into a broadly-appealing option with entertainment and news options alongside its robust sports choices. Depending on the package, you can access as many as 181 FuboTV channels. If you’re looking to be entertained, Bravo, IFC, MTV, and VH1 are options even at Fubo’s most basic tier. The Fubo channel list still includes plenty of sports, including the Fubo Sports Network, which has original programming mixing sports and humor. The FuboTV cost starts at $54.99 a month. Disney Media favorites like the Disney Channel are coming on board in 2020, some who were on the fence about Fubo are giving it another look.

Of course, that also means ESPN and ABC are on the way but maybe not in time for Return to Play. If you’re at the Elite level, you can get NBA TV with the Sports Extra add-on, but TNT isn’t an option at any level. Your best bet as a Fubo subscriber is to splurge for League Pass.

Good news if you’re a YouTube TV subscriber: It sets you up with ABC to stream the NBA Finals. You won’t get all the action, but you’ll have games every day.

If you’re already looking to AT&T for your wireless needs, you might consider AT&T TV Now to cover streaming for you. AT&T TV Now channels start with Plus and Max, which even include HBO. Then, AT&T plans expand from there, approaching cable selection and pricing with AT&T TV Now’s biggest packages. AT&T streaming also comes with Cloud DVR, letting you record up to 20 hours of TV per month. You’ll get ESPN, TNT, and ABC in all plans, but you’ll need to graduate to Xtra or Ultimate to get NBA TV.

Vidgo offers a package for under $40 a month that pulls together more than 60 English-language channels into its National English Package. Its channels include ABC, Fox, the ESPN family of channels (including ESPN Deportes), and it’s one of the few streaming services that carries BeIN Sports. But it’s like Fubo in that, even though it started out for streaming sports, it carries a lot more now. So while NBA TV and TNT aren’t options, you can watch the ABC and ESPN games and chat about those online via Vidgo’s Social TV platform.