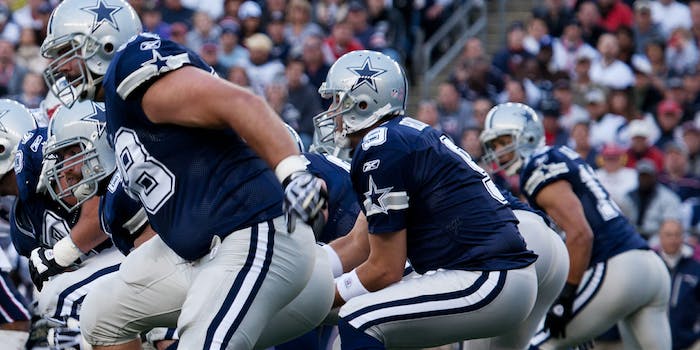 How to stream the Cowboys vs. Rams for free

Can Dallas get to the conference title game for the first time since 1995?

For most of the season, the Rams have been one of the two best teams in the NFC. But the Cowboys have hope in pulling off the upset. Los Angeles doesn’t have a great home-field advantage, and the Rams have lost two of their past four games. Plus, the Cowboys—with both their defense and with quarterback Dak Prescott—were impressive last week in beating the Seahawks in the Wild Card round of the playoffs. Now, even if you’ve cut the cord, you can watch the Cowboys vs. the Rams online—and see if Dallas can advance to the conference championship game for the first time since 1995—on Saturday.

Cowboys vs. Rams live stream: How to watch online for free

Each of the following live TV streaming services offer Fox, but you’ll want to use the links below to verify that the channel is available in your area. Here’s everything you need to know to get started and how to watch for free.

Cowboys vs. Rams: Why it matters

The Rams have been stunning for most of the season, using head coach Sean McVay’s high-flying offense, with quarterback Jared Goff and running back Todd Gurley, to lead them to the top (or near the top) of the NFL statistical standings for a number of offensive categories. The Cowboys offense probably can’t keep up with Los Angeles if the Rams truly get cranked up on offense. But Dallas’ defense also is good enough to potentially make life difficult for Goff, who has not yet become an elite quarterback.