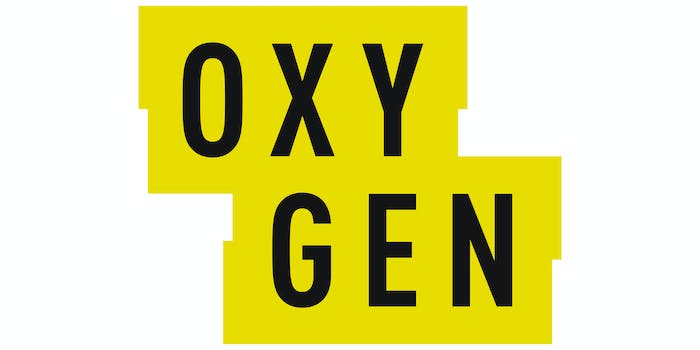 How to stream Oxygen

Where to stream Oxygen

True crime is having a bit of a heyday, but Oxygen was ahead of the curve. Starting in 2017, the channel took a drastic left turn in their programming, capitalizing on the genre dominating everything from books, to streaming services, and even podcasts.

You want true crime? Oxygen’s programming line up is lousy with true crime. Cold Justice re-opens unsolved cases which has led to 35 real-life arrests and 18 convictions. Plus, it’s produced by Law and Order’s Dick Wolf. Snapped showcases bizarre and high profile cases of women accused of murder. Expect everything from revenge plots to insurance scams. to be uncovered. And then there’s Up and Vanished, inspired by the podcast of the same name which dives deep into missing person cases.

Here’s everything you need to know to watch an Oxygen live stream.

Oxygen is available on a few of the major live TV streaming services. When trying to decide which one is best for you, you’ll want to weigh the cost, the other channels you’ll receive, and the compatible devices for streaming.

Oxygen on Hulu with Live TV

Hulu Live TV sets you up with local channels and has a broad spectrum of entertainment and sports channels to review, including the full suite of ESPN channels, Cartoon Network, FX, HGTV, and even deep cuts like National Geographic and Syfy. and of course, Oxygen.

If you’re looking for a streamlined, cost-effective streaming package, check out Sling TV. It offers two basic cable packages, Sling Orange and Sling Blue, each of which costs $30 per month. There’s also the third option of getting Sling Orange + Blue for just $45 per month. You’ll get more Sling TV channels by choosing Sling Blue, with its 40 channels including sports favorites like FS1 and NBCSN and cable mainstays like Food Network and Discovery Channel. But Sling Orange brings must-haves Disney Channel and ESPN as part of its package. To gain access to Oxygen, you’ll either need Sling Blue or Sling Orange + Blue as well as the Lifestyles Extra package. Sling also has a number of add-ons, including robust international packages organized by languages all over the globe.

To watch Oxygen, you’ll want to dock in at the FuboTV Standard level.

Vidgo offers a package for under $40 a month that pulls together more than 60 English-language channels into its National English Package. Vidgo channels include ABC, Fox, the ESPN family of channels (including ESPN Deportes), and it’s one of the few streaming services that carries BeIN Sports. But it’s like Fubo in that, even though it started out for streaming sports, it carries a lot more now. You might be surprised to know that Vidgo’s an option to stream Oxygen—and then you chat about it online via Vidgo’s Social TV platform.

Oxygen on AT&T TV Now Plus

If you’re already looking to AT&T for your wireless needs, you might consider AT&T TV Now to cover streaming for you. AT&T TV Now channels start with Plus and Max, which even include HBO. Then, AT&T plans expand from there, approaching cable selection and pricing with AT&T TV Now’s biggest packages. AT&T streaming also comes with Cloud DVR, letting you record up to 20 hours of TV per month. If you’re looking for Oxygen, get in at the AT&T TV Now Plus tier to stream it.

If you’re looking for Oxygen know that you can stream it on YouTube TV.