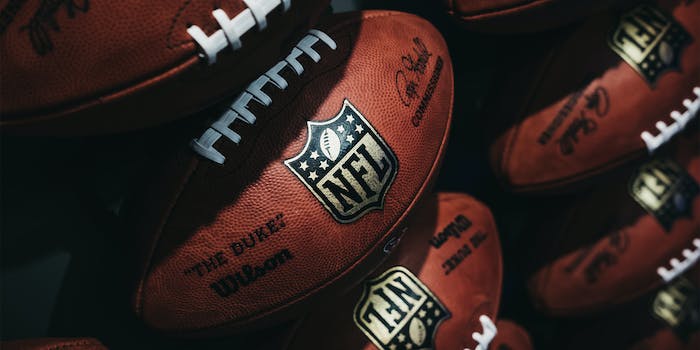 How to stream Chiefs vs. Colts for free

Two of the AFC's best signal-callers are ready to light up the scoreboard.

There are plenty of reasons why you’ll want to watch the Chiefs vs. Colts on Saturday, and almost as many ways to find a free live stream.

Chiefs coach Andy Reid has been one of the best minds in the league for the past two decades, but he’s only been to one Super Bowl and he’s never won a league title. The Chiefs vs. the Colts divisional playoff game will be Reid’s first step of the 2018-19 playoffs to show that the squad he leads is capable of winning a Lombardi trophy. And this year’s Kansas City, with second-year quarterback sensation Patrick Mahomes and tight end extraordinaire Travis Kelce leading the offense, could be Reid’s best chance to win a title. But the Colts are a live underdog, and even if you don’t have a cable, you can still watch these two AFC rivals square off on a live stream on Saturday.

Chiefs vs. Colts live stream: How to watch online for free

Every major live TV streaming service offers NBC, but you’ll want to check the links below to make sure it’s available in your area. If it is, you can sign up for a free one-week trial to get a Chiefs vs. Colts live stream.

Hulu with Live TV has all of the essentials when it comes to stream the Chiefs vs. Colts. Even better, its 50-plus channel lineup includes six ESPN channels, seven if you include SEC Network. (Here’s the complete list of Hulu Live TV channels.) While you won’t be able to add NFL RedZone or NFL Network, Hulu has one thing none of its competitors can match: a massive library of on-demand entertainment you can watch anytime. Here are guides to the best movies, documentaries, anime, and Hulu original series to watch to get you started.

Sling TV is your cheapest option for watching NFL games online. To get a Chiefs vs. Colts live stream, you’ll want either the Sling Blue or Sling Orange + Blue package, both of which offer local channels like NBC. You’ll want the latter, which costs $40 per month, if you want to get ESPN channels in addition to regional sports networks and FS1 and FS2. (Here’s a complete guide to Sling TV channels.)

FuboTV specifically caters to sports fans, as you’ll note by the abundance of sports channels in its basic lineup, which includes regional sports networks, Big Ten Network, BeIn Sports, and FS1 and FS2. It’s the best streaming service for international soccer and, with a standard package that includes access to all four major broadcast channels and NFL Network. The major asterisk to FuboTV is that it doesn’t include ESPN, but you’ll get free three-day replay for games and 30 hours of cloud DVR storage. (Here’s the complete FuboTV channels list.)

Chiefs vs. Colts: Why it matters

The second half of the season has been a revelation for Indianapolis. The Colts started the year 1-5, and they seemed like a hopeless, hapless squad. But then quarterback Andrew Luck, who missed all of 2017 with a shoulder injury, got hot and began playing like the No. 1 overall draft pick he once was. Now, Indianapolis has won 11 of its past 12 games, and it’s peaking at the perfect time of the season. But can Indianapolis, which is a five-point underdog, keep up with Kansas City, which has the top-rated offense in the league? Though the Colts have won five of the past six times they’ve played in Kansas City, dating back to 1996, the 2018 version of Indianapolis might have a difficult time pulling off the upset vs. the high-flying Chiefs.