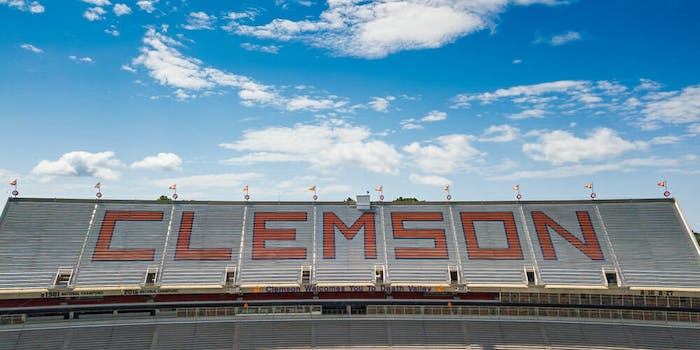 It's Alabama vs. Clemson IV.

For the fourth year in a row, the Clemson Tigers meet the Alabama Crimson Tide in the college football playoffs. Every year prior, the lower-seeded team has won. This is both good news for the No. 2 Tigers and a testament to how loaded and focused both programs are coming into Levi’s Stadium. There is no doubt about that coaches Nick Saban and Dabo Swinney run the best programs in the country. Viewers may be tired of this matchup by now—especially football fans who don’t reside in the American South—but this one is going to feature jaw-dropping plays and all-in stakes. Watch the 2019 College Football National Championship live stream to see which surging star makes the difference.

No matter which one of the services below work best for you, in terms of channels, cost, and devices, you’ll be able start with a one-week trial, which means you can get an Alabama vs. Clemson live stream for free.

Hulu with Live TV has all of the essentials when it comes to streaming sports. Its 50-plus channel lineup includes six ESPN channels, seven if you include SEC Network. (Here’s the complete list of Hulu Live TV channels.) While you won’t be able to add NFL RedZone or NFL Network, you’re set for the 2019 College Football National Championship, and Hulu has one thing none of its competitors can match: a massive library of on-demand entertainment you can watch anytime. Here are guides to the best movies, documentaries, anime, and Hulu original series to watch to get you started.

If you want to watch ESPN, which is hosting Clemson vs. Alabama, you’re going to need either on Sling TV‘s Sling Orange ($25 per month) or Sling Orange + Blue ($40 per month). It’s worth splurging here to ensure you get ESPN channels in addition to regional sports networks and FS1 and FS2. (Here’s a complete guide to Sling TV channels.)

Alabama vs. Clemson: Why it matters

Normally, Alabama teeing off against a freshman quarterback would seem like a glaring mismatch. But Clemson QB Trevor Lawrence has been unflappable, leading the Tigers to an undefeated season and a seamless thrashing of No. 3 Notre Dame in the semifinal last week. In September, this was Kelly Bryant’s team, but he’s left the program—and you can partially blame the Crimson Tide for that. (Bryant in December announced he’d be transferring to Missouri.) Swinney must know that he can’t beat Saban without a QB who can air it out, and Bryant’s limited passing skillset left his offense vulnerable: In last year’s semifinal, Bryant threw two interceptions and failed to breach 200 passing yards as the Tigers lost 24-6 to the Tide. With Clemson’s defensive talent, particularly along the front seven and at the point of attack in the trenches, this one will come down to mistakes and guts. Sophomore QB Tua Tagovailoa is a proven machine, so whether Lawrence can continue to play poised in the pocket will be the difference.