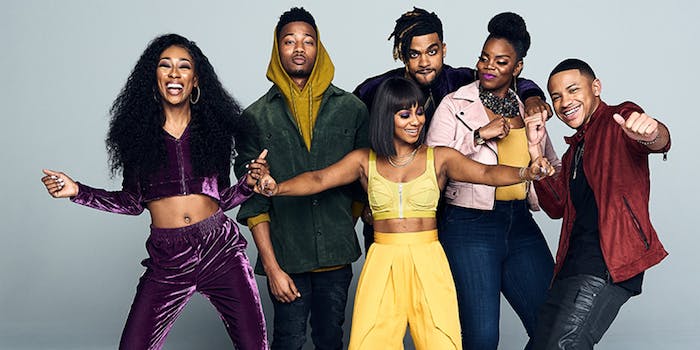 How to stream ‘Boomerang’ TV show

Players are about to be played.

Marcus Graham, a successful advertising executive is all business, especially when he spends his evenings as an Olympic level womanizer. When he meets his female boss Jacquline Broyer who is more or less a mirror image of himself, he sees that terrible power dynamics with the opposite sex can be quite terrible once the tables are turned.

If this sounds familiar, you’ve probably already saw it play out in the hit 1992 comedy Boomerang. The story continues with the next generation, featuring Broyer’s son Bryson, who seems to have taken after his mother. And because history repeats itself, his new boss is outshining him in the deviant department. But the rules have changed drastically since 1992, so both of these leches are going to have to tread lightly.

Here’s everything you need to know to stream the Boomerang TV show.

What is Boomerang TV Show?

How to stream Boomerang TV Show

BET is available on a handful of the major live TV streaming services. When trying to decide which one is best for you, you’ll want to weigh the cost, the other channels you’ll receive, and the compatible devices for streaming.

Philo is a budget-minded streaming service, and depending on what channels you want, it might be right for you. The 59 Philo channels lean decidedly toward entertainment; the Philo channel list includes AMC, Discovery, IFC, Lifetime, and the Paramount Network, all for $20 a month. so if you want to stream Boomerang TV Show you’re in luck: You can find it on Philo. Philo also comes with free cloud DVR, but shows recorded are deleted after 30 days, so binge responsibly.

If you’re looking for a streamlined, cost-effective streaming package, check out Sling TV. It offers two basic cable packages, Sling Orange and Sling Blue, each of which costs $30 per month. There’s also the third option of getting Sling Orange + Blue for just $45 per month. You’ll get more Sling TV channels by choosing Sling Blue, with its 40 channels including sports favorites like FS1 and NBCSN and cable mainstays like Food Network and Discovery Channel. But Sling Orange brings must-haves Disney Channel and ESPN as part of its package. To stream Boomerang TV Show, you’ll either need Sling Blue or Sling Orange + Blue. Sling also has a number of add-ons, including robust international packages organized by languages all over the globe.